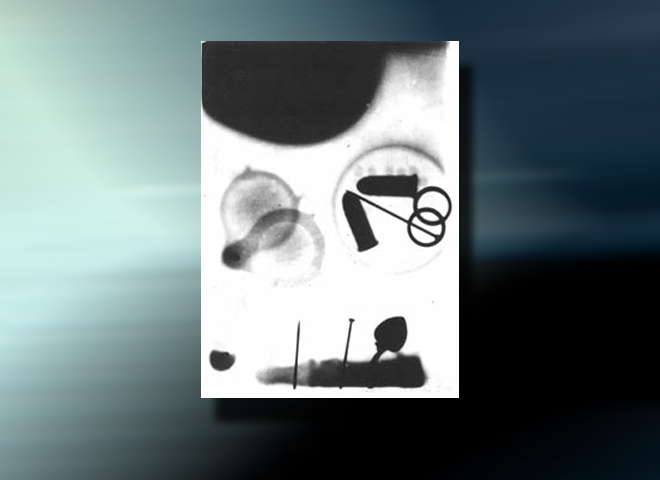 And now a page from our "Sunday Morning" Almanac: January 12th, 1896, 118 years ago today . . . the date of an historic rogue X-ray at Davidson College in North Carolina.

On that night, three of Professor Henry L. Smith's students bribed a janitor to let them into the physics lab, where they made an experimental X-ray photograph of items that included two bullets, two rings, and a finger cut from a cadaver.

One of the first X-ray images in America, it was hardly the last.

The very next month, Professor Smith published his own X-ray photograph of a cadaver's hand.

Ghostly and mysterious to the layman, X-rays captured everything from fractures to conjoined twins -- and captured the popular imagination, too.

From the 1920s to the early '70s, many shoe stores featured X-ray machines that supposedly helped to assure a perfect fit -- but also emitted poorly-regulated levels of radiation.

... while in the 1978 movie, "Superman," the visitor from Krypton showed off his X-ray vision to a perhaps too-curious Lois Lane.

Back in the real world, the debut in 2007 of airport security scanners -- called backscatter X-ray -- that produced all-too-explicit body images raised widespread safety and privacy concerns.

A health study last year by the American Association of Physicists in Medicine concluded: "The risk to the individual is thought to be close to zero" . . .  while the TSA assured the traveling public just last month the scanning software now in use creates "a generic outline of a passenger that is identical for all passengers."

... and also that none of its employees is from Krypton.