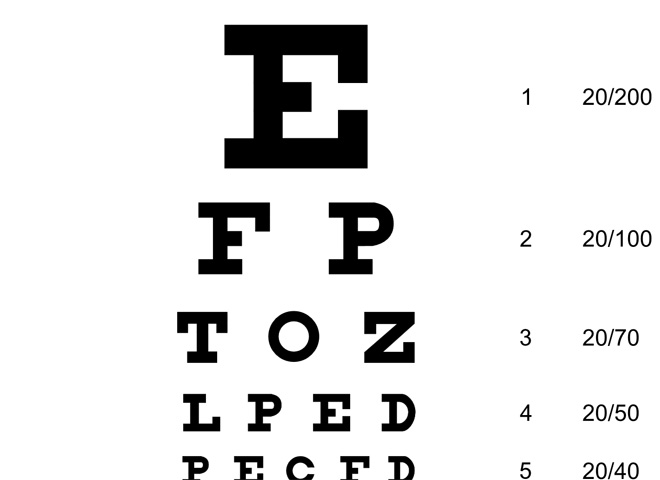 Their somewhat clunky appearance, and their spacing, were all carefully designed by Snellen to test visual acuity.

And it's Snellen who devised the system of rating one's vision as a ratio.

If a patient could read a line of type 20 feet away with what Snellen judged to be normal acuity, he proclaimed them to have 20/20 vision.

Ophthalmology has since advanced far beyond anything Herman Snellen could ever have foreseen. But even so, the Snellen chart and the Snellen ratio are still in wide use today.


The eye doctor business has taken to heart,
The late Herman Snellen's acuity chart.
Working down line by line from that Capital E,
The doctor could tell just how well we could see.
And though he was not one for crass braggadocio,
His legacy includes the famed Snellen ratio.
In short, you would have to be some sort of felon
To try to steal credit from eye doctor Snellen.