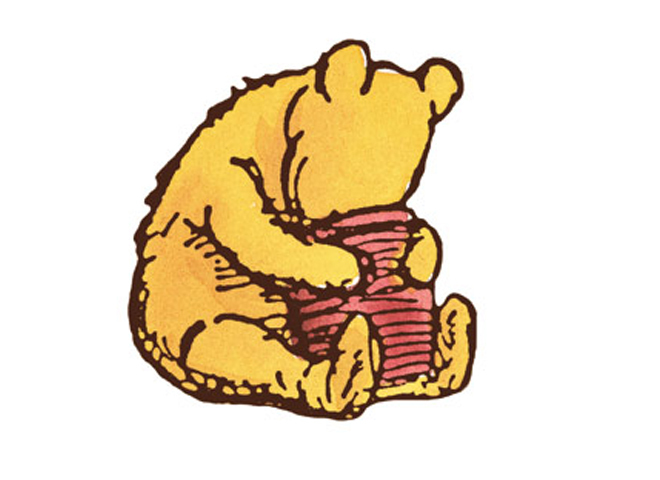 (CBS News) And now a page from our Sunday Morning Almanac, October 14, 1926 . . . 86 years ago today, a very sweet and sticky day for generations of young readers.

For that was the day "Winnie-the-Pooh" by Alan Alexander Milne was published in Great Britain.

Though he was "Edward Bear" in those opening lines, Christopher Robin soon nicknamed his stuffed friend "Winnie the Pooh," as he was known ever-after.

He was named after a REAL bear, "Winnepeg" ("Winnie" for short) at the London Zoo, and a pet swan named "Pooh," Milne met once on holiday,

Milne began writing the stories after his son received a stuffed bear as a birthday present, and started collecting friends for Pooh - namely, Piglet, Tigger, Eeyore, Kanga and, of course, Roo.

Milne wrote just two "Pooh" books, but in the decades that followed others picked up his mantle, and a steady stream of Pooh's adventures have been published in more than 20 languages.

In 1961 the Walt Disney Company bought the rights, releasing a number of popular films, including "Winnie-the-Pooh and the Blustery Day," which won an Academy Award in 1969.

A. A Milne died in 1956, his son Christopher Robin in 1996. But Pooh lives on. You can even visit him - the original stuffed bear that started it all is on display at the New York Public Library.

Which brings to mind a conversation from that first book:

Which is just about as long as children the world over will have a friend in Winnie the Pooh.