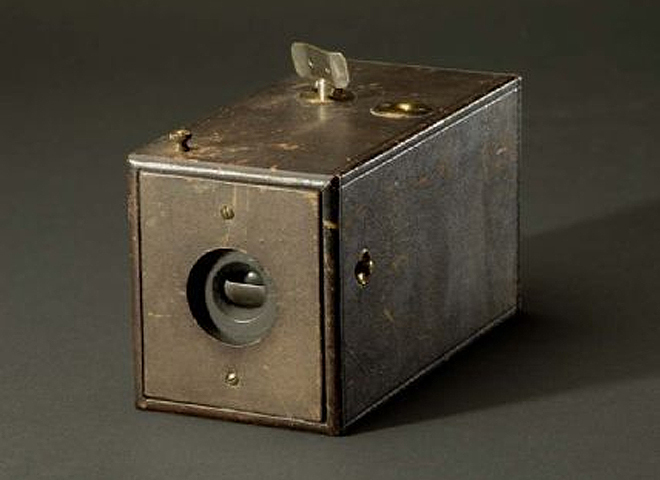 And now a page from our Sunday Morning Almanac ... September 4th, 1888, 123 years ago today, a day that was close to picture perfect.

Inventor George Eastman patented his new roll-film camera that day ... and registered the trade mark "Kodak," a name he is said to have concocted because he liked the "K" sound.

Eastman's camera opened up photography to amateurs for the very first time.

He followed up with the Brownie in 1900 ... a brand-new point-and-shoot camera for the brand-new century.

Skip ahead a few decades and along came Kodachrome ... the color film that became the stuff of legend and song ... and which by mid-century was the basis for countless family slide shows.

"It's a baby boom product," said Todd Gustavson, curator of technology at Eastman House, the Kodak museum. "After World War II, availability of new automobiles, national parks were open, people were able to have some time to travel, and of course now there is this new color film which you could use to document your family vacations and then of course come back and show your friends and neighbors your slides on your carousel or Kodak slide projector."

And let's not forget the biggest Kodak picture show of all .. the Coloramas that commanded New York's Grand Central Terminal for more than 40 years.

But time and technology took a toll on Kodak's dominance.

Americans by the millions embraced digital photography over film ... to the point that Kodak announced in 2009 that it was taking all of our Kodachrome away by halting production for good.

Now, after a series of steep financial losses ... Kodak is struggling to re-invent itself as a digital imaging and printer company ... and above all, to stay in the picture.