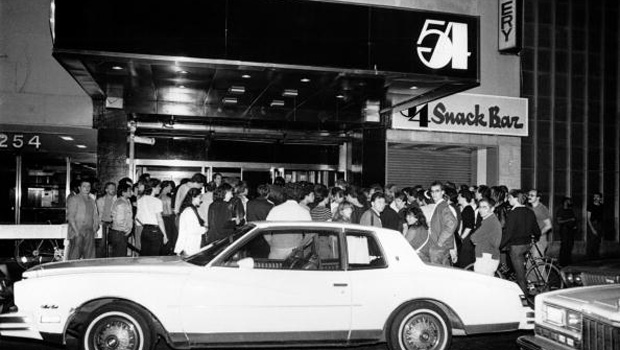 Built as a theater in 1927, the building had served for many years as CBS's Studio 52 -- home to several TV shows, including "Captain Kangaroo."

Glitzed up and renumbered (to match its West 54th Street location), Studio 54 was a long way from anything the Captain could have conjured up!

The disco's giddy sex-and-drugs-fueled heyday was depicted in the 1998 film, "54," starring Mike Meyers in the role of Steve Rubell.

But the party ended in 1980 with the conviction of Rubell and co-owner Schrager on tax evasion charges, and the closing of Studio 54.

After their release from prison in 1981, the pair went on to other ventures -- including, eventually, the hotel business.

And though Steve Rubell died in 1989 at the age of only 45, Ian Schrager is still going strong today as a leading operator of boutique hotels.

As for Studio 54, it returned to its roots back in 1998, as a home for New York's Roundabout Theatre Company.