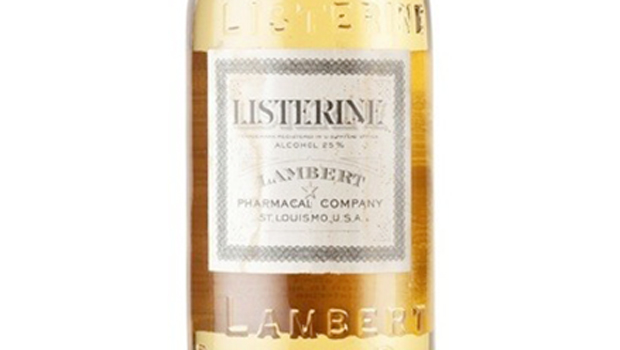 For that was the day the Lambert Pharmacal Company was awarded a trademark for Listerine.

Named for the English doctor Joseph Lister, the pioneer in antiseptics, Listerine was first marketed for surgical use in the 1880s by a pharmacist named Jordan Lambert.

Its big breakthrough came in the 1920s, with the launch of a hugely-successful advertising campaign playing up the threat of "halitosis" (a fancy word for bad breath).

With classic print ads such as "Often a Bridesmaid, Never A Bride," Listerine offered hope to anyone facing social ostracism because of his or her bad breath.

Not that Listerine limited itself to the scourge of halitosis alone. Other ads over the years claimed its efficacy against a host of maladies, including sore throat, ringworm, and even dandruff.

But it's the simple theme of social acceptance through better breath that Listerine has stressed during its television years.

Below: A 1952 Listerine commercial:

Today, after a series of mergers and acquisitions, Listerine is made by Johnson & Johnson, and comes in a rainbow of colors and varieties.

Though some of us still miss that plain paper wrapper the bottle used to come in.