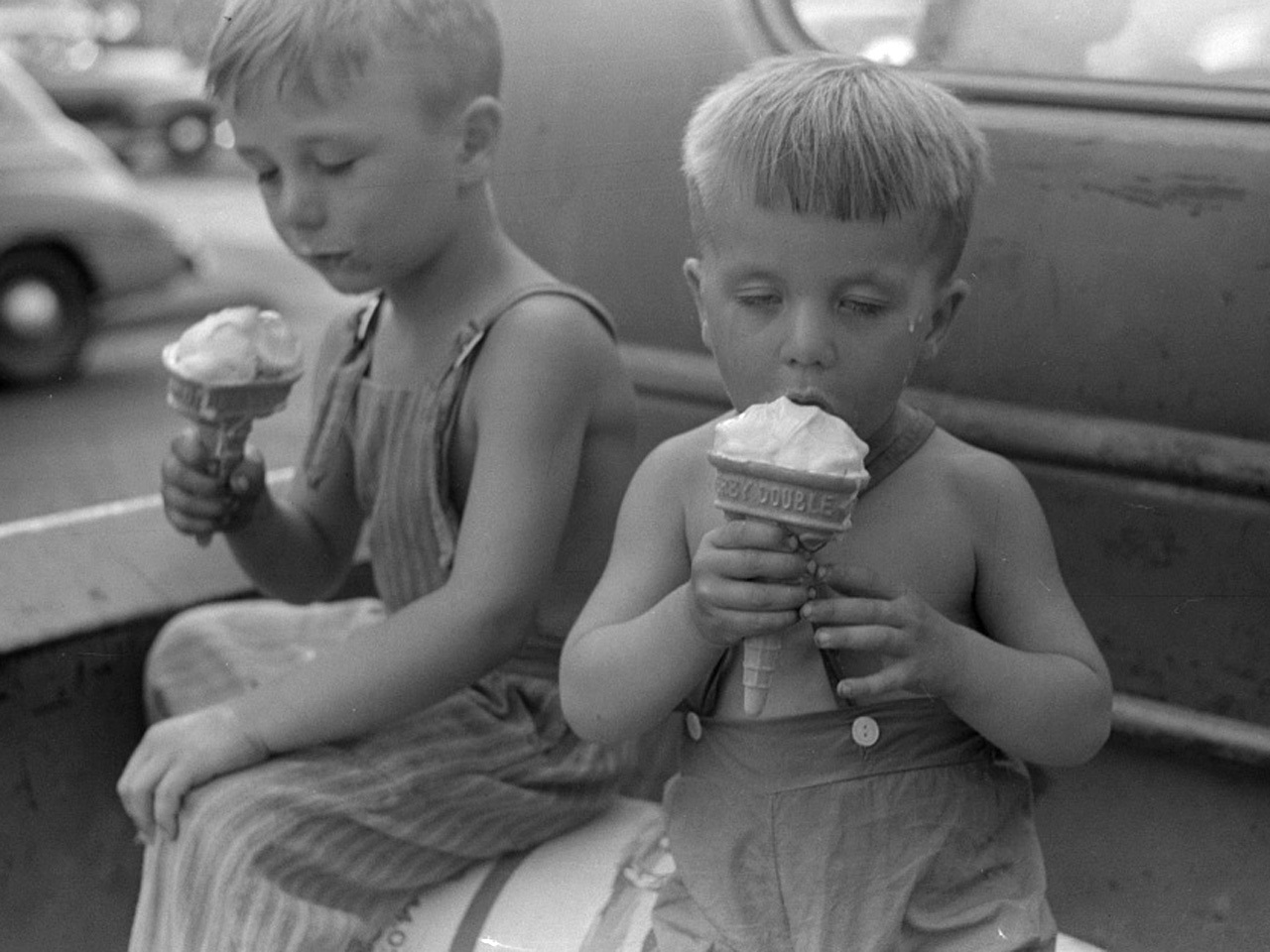 For that was the day Italo Marchiony of New York filed a patent application for what he called "a molding apparatus for forming ice cream cups" -- shallow forerunners of the modern ice cream cone.

Though other accounts credit an ice cream vendor at the 1904 St. Louis World's Fair, among others, with inventing the cone, it was Marchiony who laid claim to the first patent.

By 1924, Americans were eating 245 million ice cream cones per year.

Nowadays, it's well over a billion cones per year.

And you never know whom you'll find eating one. Mitt Romney was immortalized enjoying one last summer, joining a long line of political candidates caught in the act.

And it's not just humans.

From chimps to kangaroos to everything in-between, photographers love capturing animals munching on cones.

And, yes, in case you were wondering, there are YouTube videos of CATS eating ice cream cones as well.

Today marks the end of what dairy industry statistics say is the top ice cream-eating season.

Still, there's no law that says you can't break that mold -- and enjoy a cone anytime you want, all year long.