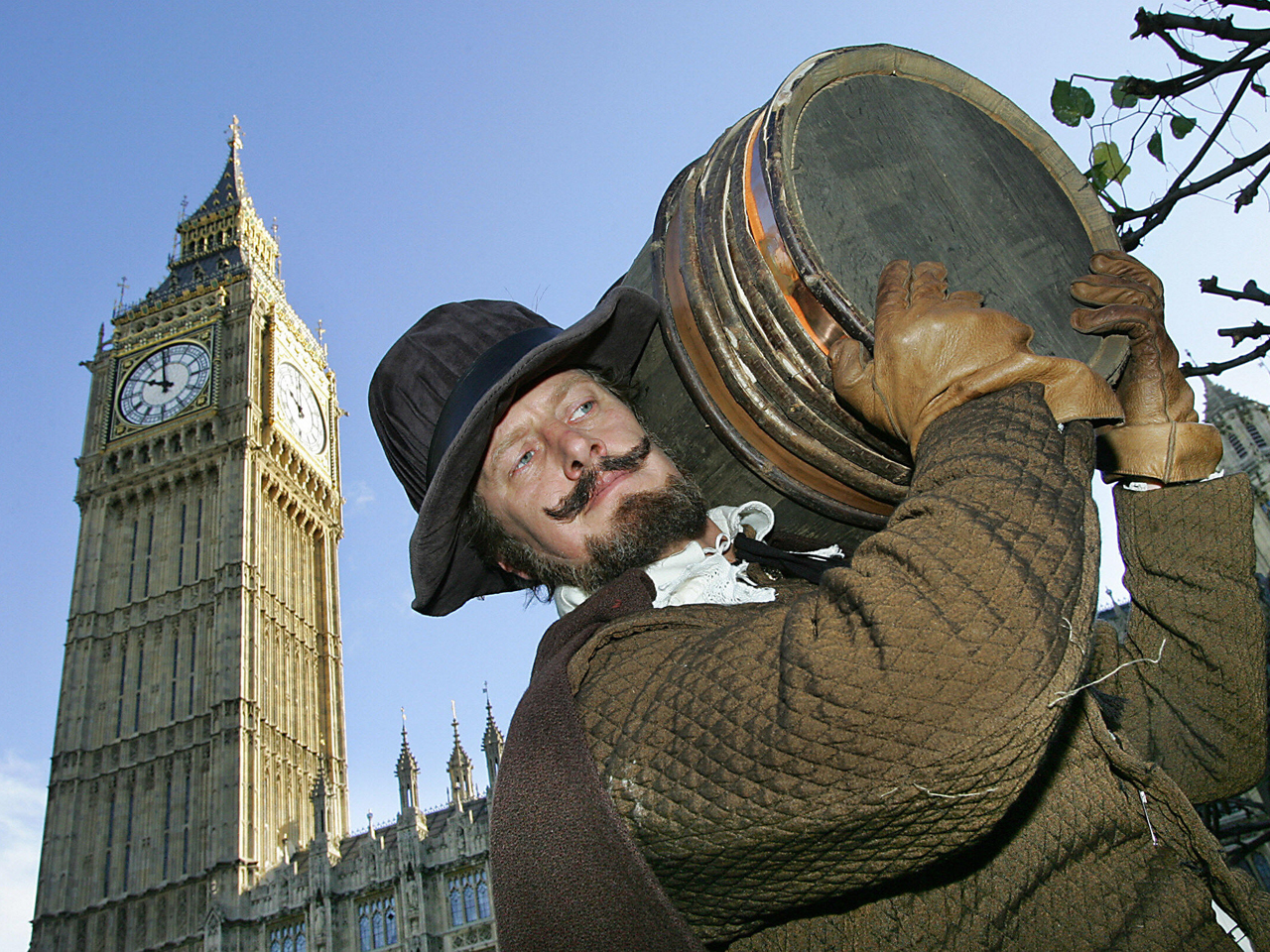 And now a page from our "Sunday Morning" Almanac: April 13th, 1570, 444 years ago . . . the generally accepted birth date of the English conspirator Guy Fawkes.

Though his father held a job with the Church of England, Fawkes grew up to hold Roman Catholic loyalties at a time when Catholics were persecuted.

Fawkes served for a time in the army of Catholic Spain, under the name "Guido," and upon his return to England in the early 1600s he joined a Catholic plot to place gunpowder under the Houses of Parliament and blow them up.

But early on the morning of November 5th, 1605, Fawkes and the gunpowder were discovered.

King James took a personal interest in Fawkes' case. In the words of his directive, "The gentler tortures are to be used first against him . . . and so by degrees proceeding to the worst."

Within days, Guy -- a.k.a. "Guido" -- signed a confession revealing the names of his co-conspirators.

Fawkes and company were executed early the next year, and ever since, Britain has celebrated the foiling of the plot every November the Fifth with fireworks and bonfires.

As for Guy Fawkes, he has become a sort of all-purpose personification of insurrection and rebellion, most vividly perhaps in the 2005 film "V For Vendetta," wherein the leader of a revolt against a future totalitarian regime hides his identify behind a stylized Guy Fawkes mask.

The mask has been adopted more recently still by protesters of all sorts, from Venezuela, to Washington, to Wall Street and more.

"Remember, remember the Fifth of November . . . Gunpowder, Treason, and Plot" is the way a popular rhyme begins.

And with Guy Fawkes as the plot's highly recognizable frontman, there's no likelihood of it being forgotten any time soon.