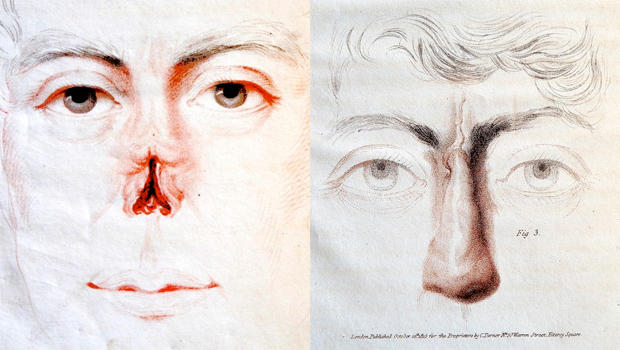 His subsequent successful operations -- and his writings about them -- caught the attention of the medical world.

Fast forward to today, when plastic surgery figures prominently in tabloid speculation about any number of Hollywood stars.

Plastic surgery has even played a starring role on TV, in shows such as “Nip/Tuck.”

Popular as plastic surgery is here in the United States, it’s even more popular in beach body-minded Brazil. Even the girl from Ipanema is getting a little extra help these days, as CBS News’ Trish Regan discovered during a visit in 2005:

“Right After actually leaving the clinic,” Vanessa Nunes told Regan, “I felt different already. Okay, people are looking now. I like it!”

Still, when it comes plastic surgery, all is NOT vanity.

According to the American Society of Plastic Surgeons, the number of Americans who had cosmetic surgery last year was about 1.7 million, while more than three times as many -- nearly six million people -- had reconstructive surgery for medical reasons.

Restoring the Aurora, a cruise ship with a storied past
Thanks for reading CBS NEWS.
Create your free account or log in
for more features.
View CBS News In
CBS News App Open
Chrome Safari Continue
Be the first to know
Get browser notifications for breaking news, live events, and exclusive reporting.