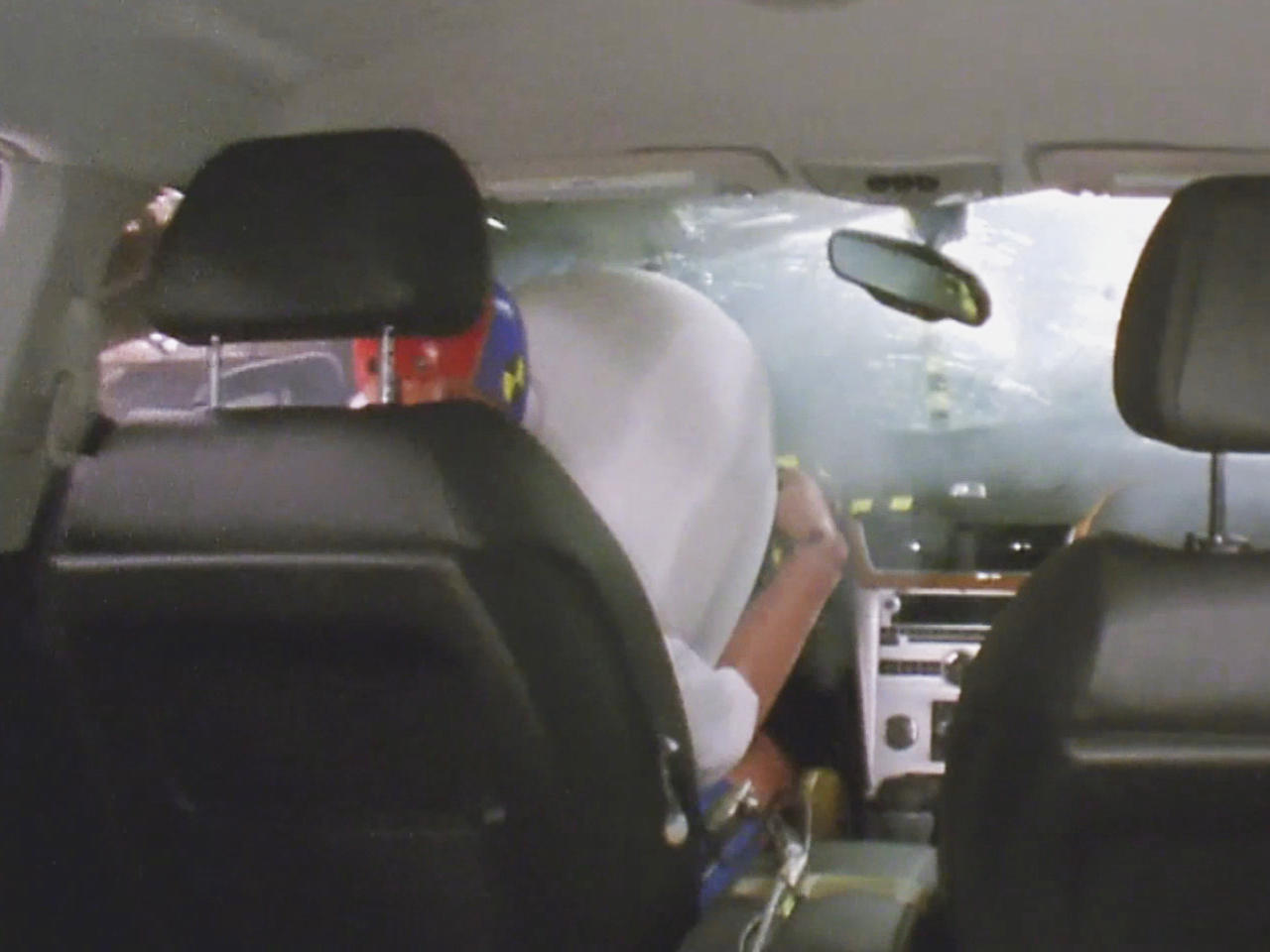 September 1, 1998 – 21 years ago today – was the day all new cars and light trucks in the U.S. were required to have air bags in the front seats, a feature some auto manufacturers were already providing voluntarily.

Seat belts had been required since the 1960s. Air bags took a little longer to develop. Activated by a sensor, a front air bag inflates in less than one-twentieth of a second. Side air bags inflate even faster.

Although some injuries and even deaths have been blamed on air bags, particularly in their early years, that is vastly outweighed by the number of lives saved.

According to the National Highway Traffic Safety Administration's latest figures, air bags have saved 50,457 lives from 1987 through 2017.

Still, air bags have come in for some good-natured ribbing in our popular culture over the years, as in the 1988 film "The Naked Gun: From the Files of Police Squad," starring Leslie Nielsen:

[Yes, there is an entire YouTube channel of clips from films and TV shows featuring air bags.]

All kidding aside, air bags are serious life savers ... and the one feature of our cars that we hope we will never need.