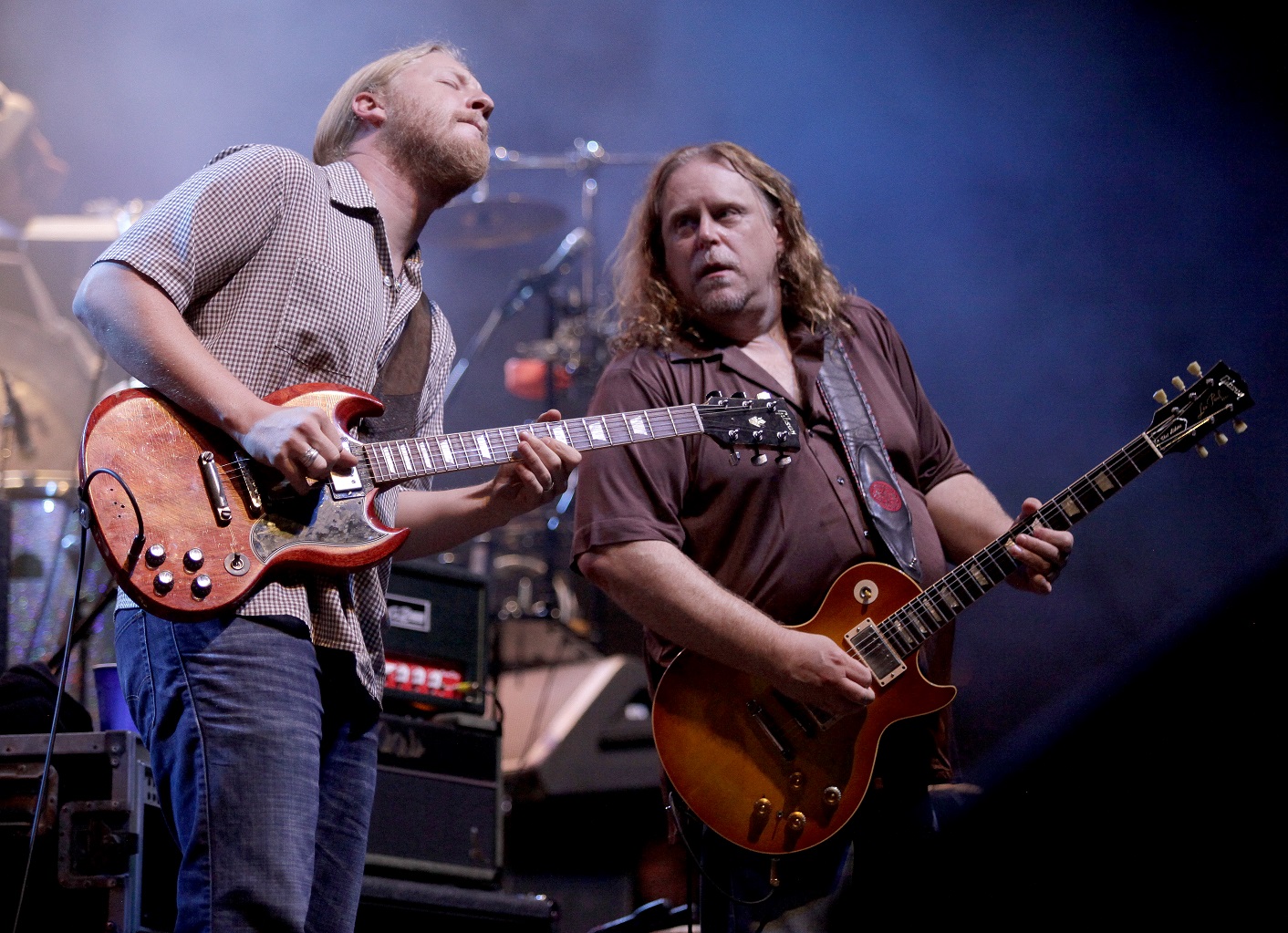 But since the band began 45 years ago, they've become known just as well for their tragic stories as for their music, reports CBS News correspondent Anthony Mason.

"The thing that always impressed me is whenever we hit the stage, there was always that energy and the blood and sweat on the snare drums, and 2 and 1/2, three hours later, these guys are 60 something years old -- it's been an inspiration the whole time," lead guitarist Derek Trucks said.

At 35 years old, he's the youngest member of the band.

Formed in the late '60s by Duane Allman and his younger brother Gregg, the band broke through in 1971 with their third album, recorded live at New York's Fillmore East.

"It's about the exploration and the improvisation and the just sheer power that was coming off of this band and Fillmore East is the record that set them off on this trajectory of becoming one of the biggest bands in the world," Rolling Stone music critic Alan Light said.

But just two weeks after their record went gold, Duane Allman was killed in a motorcycle accident in Macon, Georgia. He was only 24 years old.

"After Duane died they got together and said, 'Well, do we go or do we not go?'" Light recalled. "And the feeling was what Duane would have wanted is, 'Go keep playing, that's what you know how to do and that's everything we've been working on.' And they dug in their heels and found a way to rearrange and reconnect the band and move forward."

"It's kind of a testament to what Duane Allman was about in the very beginning," Trucks said. "He lit a fire under those guys and it's still burning."

Despite brief breakups and repeated cast changes, the band kept forging ahead, with Gregg keeping his brother's dream alive year after year.

"That was his vision for the Allman Brothers was," Allman's daughter Galadrielle said. "That he would make a band with equally talented musicians as strong as he was that could all spread out together."

She said when she sees the band now, she still hears her father.

"It's impressive, you know?" Trucks said. "It stayed true to what it was about the whole time. And I can't think of another band that's been able to do that."

But the road for the Allmans may not go on forever. In January, both Trucks and guitarist Warren Haynes announced they were leaving the band.

Tuesday night's concert at the Beacon Theater will be their last.

But he couldn't say if their leave will mark the end of the Allman Brothers all together.

"We'll see with the band; you never know," Trucks said. "I would never bet on it one way or another."

Data from Equifax hack could "end up on the black market"