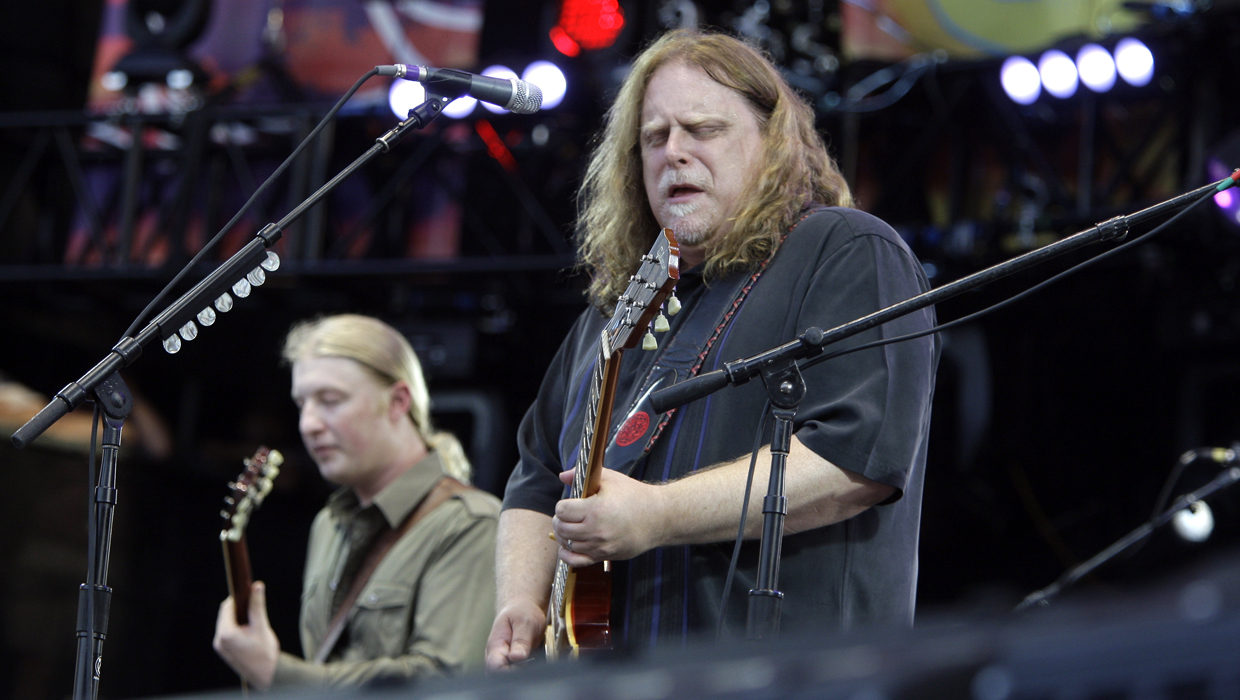 Warren Haynes and Derek Trucks are ending their run in the Allman Brothers Band at the end of 2014 to spend time with family and pursue other projects.

Haynes has been a member of the blues-rock band for 25 years, and Trucks joined in 1999. Both musicians released statements on Wednesday explaining their departure from the group, which also features Gregg Allman, drummers Jai Johanny "Jaimoe" Johanson and Butch Trucks, percussionist Marc Quinones and bassist Oteil Burbridge.

In a joint statement, they explained: “We will be forever grateful for the opportunity and the experience, and for the love, enthusiasm, and support of the incredible fans. We are both preparing to dig even deeper into our various creative and musical endeavors and, as a result, 2014 will be our final year as part of the band.”

Both Haynes and Trucks released individual statements, too. "While I've shared many magical moments on stage with the Allman Brothers Band in the last decade plus, I feel that my solo project and the Tedeschi Trucks Band is where my future and creative energy lies,” said Trucks. “The Tedeschi Trucks Band tour schedule keeps growing, and I feel the time has finally come to focus on a single project, which will allow me to spend that rare time off the road with my family and children.  It’s a difficult decision to make, and I don’t make it lightly.”

Haynes added, “As someone who's been fortunate enough to juggle a lot of musical projects and opportunities I look forward to maintaining a vigorous schedule which will include many more years of touring and recording with Gov't Mule in addition to my solo projects and to enjoying more family time as well. Being part of the ABB has opened a lot of doors for me and that's something I don't take for granted nor do I take for granted the friendship and musical relationships I have with each of the members. The 45th Anniversary of the ABB is a milestone amidst too many highlights to count and I'm looking forward to an amazing year creating music that only the Allman Brothers Band can create.”

The Allman Brothers Band will take the stage Friday in an all-star tribute to Gregg Allman at the Fox Theatre in Atlanta, Ga. The band will also host its annual residency at the Beacon Theatre in New York in Mach, celebrating its 45th anniversary.