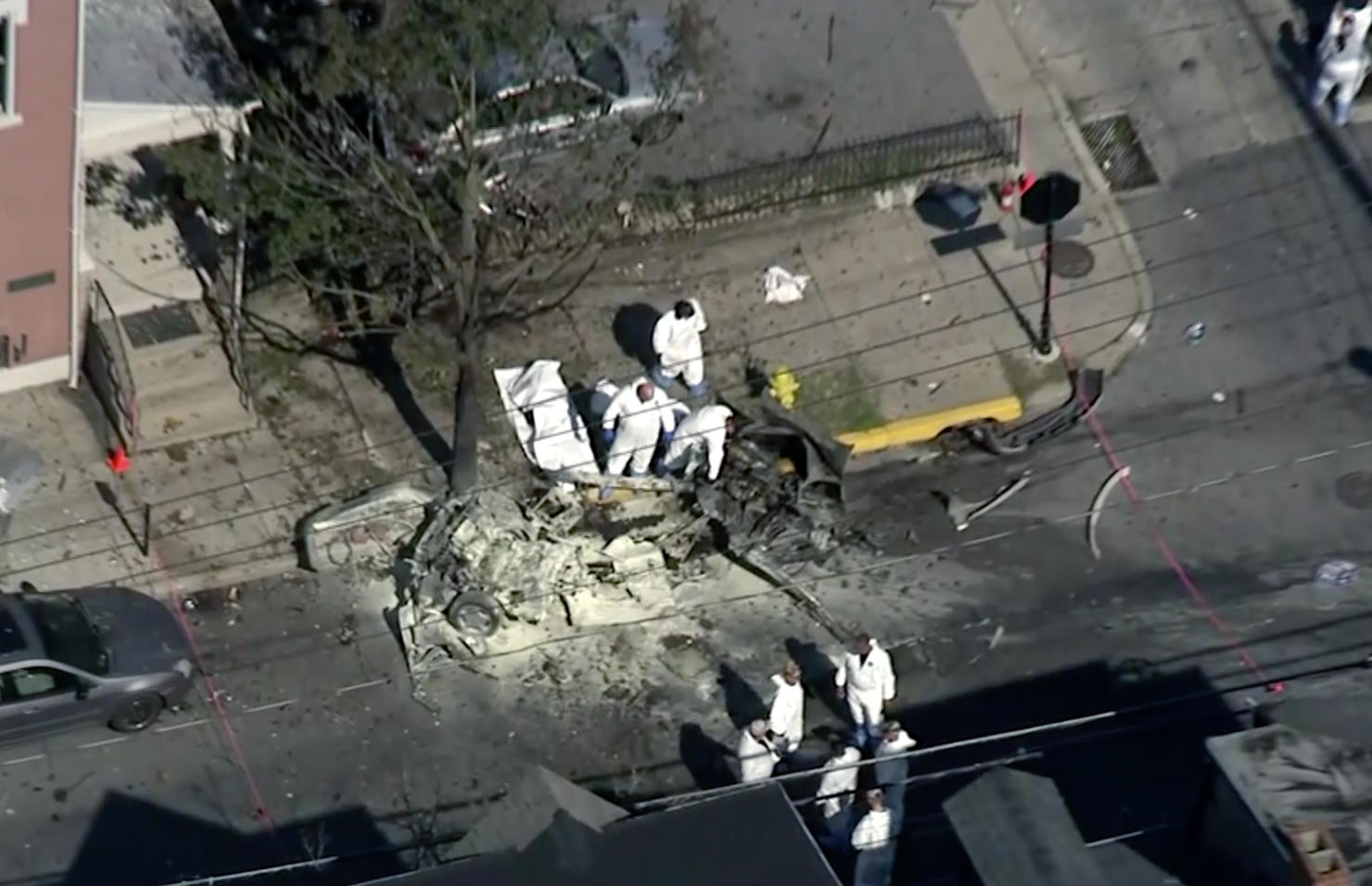 As investigators combed the wreckage for clues, a father and his 2-year-old son have been identified as the first known victims of a car explosion in Allentown, Pennsylvania, on Saturday night that left a downtown street strewn with parts of cars and human bodies. Lehigh County District Attorney Jim Martin said investigators believe one of the three dead males was a suspect in the explosion.

Some 30 investigators combed the blast scene Monday, most of them from the federal Bureau of Alcohol, Tobacco, Firearms and Explosives. Some wore hazmat suits.

"We know there's been a criminal incident," District Attorney James Martin told reporters at a news conference Sunday. "We have a high degree of confidence that the perpetrator was probably killed in the incident."

Authorities released no information about the possible cause of the blast, including whether it was a bomb, but Martin said "loads of us in law enforcement" are confident "this was A. an isolated incident and B. there's no continuing threat."

A video posted to Twitter showed first responders watching a burning car, and a dismembered human hand lying in the street.

Lehigh County coroner Scott Grim identified the dead as Jacob Schmoyer, 26, and his 2-year old son Jonathan, along with 66-year old David Halman. It wasn't immediately known how the men were connected to each other.

The Morning Call newspaper reported that investigators had visited a house in the city and that a woman living in the house had left with them.

Resident Carlos Perodin told The Morning Call that he was watching a movie with his wife when he heard a thunderous explosion and went to the scene.

"The fire was crazy," he said. "The car was pretty much split in half."