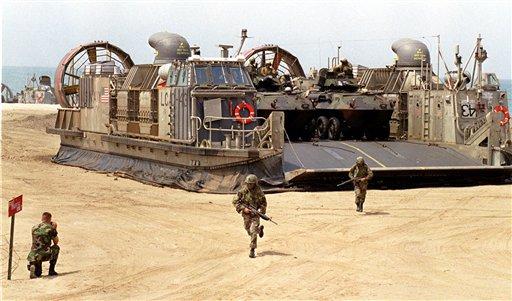 Authorities say two relatives of Iraqi Prime Minister Ayad Allawi have been kidnapped: a first cousin and the cousin's daughter-in-law.

An advisor to the Iraqi prime minister tells CBS News in Baghdad that six to eight kidnappers abducted the Allawi relatives as they walked out of their garage.

The source say Allawi is "close" to the kidnap victims and is concerned, but is carrying on with business as usual - full of "moral fibre" and determination not to give in to terrorists.

A posting on an Islamic Web site by a group calling itself Ansar al-Jihad group claims responsibility for the kidnapping and threatens to behead the victims in 48 hours if their demands aren't met.

They demanded that Allawi and his government release all female and male detainees in Iraq, and lift the siege on Fallujah.

"We promise Allah and his messenger that if the agent government doesn't respond to our demands within 48 hours, they (the hostages) will be beheaded."

The group claims to have kidnapped Allawi's cousin, the cousin's wife and another relative - a claim consistent with early reports of the crime, but one which has not been verified.

A spokesman for Allawi identifies the missing as the prime minister's cousin, Ghazi Allawi, and his cousin's daughter-in law.

"Ghazi Allawi is 75 years old. He has no political affiliation, and is not holding a government post," said Allawi spokesman Thair al-Naqeeb.

Hundreds of Iraqis have been kidnapped in recent months, mainly by groups demanding ransom.

More than 170 foreigners have been kidnapped by insurgents in Iraq since Saddam Hussein's regime fell in April 2003. More than 30 foreign hostages have been killed. Many of the kidnappers pursue political motives such as the withdrawal of foreign companies and troops from Iraq.

In Fallujah, the full-scale battle continues to wrest control of the city from rebel forces.

The military said at least 71 militants had been killed as of the beginning of the third day of intense urban combat, with the casualty figure expected to rise sharply once U.S. forces account for insurgents killed in airstrikes.

As of Tuesday night, 10 U.S. troops and two members of the Iraqi security force had been killed, a toll that already equaled the number of American troops who died when Marines besieged the city for three weeks in April.

Major Francis Piccoli, of the 1st Marine Expeditionary Force, says U.S. forces that pushed south through Fallujah's central highway overnight now control 70 percent of the city, with the remaining insurgents in a strip along the main east-west highway.