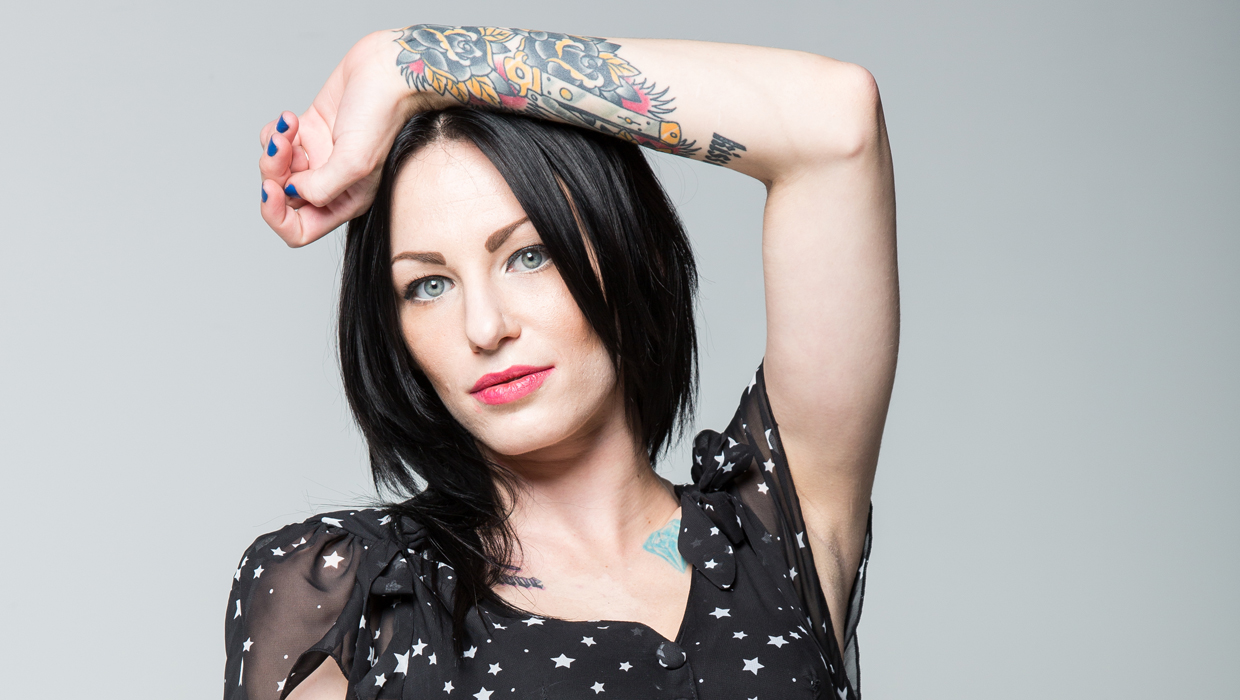 SANTA CRUZ, Calif. - Alix Tichelman, an alleged high-end prostitute accused of injecting Google executive Forrest Hayes with a fatal dose of heroin and leaving him to die on his yacht, pleaded not guilty Wednesday morning in a California courtroom on manslaughter charges, along with drug and prostitution charges.

News of the femme-fatale's involvement in the unsavory death of the Google executive aboard his high-priced yacht in Santa Cruz, CA, has caused ripples of anger and frustration clear across the country for the friends of nightclub owner Dean Riopelle in Atlanta, GA. Riopelle, 53, her ex-boyfriend, also died of a drug overdose - apparently, like Hayes, with Tichelman by his side.

"Oh my God, she killed somebody else," thought Kimberly James when she heard about the death of Google executive Forrest Hayes and the arrest of Alix Tichelman. "That's the girl who killed my friend."

James has always wondered what role Tichelman may have played in the death of her friend Riopelle. James says she remembers him saying, "If anything happens to me, Alix (Tichelman) did it."

Those words have haunted James since he died in September of 2013. That is when Tichelman called 9-1-1 to report a drug overdose and accident at the nightclub owner's home in Milton, GA, 30 miles from Atlanta.

Two months later, authorities say high quality security video aboard Hayes' yacht captured Tichelman injecting herself with heroin, then injecting Hayes. As he began to have an adverse reaction, she then gathered her belongings and left the scene without calling for help, coldly leaving Hayes to die.

Police reported that Hayes and Tichelman seemed to have an on-going relationship. They also believe Tichelman administered the heroin with Hayes' consent.

Meanwhile, friends of Riopelle remain confused over his suspicious death. They are also uneasy with the story of drug and alcohol abuse that emerged. So when the death of the Google executive became national news, they were appalled to learn that Tichelman was again at the scene.

"When I first heard that Dean died... I always doubted the official version," says James. "As soon as I learned about the Google murder, I called the Milton PD and said, look, my friends and I suspected she (Tichelman) killed Dean. You need to look at our cell phones and social media records now."

In 2013, a medical examiner initially ruled Riopelle's death "accidental." Milton Police Capt. Shawn McCarthy says the Santa Cruz case prompted Milton police to re-examine Riopelle's case. "Both subjects in these cases died of heroin overdoses, so there are several factors we want to look at to make sure that we didn't miss anything."

Khristina Brucker, who lived at Riopelle's home for four months as a live-in nanny and babysitter to his children, also doubted the circumstances of Riopelle's death. She had never known him to drink alcohol or do drugs.

Riopelle was the lead singer of the rock band the Impotent Sea Snakes, known for their sexually explicit lyrics and outlandish stage performances. Male band members dressed in drag, women performers were often topless or nude and music was accompanied by S&M or bondage themed performances.

Friends said that Riopelle, an alcoholic, had been sober for years. James explains, Riopelle was a good father, a successful businessman, someone who coached his son's sports teams and gave to charity.

"Dean was the nicest guy," Brucker says. "He tried to help Tichelman get clean. People say he used her as a prostitute, but I think he really loved her."

Brucker had photographs of herself and Tichelman posing with Riopelle's guitars at the musician's home, but the live-in nanny did not get along with her boss' girlfriend for long.

Bruckner says Tichelman is "one of the most conniving and two-faced people I have ever met. She put a rift in that family that was almost irreparable. Dean's daughter, I can tell you for sure have got some serious trauma."

Brucker says she left the job dismayed with Tichelman's abusive treatment of Riopelle's daughter. Brucker says she once witnessed Tichelman scream at his then-11-year-old daughter, "If you ever come between me and your father, I will kill you, you little bitch."

"Alix had major issues without drugs, and so many more on drugs. She was a dark person," said the babysitter, who told CBS News Tichelman also made death threats to her.

The photos obtained exclusively by Crimesider appear to show a different side to the callous figure police describe in the video obtained from the yacht. Tichelman had various web pages filled with pictures of herself posing.

Apparently Tichelman met Google exec Hayes online through "a sugar daddy dating website." On one site, police say Tichelman boasted she had over 200 clients commanding up to $3,000 a job. In order to arrest Tichelman after the death of Hayes, cops snagged her in a prostitution sting posing as clients seeking services.

Photographer Diaz became quickly disenchanted with Tichelman during his shoots, claiming she was confrontational, very critical, combative, and mean. "She would spill her guts about her life such as car problems, how she didn't get along with Dean's family and friends, and how she knew Dean was going to marry her."

A final macabre twist involves another ex-boyfriend of Tichelman's. He is doing a 20-year prison sentence for an eerily similar case where he administered an overdose of heroin to a young woman he had recently met and failed to seek help for her as she died.