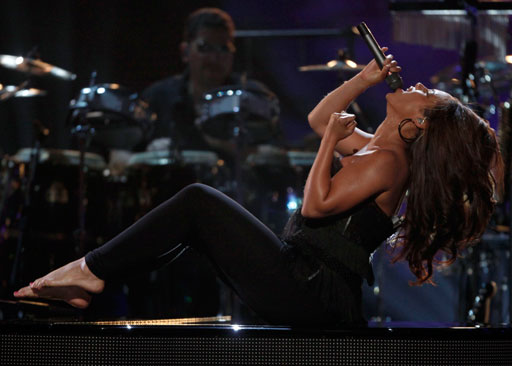 NEW YORK (CBS) A pregnant Alicia Keys gave fans a scare over the weekend when she fell while performing onstage.

The singer took a tumble during her performance at the Essence Music Festival in New Orleans.

The fall, which happened during the song "Love is Blind," elicited gasps from the crowd, but Keys immediately got back up and continued performing.

Watch the video of Key's tumble (about 10 seconds in):