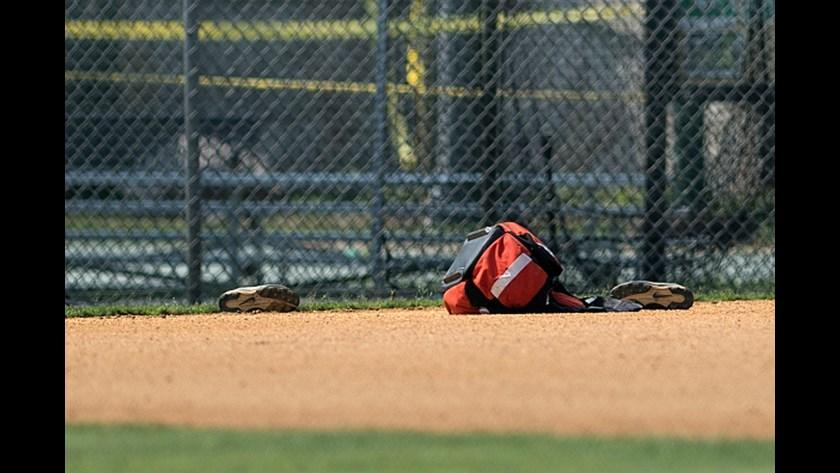 WASHINGTON -- House Republican Steve Scalise and four other people were hospitalized Wednesday after a gunman opened fire at a congressional baseball practice just outside of Washington.

Authorities say the congressman, two Capitol Police officers, Matt Mika -- a former congressional staffer who now works as a lobbyist for Tyson Foods -- and Zachary Barth, a staffer for Rep. Roger Williams, were among the victims wounded in the shooting.

According to Washington MedStar Hospital Center, Scalise was in critical condition Wednesday night. He sustained a single rifle wound to the left hip, and the bullet travelled across his pelvis, fracturing bones, injuring internal organs, and causing severe bleeding. He underwent immediate surgery, and an additional procedure to stop bleeding, and he has received multiple units of blood transfusion.  He will require additional surgeries, the hospital said.

The congressman spoke to his wife on the phone and was in good spirits before going into surgery at Washington MedStar.

The police officers injured in the shooting were identified as David Bailey and Crystal Griner. Bailey was treated and released from the hospital Wednesday afternoon, while Griner remains at MedStar. Both are "doing good," Capitol Police Chief Matthew R. Verderosa said.

According to CBS News correspondent Kris Van Cleave, Mika was attending the practice as a volunteer coach and was being treated for multiple gunshot wounds to his chest at George Washington University Hospital.

A friend of Mika tells CBS News' Major Garrett that one of the bullets struck Mika's lung, missing his heart. Mika was using a breathing tube, but he gave a thumbs up to family members. Doctors were performing a second surgery due to the severity of his injuries.

Mika is said to have sustained the most serious injuries of the victims. At this time, he remains in critical condition and could be that way for "at least several days," according to his family.

"Matt suffered multiple gunshot wounds. He recently came out of surgery but remains in the ICU in critical condition and we expect him to stay there for at least several days. Our family is now here with him and we continue to ask for privacy and understanding while we focus on Matt and his recovery."

Arkansas-based Tyson Foods Inc. said the company is awaiting word on Mika's condition. Spokesman Gary Mickelson said Mika is director of government relations for Tyson's Washington, D.C., office and that he's worked for the company for more than six years. The company says it's "deeply concerned" about Mika and his family.

Van Cleave reports Barth was in the outfield when he was shot in the leg. As he laid there bleeding, he texted for help. His boss, Congressman Roger Williams, hurt his ankle diving for cover.

Authorities have identified the shooter as James T. Hodgkinson, 66, of Belleville, Illinois. President Trump announced Hodgkinson died from his injuries.

Police say Hodgkinson was carrying an assault weapon similar to an M-4 rifle and a handgun in the attack.

The FBI has taken control of the investigation.