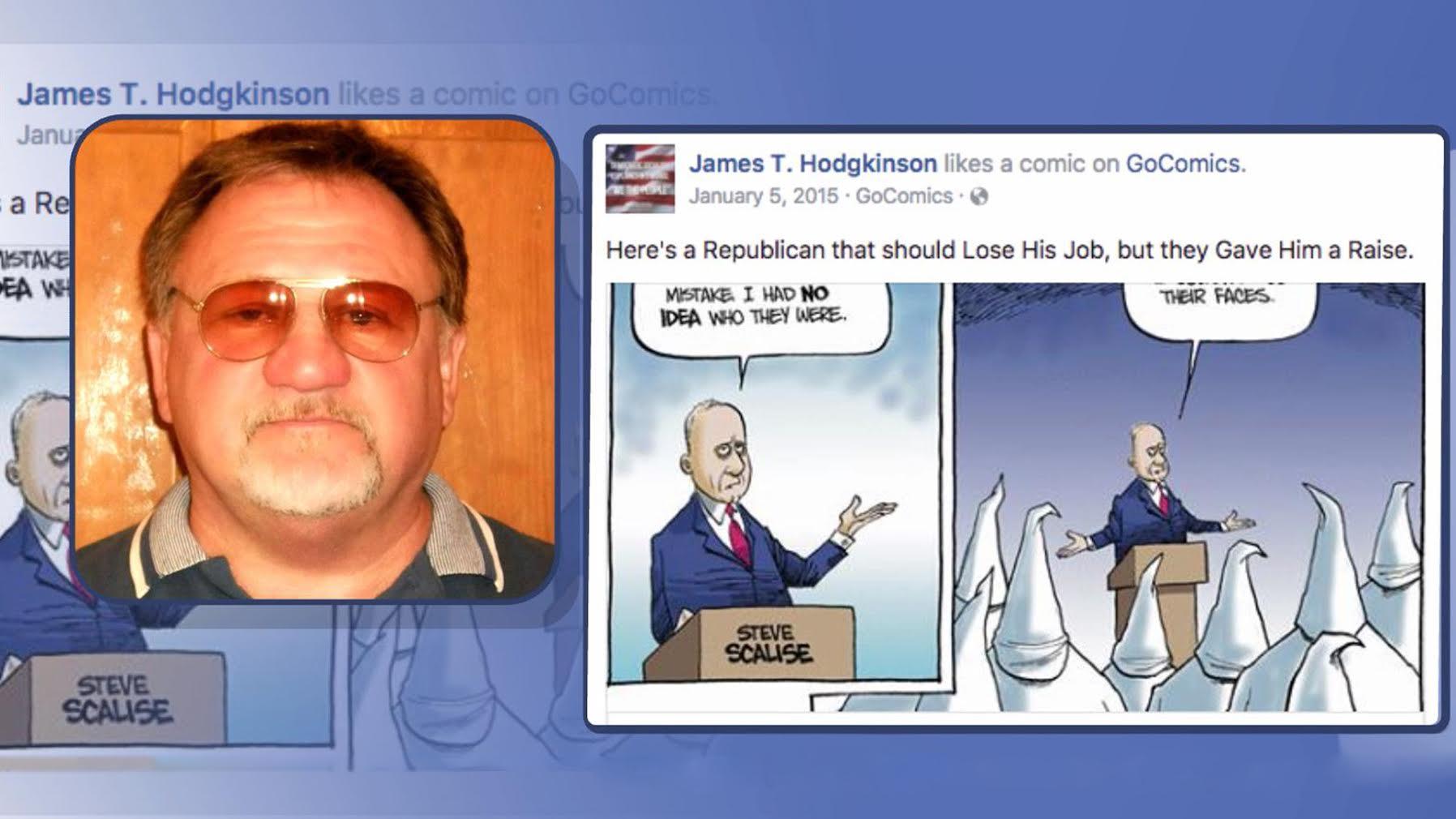 The FBI is seeking more information about Alexandria shooter James T. Hodgkinson and his motive behind the attack, which left Rep. Steve Scalise, R-Louisiana, and four others wounded.

Federal investigators searched Hodgkinson's Belleville, Illinois, home for evidence on Wednesday. They believe he had not lived there since March, when he arrived in Virginia.

Those who knew Hodgkinson say he was unhappy with the political direction of the country but they never expected him to turn violent.

Known to many as Tom, Hodkinson grew up in Belleville, graduating from a local high school in 1968. He lived in a home there with his wife, and ran a home inspection business until his license expired last November.

Ray Page, who knew Hodgkinson for 30 years, told CBS News correspondent Dean Reynolds on Thursday he was "very surprised" to hear about Hodgkinson's involvement in the attack.

Deeply engaged in politics, Hodgkinson did not keep his views secret. In a 2015 Facebook post, Hodgkinson shared a political cartoon about Rep. Scalise and added the comment: "Here's a Republican that should lose his job, but they gave him a raise."

Hodgkinson volunteered for the presidential campaign of Bernie Sanders, who condemned the attack "in the strongest possible terms." In recent months, Hodgkinson's social media posts showed disdain for the current administration. In a March 22 post, he wrote "It's time to destroy Trump and Co." Just two days later, a neighbor complained after hearing "50 shots" fired from Hodgkinson's property. Local police determined he had a valid license and asked him not to shoot off the gun in the area near other homes.

"He was very nice and said, 'Hey, I'll take it to a range, somewhere that's safer,' and that was the end of it," said St. Clair County Sheriff Richard Watson.

Rep. Mike Bost, a Republican who represents the Belleville area, said that Hodgkinson contacted his office at least 10 times by phone and email.

"When we look those over ... there is never a one that crosses the line," Bost said. "He's not happy with my position. He would prefer I would vote this way. I don't vote this way, they'll work against me next time, you know, but no threat beyond that."

Hodgkinson did have an arrest record dating back to the late 1970s, but they were mostly minor offenses and some were later dismissed.