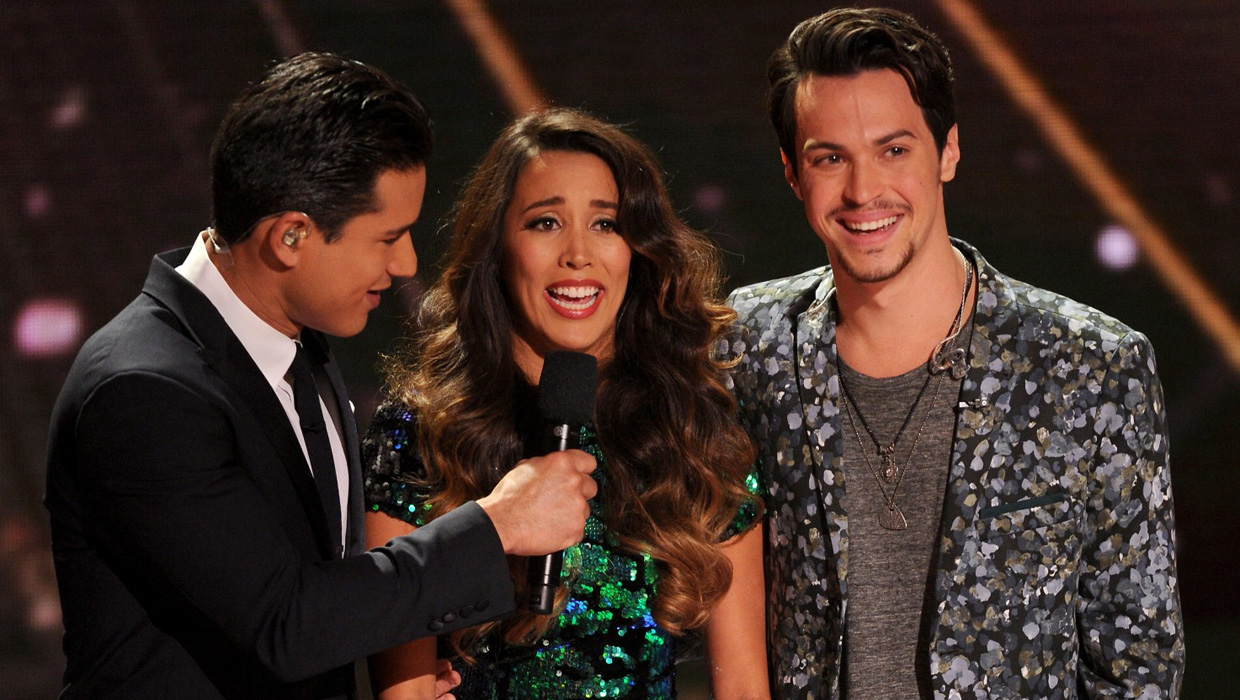 “The X Factor” has a new winner.

Alex & Sierra, the duo from the University of Central Florida, won season 3 of the Fox competition on Thursday night. Real-life lovebirds Alex Kinsey and Sierra Deaton were favored going into the two-part finale this week, but were certainly not a sure thing as the season has been pretty unpredictable.

That held true on Wednesday during the last performance show. Finalist Jeff Gutt’s rendition of Aerosmith’s “Dream On” sparked a lot of buzz, and Latin pop singer Carlito Olivero was also still in the running. But in the end, Simon Cowell's Alex & Sierra garnered enough votes to walk away with the $1 million recording contract.

After learning they took the competition, Kinsey said, "We're speechless. I don't even know...this is incredible. Thank you everybody that's voted." Deaton added, "Thank you so much for getting us here and thanks for not making fun of my weird faces all of the time."

Both Gutt and Olivero took their losses in stride. Third-place finisher Carlito said, "I'm blessed, bro. I'm happy," said the upbeat singer. "I'm in third place, I cannot be mad!" Gutt, meanwhile, said he won’t give up -- he plans to tour and make new music.

Earlier this week, Mario Lopez told CBS News that he sees good things for all three contenders. “With the finalists this week, they’re totally different. I think they’re all are probably going to do just fine afterwards,” he said.

Thursday night also saw a performance by "Glee" star Lea Michele, who sang her new single “Cannonball.” And Mary J. Blige took the stage for a rendition of “Rudolph, the Red-Nosed Reindeer.”