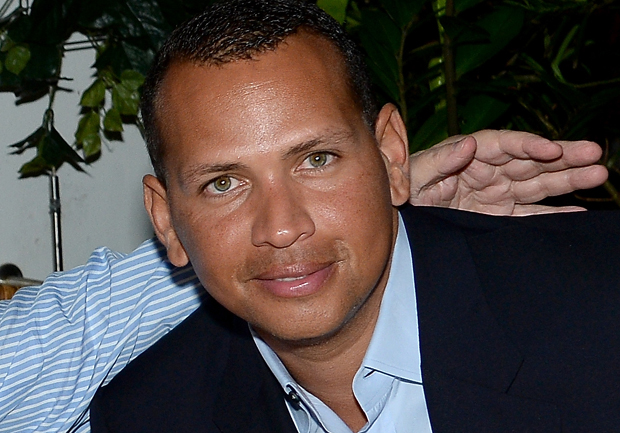 Embattled Yankees star Alex Rodriguez is fighting his suspension for the 2014 season, but he seems ready to accept the reality that he likely won't play baseball for another year.

Speaking at a promotional event for the first time since his PED-related suspension was cut to 162 games from 211 by an arbitrator, Rodriguez called his ordeal a "very sad story," according to ESPN.

"I think that in the year 2014, the league could have done me a favor because I've played 20 years without a timeout," Rodriguez said in Spanish at a press conference to open a gym in Mexico City. "I think 2014 will be a year to rest mentally and physically prepare myself for the future and begin a new chapter of my life."

Rodriguez declined to discuss his unprecedented suspension or other legal issues but he is suing Major League Baseball and the players' association in an effort to overturn the decision.

Anthony Bosch, the founder of the now shuttered Florida anti-aging clinic, said in a "60 Minutes" interview aired on CBS on Sunday night that Rodriguez paid him $12,000 per month to provide him with an assortment of banned drugs that included testosterone and human growth hormone.

After the broadcast aired, all sides involved had testy reactions.

In Mexico City, Rodriguez also thanked everyone who has supported him – from his current teammates to "retired players and players that are in the Hall of Fame." Rodriguez has indicated that he plans to attend spring training.

As for his career in the long run, Rodriguez was adamant that he would play out his contract.

"I have three years left on my contract starting in 2015 and I hope to play very well and finish my career in New York," he said.

Speaking to reporters at baseball owners' meetings, Steinbrenner said he isn't thinking about 2015.

Asked if he would welcome Rodriguez back, Steinbrenner said, "He's a great player."

"I have not thought about 2015, nor am I going to right now," Steinbrenner said. "My focus has to be right now. But when he's on and when he's healthy, he's obviously an asset. We'll see what happens."

Yankees captain Derek Jeter said he is saddened by the situation.

"The whole situation is bad," Jeter said at his Turn 2 Foundation golf classic in Tampa, Fla. "The whole thing has been kind of messy."

Jeter has been in communication with Rodriguez, but declined to say what was discussed.

"I'm sure it's a rough situation," Jeter said.

Hall of Famer Goose Gossage attended Jeter's event and called the Rodriguez matter unfortunate for the game and everyone involved.

"I wish A-Rod would just leave it alone and go on," Gossage said. "Then see about coming back. Who knows what the future holds for A-Rod and the Yankees? I think A-Rod, probably, got what he deserved. I hate to see it happen to him, but I think the punishment fits the crime."

Rodriguez's relationship with the Yankees became strained last summer, when he wanted to come off the disabled list following hip surgery before the team said he was ready. Rodriguez returned Aug. 5, the day Selig announced his suspension.

In October, Rodriguez sued the Yankees' team physician and a New York hospital, accusing them of mishandling his medical care during the 2012 AL playoffs.

Rodriguez's salary this year was cut from $25 million to $2,868,852 because of the suspension; Horowitz decided baseball's drug agreement requires he lose 162 days of pay over the 183-day season.

New York was required to make a $3 million payment to Rodriguez on Wednesday, the last installment of the $10 million signing bonus that is part of the contract Rodriguez agreed to before the 2008 season. The Yankees owe A-Rod $21 million in 2015 and $20 million in each of the deal's final two seasons.

"Those of you that know me, I'm pretty objective in my thinking," Steinbrenner said. "This is business. I'm just focusing on the team, a player. Is the player an asset to the club or not? That's about as far as I look. I don't get personal."