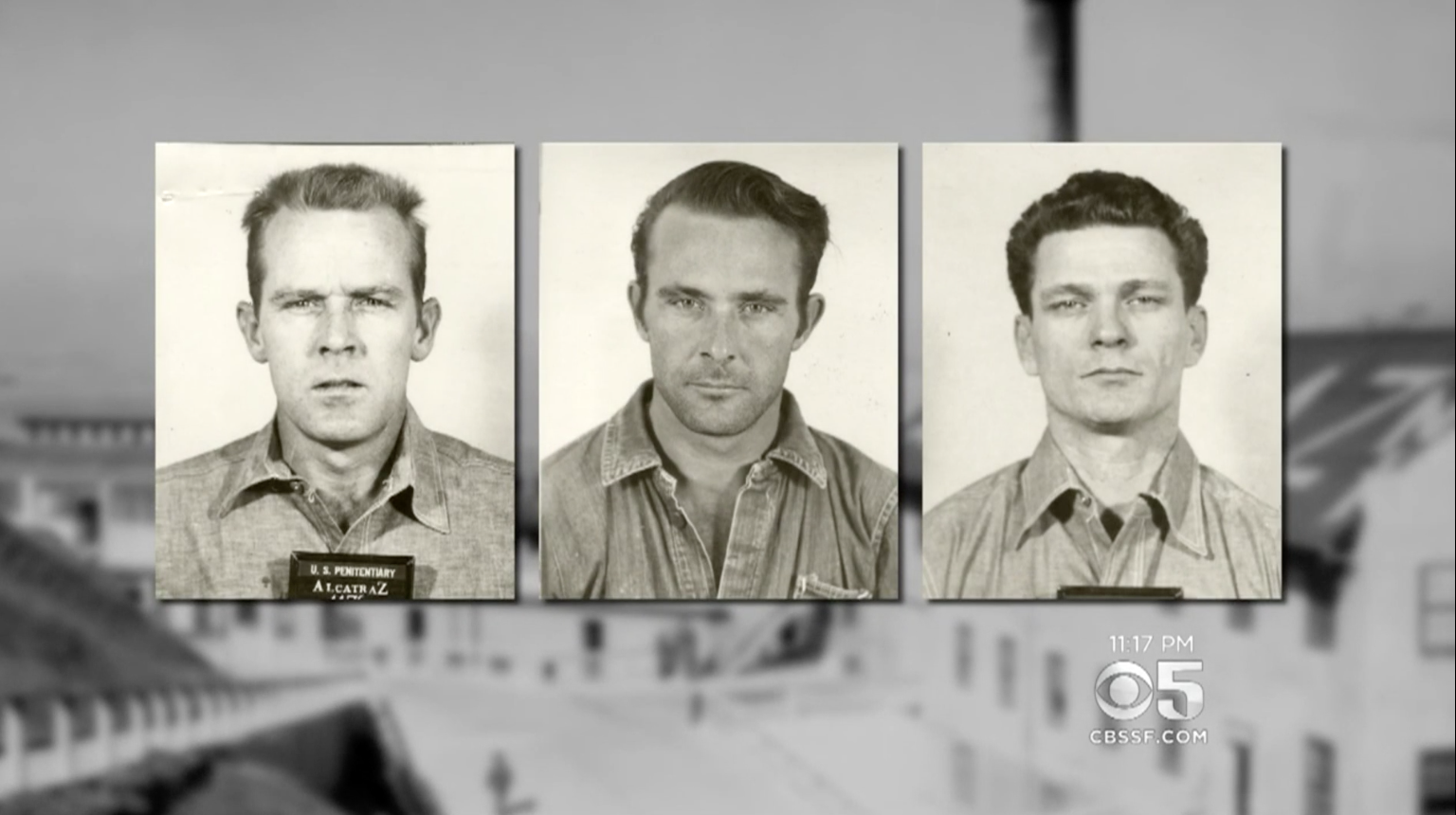 SAN FRANCISCO -- It is one of America's greatest mysteries: What happened to three men after they pulled off a daring prison break at Alcatraz in 1962? Only the worst criminals were sent to Alcatraz. And for 29 years, it was the most secure federal prison in the country -- surrounded by the cold, rough waters of the Pacific. But brothers John and Clarence Anglin and Frank Morris disappeared into the night and have never been found.

The men have become folklore -- fueled by Hollywood and popular shows. And in the last 55 years, theories about their fate have multiplied as new evidence surfaces.

A letter allegedly written by one of the escapees recently came to light. CBS San Francisco exclusively obtained it from a source.

"My name is John Anglin. I escape from Alcatraz in June 1962 with my brother Clarence and Frank Morris. I'm 83 years old and in bad shape. I have cancer. Yes we all made it that night but barely!"

The FBI says this is the most recent piece of evidence that forced the agency to reopen the iconic cold case. The letter was sent to the San Francisco Police Department's Richmond station in 2013.

Harp spent 21 years with the FBI, but did not work directly on this case.

"As a law enforcement person I'd like to think that their escape attempt was not fruitful for them. Personally, as someone who swims in the bay, and we have a triathlon that goes on every year, and there's not a single person that doesn't make that swim," he added.

This past summer, CBS San Francisco got an exclusive tour of some never-before-seen parts of Alcatraz. After months of meticulous planning – on the night of June 11, 1962 – the trio of bank robbers squeezed through the vents in the back of their cells.

The FBI says they used a homemade drill made from a broken vacuum cleaner motor to widen the vents. Once they crawled through, they climbed up a network of pipes and plumbing in a commonly unguarded space.

They set up a secret workshop on the top of their cells, where they built and hid what they needed to escape. They eventually made it out through the ventilator that led them to the prison roof. They slid down the smokestack to the ground and launched their raft -- made of more than 50 raincoats. They also created life vests and wooden paddles.

The next morning, guards found dummy heads made of plaster, paper mache, paint and real human hair in their cells.

According to the letter, Frank died in 2008 and John's brother died three years later. The writer makes a deal -- "If you announce on TV that I will be promised to first go to jail for no more than a year and get medical attention, I will write back to let you know exactly where I am. This is no joke ..."

The U.S. Marshals, which is the sole agency investigating the case today, says the FBI lab examined the letter for fingerprints and DNA, and the handwriting.

The FBI's results were inconclusive.

"So that means yes, and it means no, so this leaves everything in limbo," said Harp.

The writer of the letter says he spent many years after his escape from Alcatraz living in Seattle. He also mentions that he lived in North Dakota for 8 years, and currently lives in Southern California.

In a statement to CBS San Francisco, the U.S. Marshals Service writes: "There is absolutely no reason to believe that any of them would have changed their lifestyle and became completely law abiding citizens after this escape."

"The Federal Bureau of Prisons say that they drowned once they got off of Alcatraz and their bodies were swept out to the Pacific Ocean -- end of story," said National Park Service Ranger John Cantwell.

If the men are alive today, Frank Morris would be 90 years old and John and Clarence Anglin would be 86 and 87.

"I didn't believe that they made it, but that was because of what the officers were saying," said author Jolene Babyak.

Babyak was 15 years old and living on the island with her family when the men broke free.

Her father was the acting warden.

"I was awaken by the siren, which I had never heard before, so I wasn't really sure exactly what it was," she said.

She has since written several books on Alcatraz. CBS San Francisco showed her a copy of the letter.

"No evidence, lots of allegations, no real evidence, nothing you can follow up on," she said.

As for the U.S. Marshals, they tell CBS San Francisco they consider this lead closed with no merit.

"They're getting up there in age, someone knows, cause if they made it out they communicated with somebody, so somebody somewhere knows – that's still alive," added Harp.