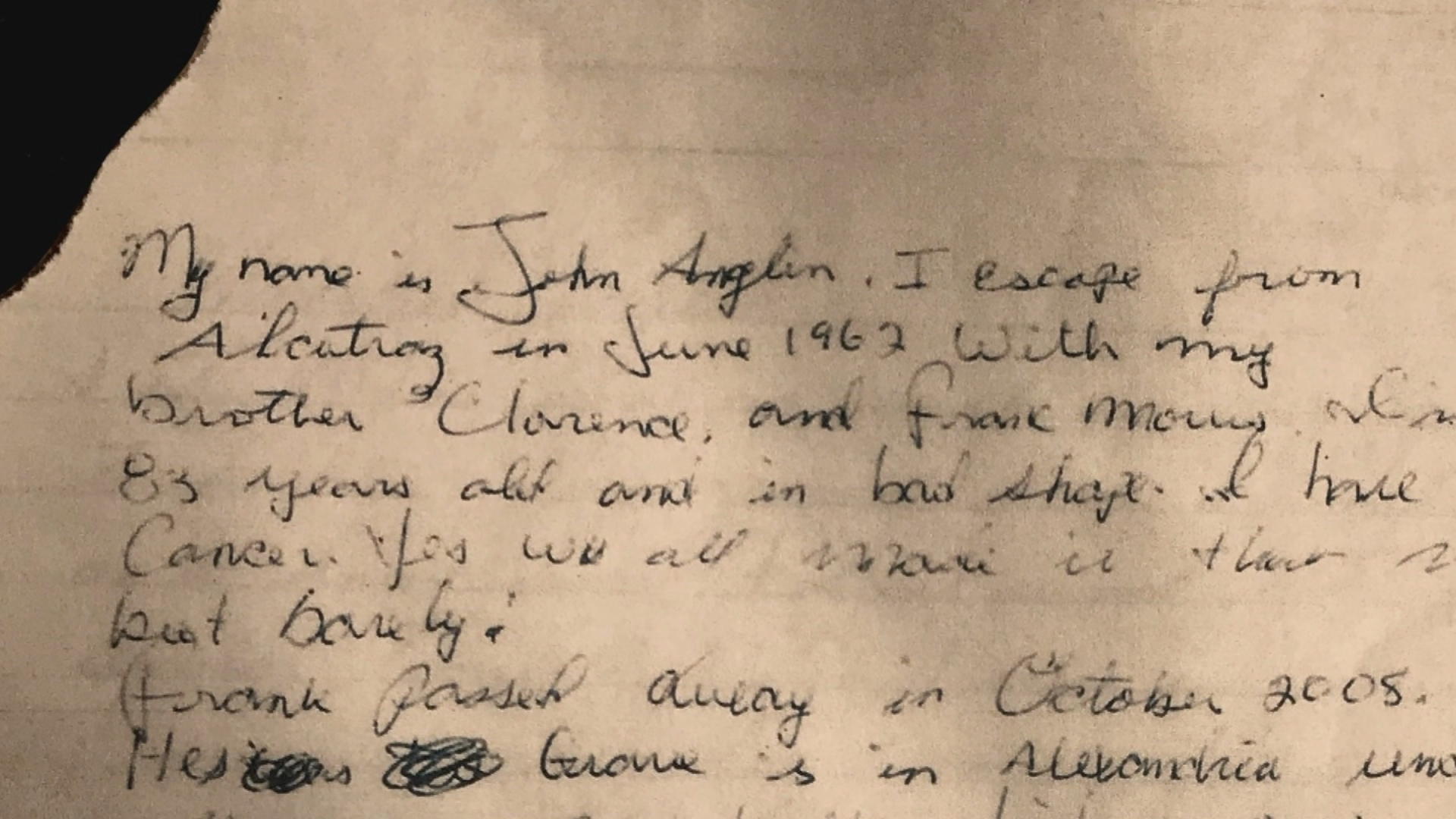 The breakout of three inmates from the famous Alcatraz prison in 1962 has been the subject of wild speculation for more than half a century. Now, a handwritten letter is again raising questions about whether the men survived the frigid waters and deadly currents of San Francisco Bay – long thought to make any escape impossible.

Ever since brothers John and Clarence Anglin along with inmate Frank Morris disappeared, the official story has been they didn't make it, reports CBS News' John Blackstone. But a letter, obtained by CBS San Francisco, claims all three lived well into old age.

"My name is John Anglin," the letter begins, "I escape[d] from Alcatraz in June 1962…Yes we all made it that night, but barely!"

Anglin's cell is now a favorite stop for tourists who can see the vent he squeezed through when he and the others made their break, then floated off the island in a homemade raft.

"It's always been talked about through the family," said David Widner, a nephew of John and Clarence Anglin. "My grandmother received roses for several years after the escape."

Widner said John and Clarence's signature was on the cards that came along with those flowers.

The letter was received by San Francisco police in 2013 but never before made public.

"I really haven't come to a conclusion whether I believe that it's John reaching out or not," Widner said.

At the time of the escape, Jolene Babyak was 15 years old living on Alcatraz. Her father was acting warden.

"I was awakened by the siren," Babyak said. "I can see why the FBI would consider it inconclusive because there's no leads here that you can go further with."

The letter makes an offer: "If you announce on TV that I will be promised to just go to jail for no more than a year and get medical attention I will write back to let you know exactly where I am". It adds "I am 83 years old and in bad shape. I have cancer."

"For him to say he had cancer and was dying, I feel like they should have at least reached out to the family and let them know it existed," Widner said.

If the three did survive these treacherous waters, as the letter claims, they would have outlived the prison. Alcatraz closed the year after the escape, but the mystery remains open.

WNBA commissioner: Brittney Griner​'s recovery "going to take a while"
Thanks for reading CBS NEWS.
Create your free account or log in
for more features.
View CBS News In
CBS News App Open
Chrome Safari Continue
Be the first to know
Get browser notifications for breaking news, live events, and exclusive reporting.