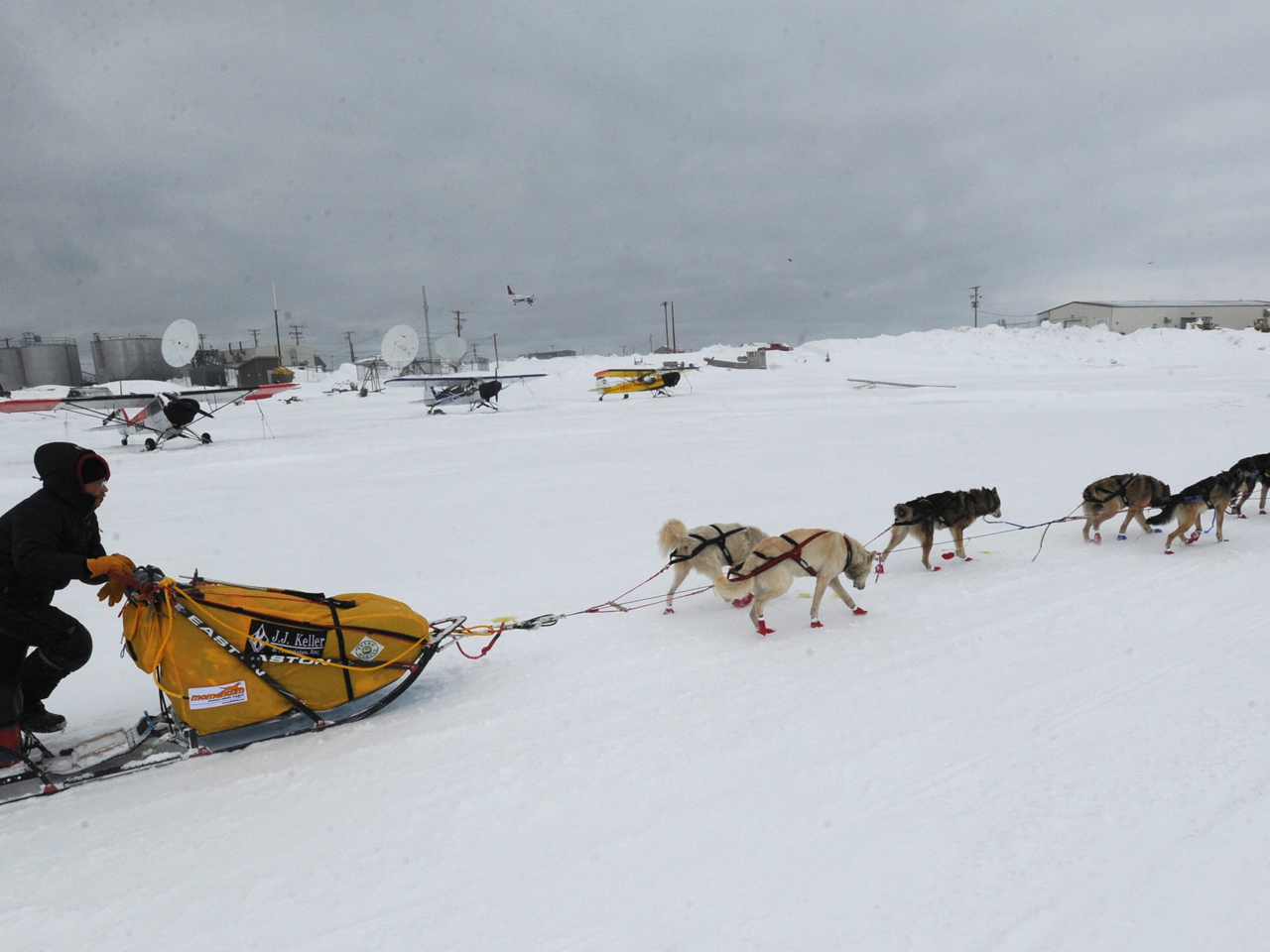 ANCHORAGE, Alaska -- A lack of snow in Alaska's largest city has led the world's most famous sled dog race to shorten its ceremonial start this weekend.

The Iditarod Trail Committee said in a news release Wednesday that the route will be reduced to 3 miles from its normal 11 miles on Anchorage streets and trails.

Persistent warm temperatures the last few weeks have melted much of the snow, including stockpiles the city tried to set aside for Saturday's fan-friendly event.

The National Weather Service reports the Anchorage area got just 1.8 inches of fresh snowfall in February, far less than the normal 10.9 inches. CBS Anchorage affiliate KTVA reports that a strong El Nino, like the one seen this year, typically means a milder than average winter for Alaska.

The Alaska Railroad is bringing seven freight cars filled with snow hundreds of miles from Fairbanks to ensure there's enough of it on the streets.

The official start to the 1,000-mile race will be Sunday in Willow, about 50 miles north of Anchorage.

A warmer than average winter interfered with the Iditarod last year, too. The official start of the 2015 race was moved 225 miles north because of inadequate snow in the Anchorage area.

"It's very, very hard on the musher because you don't have any of the cushioning that the snow would bring," Monson told CBS News last year. "And so your knees, all your arms, everything like that, are getting beat up all the time because there's no cushion, there's no shock absorber."