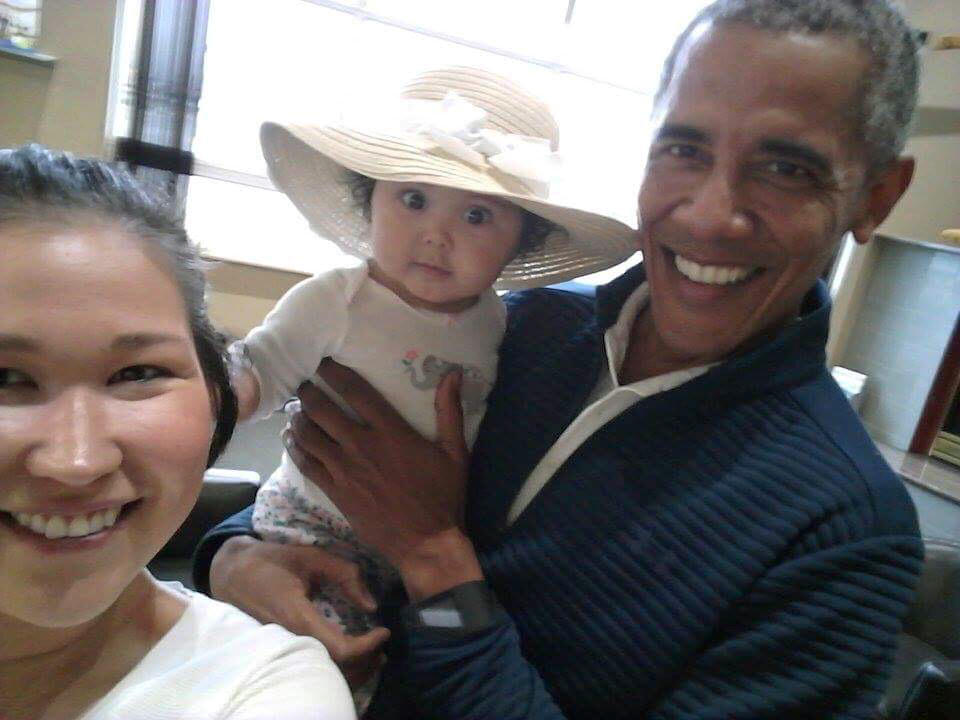 An Alaska mother is cherishing cellphone photos she snapped of her wide-eyed 6-month-old baby in the arms of former President Barack Obama.

Jolene Jackinsky was at Anchorage International Airport on Monday looking for an airline when she ended up in a waiting area for private flights where a man she thought looked like Obama was sitting.

"As I got closer, I thought: Oh my God, it is Obama," she recalled Friday from Newhalen, a small Alaska village where she's vacationing.

Obama then walked up to her and asked "Who is this pretty girl?"

They chatted about how fast children grow while Obama carried baby Giselle. Jackinsky took a few photos of a smiling Obama carrying Giselle, who was wearing a straw hat with a white ribbon.

Obama told them he was headed home from a vacation, Jackinsky said.

Airport officials were not immediately available Friday evening after work hours to confirm that Obama had stopped there.

Giselle was calm and content during the brief encounter, Jackinsky said. "It was only five minutes but it was a moment that will last forever," she said.

"I think it's unreal and pretty exciting that I get to have a picture with him and my baby," she said. "Not a lot of people get to meet him."