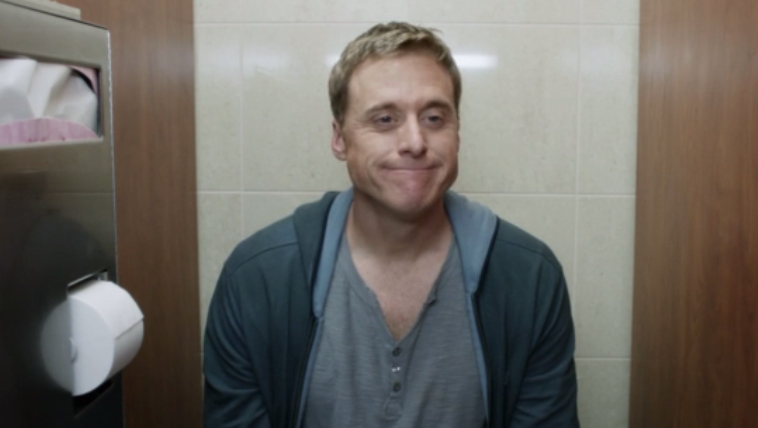 Later this week, Alan Tudyk will head to Manhattan for this year's New York Comic Con in what's become an annual tradition for the seasoned actor/writer.

Ever since Fox canceled Joss Whedon's cult space/sci-fi drama "Firefly," co-starring Tudyk and Nathan Fillion, in 2003 after just 11 of the 14 episodes had aired, Tudyk has become a regular on the convention scene. The fact is, hardcore fans loved "Firefly" and still do. And they are anxious to relive it. Now they can, in a way. Out now is "Con Man" -- a new Web series on Vimeo, co-starring one-time "Firefly" stars Tudyk and Fillion, inspired by the convention culture.

Mostly fiction, but influenced by real experiences, "Con Man" centers on the post-show life of Wray Nerely (Tudyk) the co-star of "Spectrum," a sci-fi series, which was canceled before its time and went on to become a cult classic beloved by fans.

In "Con Man," Wray's good friend, Jack Moore (Fillion) starred as the series Captain and has gone on to become a major celebrity, while Wray (Tudyk) hasn't found his desired level of stardom. Wray is the begrudging guest of sci-fi conventions, comic book store appearances and different pop culture events. The series explores these events and all the weird and crazy things that happen to them along the way.

"It is a fantastic world," Tudyk says about conventions. "That's the great thing about Comic Con -- people are so accepting of one another."

And they apparently loved the idea of a series based around it. Some 46,000 fans contributed to the making of the series -- "Con Man" was funded earlier this year via Indiegogo, resulting in a record-breaking $3.2 million dollar campaign. It now stands as the third highest funded film campaign on any crowdfunding platform, ever.

And you can imagine how the conversation went afterwards.

Thirteen episodes make up season 1 on Vimeo, and Tudyk says he's already plotting more; there are just so many more stories to tell, he says.

"I have a couple of scripts. My mind will take over while I'm jogging. I had this great idea this morning on the jog! And I paused and said, 'Well, that's good.' I'm evidently not done with it. If someone wants us to make more, I think we'd like to. I really like stuff that makes people laugh," he said.

One of the upcoming stories Tudyk is working would star Lou Ferrigno, performing "selections from John Steinbecks' 'Of Mice and Men."

"That for me would be magic," said Tudyk.

And as for "Firefly," maybe -- just maybe -- there's a chance for a reboot. That would depend on Whedon.

"He wouldn't want to screw it up, you know, come in and mess up something ... I, like certain fans, am still pushing for a sequel even though my character (spoiler alert) is dead," Tudyk said. "I think all you need ultimately -- and it also gives us time to do it -- is Nathan Fillion and Joss Whedon. You can bring in some of the other cast members, you don't need them all ... I think we have time. In time. There are so many other places to put things. When 'Firefly' was canceled we had just a few other places to shop it to -- to take it over ... And all of them had reasons why they couldn't do it that time."

Although he'll forever be known for his time on "Firefly," it feels good to have a new project out that will satisfy fans. Tudyk says things have already changed since the making of "Con Man." He's always announced at panels, for instance, as "Alan Tudyk of 'Firefly.'"

But now there's an addition to that.

"We were in Dallas [at a panel] and we had just finished the series in June and they introduced us as the 'Con Men,'" Tudyk said.