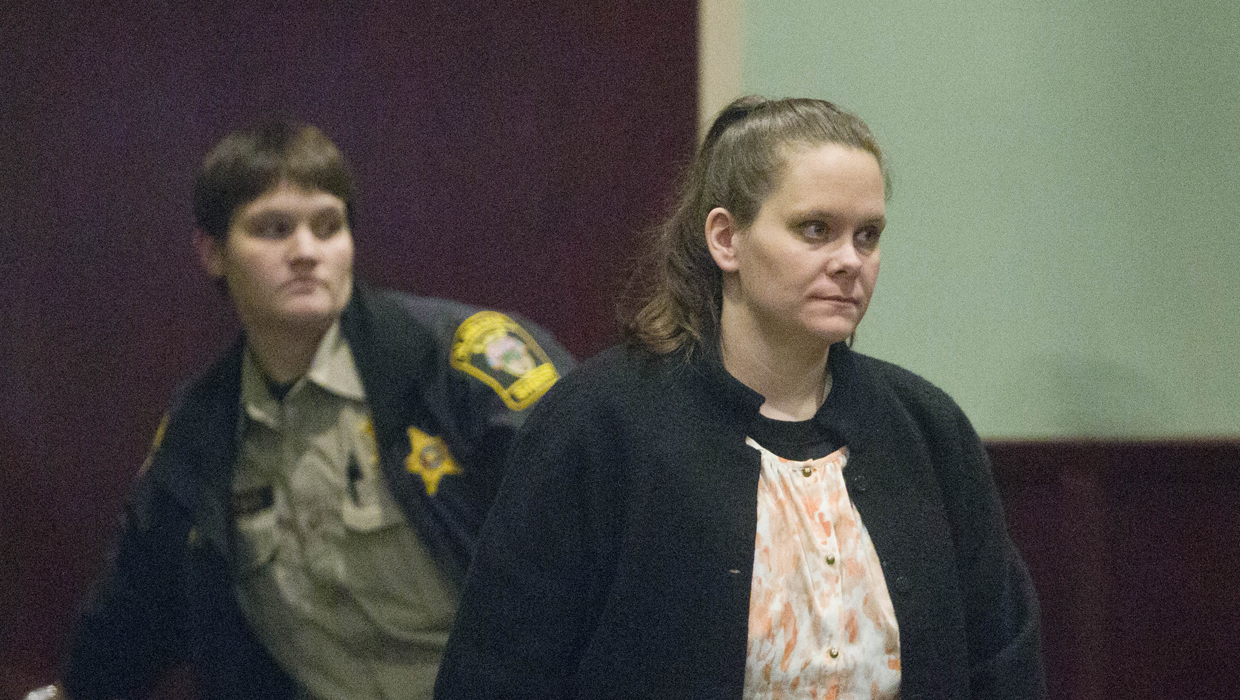 BAY MINETTE, Ala. - The conviction Wednesday of an Alabama woman accused of being part of an incestuous sex ring provided graphic evidence about horrendous child molestation, but it didn't answer a baffling question: What happened to a young victim who is missing and presumed dead?

Jurors took two hours to convict Wendy Wood Holland, 35, of sodomy, sexual abuse, sexual torture and child endangerment. She showed no emotion when the verdict was read. Prosecutors say Holland faces at least 20 years in prison and could get a life sentence.

Witnesses heard two days of testimony in her trial that didn't give any clues about the whereabouts of her 19-year-old niece Brittney Wood.

Wood was last seen with Holland's husband, Donnie, in 2012, and eight of Wood's adult relatives and three family friends have since been arrested on sex-related charges. That includes Wendy Holland, who was accused of sexually abusing another underage relative.

Authorities said Wood could provide important evidence about sexual crimes by her adult relatives if only they could find her alive. But searches and two years of investigation have failed to turn up any sign of her. Police believe Wood is dead, possibly killed in the days before the case went public.

Donnie Holland was under investigation as the leader of the alleged sex ring at the time of Wood's disappearance, and he died days later of what authorities ruled was a self-inflicted gunshot.

Prosecutors told jurors during closing arguments that Wendy Holland, her late husband and others were monsters who subjected their own children and others to perversions that were almost too depraved to understand, with parents and in-laws using their own young relatives for sex.

Holland used sex toys and other forms of stimulation to groom the alleged victim for sex with adults at an age children typically are watching "Sesame Street" and learning to color, prosecution witnesses told the jury.

"You have heard testimony over the last two days that no one wants to believe," prosecutor Nicki Patterson said in closing arguments. "We want to give family the benefit of the doubt."

But defense attorney Mitzi Johnson-Theodoro argued that the alleged victim, two other relatives who pleaded guilty to sex charges and a jailhouse friend of Holland were lying when they portrayed her as a serial child abuser.

She said Holland would appeal the verdict.

"This is the beginning of a very long process. This is just the first step," she said.

Neighbors didn't see pornography or sex toys in Holland's home, and prosecutors have no physical evidence, Johnson-Theodoro told jurors. Holland is a loving person who took her own kids trick-or-treating and worked as a certified nursing assistant at a state nursing home for veterans, she said.

"They want you to believe that a woman who cared for the elderly abused children?" Johnson-Theodor said in closing arguments.

The trial, though, was all about Brittney Wood for Christin Huffman, a friend of the missing teen.

Testimony showed Wood was part of at least one family sexual encounter involving Holland, three other adults and two children, but the fact that no one has seen the teen since before the case broke in 2012 wasn't mentioned to jurors.

Seated in the court and wearing a T-shirt decorated with Wood's photo, Huffman dabbed at her eyes as attorneys laid out details of generations of incest allegations involving her friend's family.

"To me the whole thing is about her," Huffman, 21, said outside court. "There's no way anyone could look at it and say it's not."

Wood's older brother and an uncle have pleaded guilty and testified against Holland, and Wood's mother faces sex charges.

Holland was the second person to stand trial in the case. Family friend Billy Brownlee was convicted in October.

"I hope this will clear a logjam," she said.