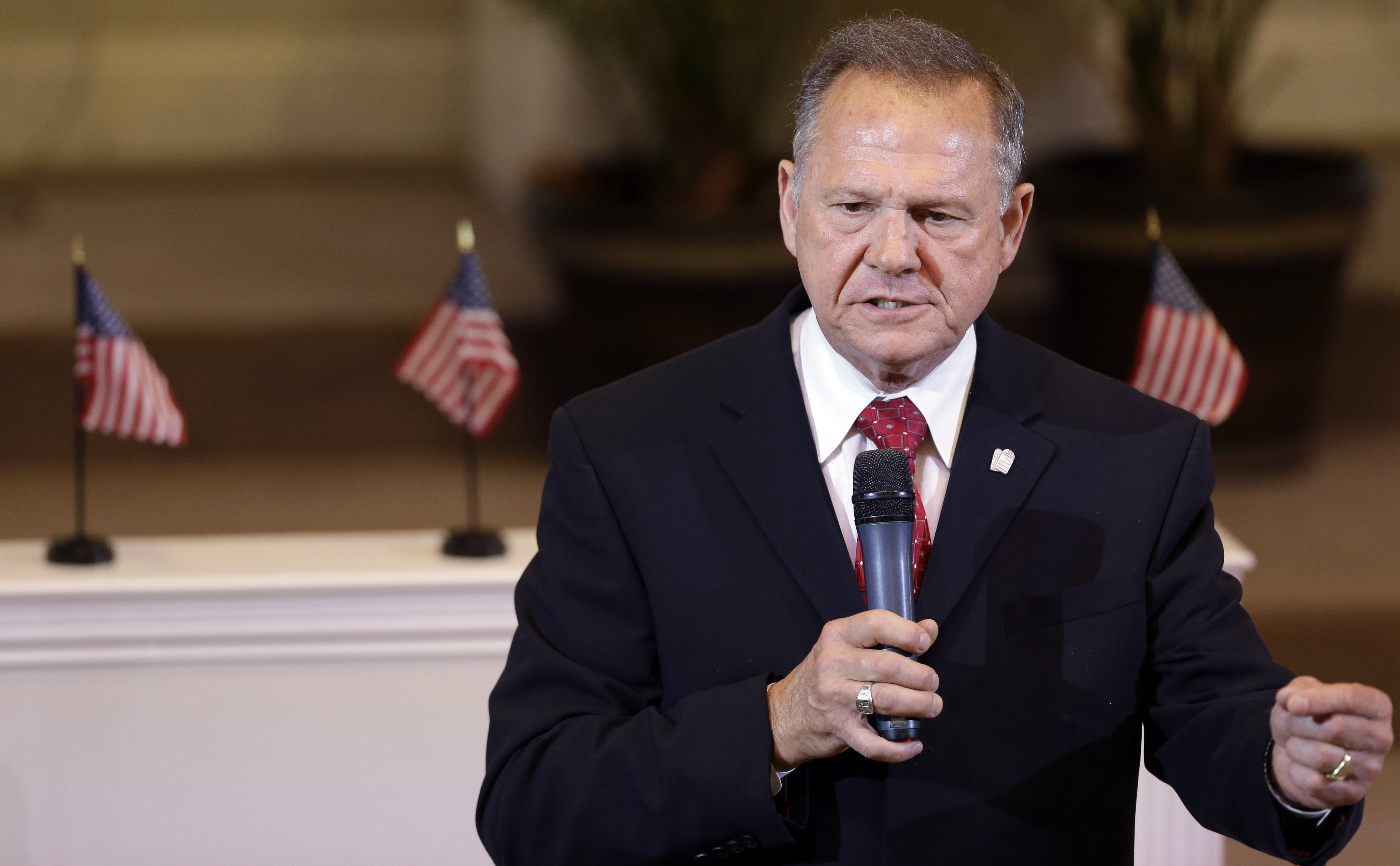 MONTGOMERY, Ala. -- Alabama Chief Justice Roy Moore’s defiance of federal court rulings on same-sex marriage violated judicial ethics, a disciplinary court ruled on Friday before suspending him for the rest of his term.

The punishment effectively removes Moore from office without the nine-member Alabama Court of the Judiciary officially ousting him. Given his age, he will not be able to run for chief justice again under state law.

Moore was found to have encouraged probate judges to deny marriage licenses to gay couples six months after the U.S. Supreme Court ruled that everyone has a fundamental right to marry in all 50 states.

Moore vehemently denied that his administrative order was an act of defiance and said his personal beliefs had nothing to do with it.

The same panel removed the outspoken Republican in 2003 because he refused to remove a Ten Commandments monument from the state judicial building. Voters later re-elected him as chief justice after he lost a race for governor.

This time, Moore sent an administrative order to the state’s 68 probate judges, maintaining that the Alabama Supreme Court’s same-sex marriage ban remained in “full force and effect” despite the ruling from the nation’s highest court.

Moore testified that his personal beliefs had nothing to do with it, and that his January order merely provided judges with a status report on a technical aspect of the law.

Moore, 69, had already been suspended from the bench since May, when the state’s Judicial Inquiry Commission accused him of violating judicial ethics. By the end of his term in 2019, he’ll be beyond the age limit of 70 for judges, unless voters raise the limit in November.

“We are here 13 years later because the Chief Justice learned nothing from his first removal. He continues to defy the law,” John Carroll, a lawyer representing the commission, argued Wednesday in Moore’s judicial court hearing.

Moore was loudly applauded when he entered the ornate chamber where he usually presides over the state Supreme Court. He told his inquisitors that the ethics charges were “ridiculous.”

“I gave them a status in the case, a status of the facts that these orders exist. That is all I did,” Moore testified.

Moore’s ethics trial came amid upheaval in all three branches of Alabama’s government. The Republican speaker of the state House of Representatives was removed from office this summer for criminal ethics violations. A legislative committee is weighing whether Gov. Robert Bentley should be impeached over a scandal involving a top aide.