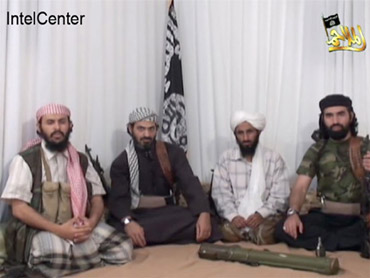 CAIRO - The leader of al Qaeda's Yemeni offshoot has warned the U.S. that Osama bin Laden's death does not signal the end of the fight and threatened to carry out worse attacks in the future.

Nasser al-Wahishi, the head of al Qaeda in the Arabian Peninsula and once a close associate of bin Laden, posted a eulogy for the slain al Qaeda leader on Islamic extremist websites Tuesday.

Al-Wahishi warned Americans not to "let your foolish people think that killing Osama would bring everything to an end. What's yet to come is most evil and bitter and what awaits you is harsher and more severe," according to a transcript.

He said "jihad is flaring even more" now than during bin Laden's life and predicted that Americans would "wish" for the days of bin Laden.

Al Qaeda in the Arabian Peninsula is one of the most active affiliates of the terrorist network.