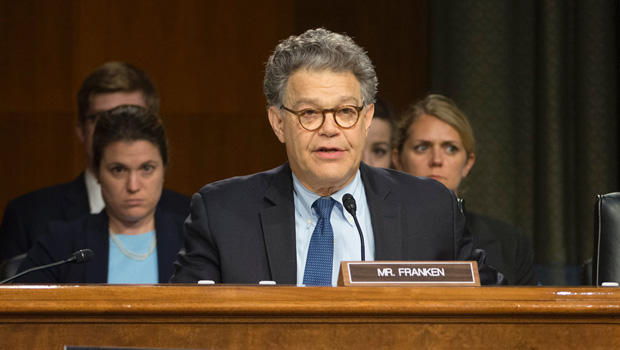 Minnesota Sen. Al Franken denied a report Wednesday saying he's preparing to resign, amid increasing calls by his Democratic colleagues in the Senate for him to step down. Soon after the story posted, a tweet that appeared to have been sent by Franken's office from his account said, "No final decision has been made and the Senator is still talking with his family. Please update your story."

Citing an unnamed Democratic official, MPR News had reported that Franken "is preparing to resign amid a cascade of calls from fellow Democrats and other political allies to leave office in response to multiple allegations of sexual harassment."

Over 30 of Franken's Democratic colleagues in the Senate, starting with New York Sen. Kirsten Gillibrand, called for him to step down, following another woman's accusation that Franken tried to kiss her against her will.  On Wednesday afternoon, Franken's office said he would make an announcement on Thursday, though it did not say what the topic of his announcement would be.