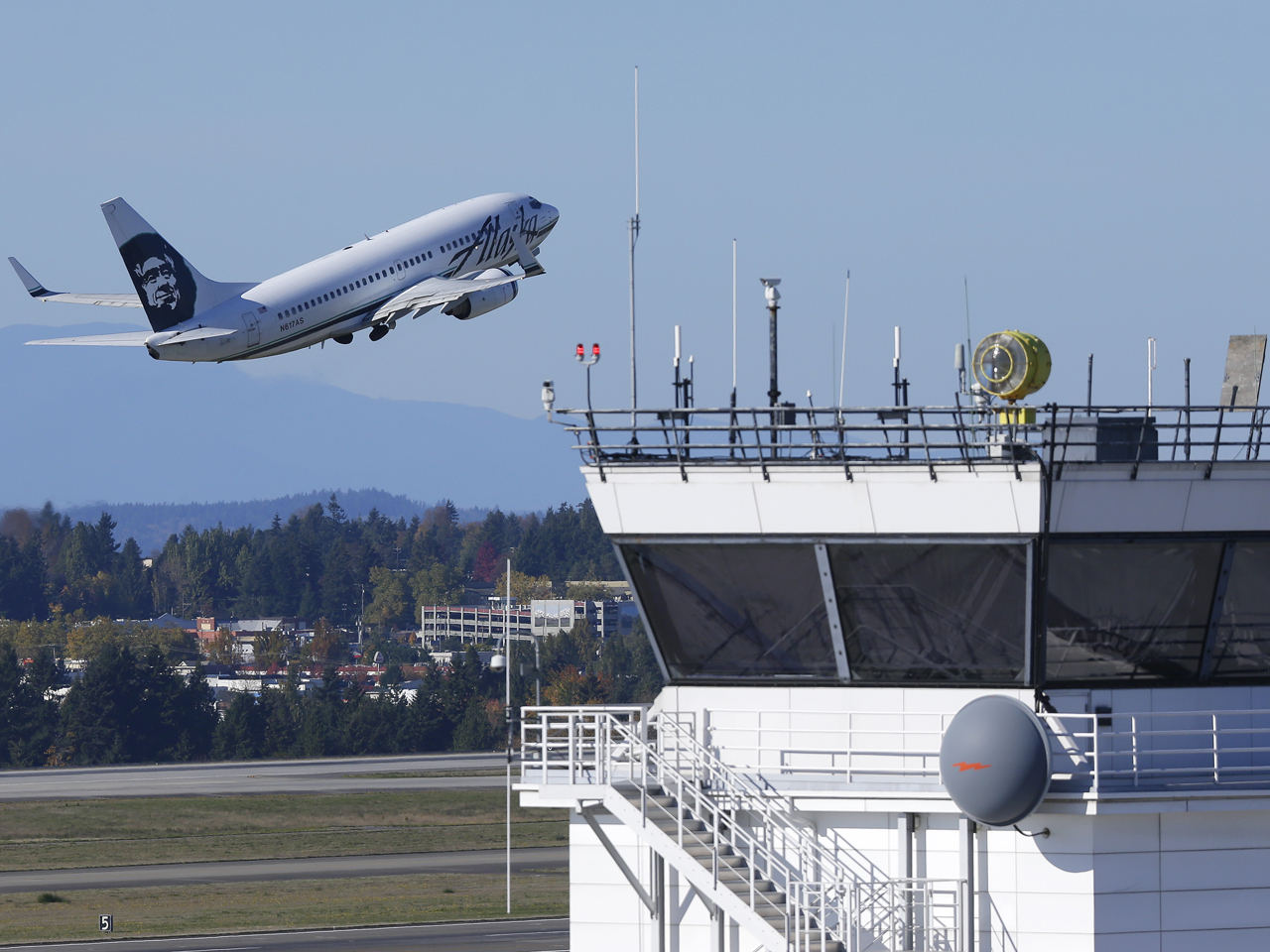 WASHINGTON Ten years after Congress gave the go-ahead to modernize the nation's air traffic control system, one of the government's most ambitious and complex technology programs is in trouble.

The Next Generation Air Transportation System, or NextGen, was promoted as a way to accommodate an anticipated surge in air travel, reduce fuel consumption and improve safety and efficiency.

Planes would fly directly to their destinations using GPS technology instead of following indirect routes to stay within the range of ground stations.

They would continually broadcast their exact positions, not only to air traffic controllers, but to other similarly equipped aircraft.

For the first time, pilots would be able to see on cockpit displays where they were in relation to other planes.

That would enable planes to safely fly closer together, and even shift some of the responsibility for maintaining a safe separation of planes from controllers to pilots.

But almost nothing has happened as FAA officials anticipated.

Increasing capacity is no longer as urgent as it once seemed.

The 1 billion passengers a year the FAA predicted by 2014 has now been shoved back to 2027.

Air traffic operations — takeoffs, landings and other procedures — are down 26 percent from their peak in 2000, although chronic congestion at some large airports can slow flights across the country.

Difficulties have cropped up at almost every turn, from new landing procedures that were impossible for some planes to fly to aircraft-tracking software that misidentified planes.

Key initiatives are experiencing delays and are at risk of cost overruns. And the agency still lacks "an executable plan" for bringing NextGen fully online, according to a government watchdog.

"In the early stages, the message seemed to be that NextGen implementation was going to be pretty easy: You're going to flip a switch, you're going to get NextGen, we're going to get capacity gains," said Christopher Oswald, vice president for safety and regulatory affairs at Airports Council International-North America.

Some airline officials, frustrated that they haven't seen promised money-saving benefits, say they want better results before they spend more to equip planes to use NextGen, a step vital to its success.

Lawmakers, too, are frustrated. NextGen has enjoyed broad bipartisan support in Congress, but with the government facing another round of automatic spending cuts, supporters fear the program will be increasingly starved for money.

"It's hard not to be worried about NextGen funding ... because it's a future system," said Marion Blakey, who was the head of the FAA when the program was authorized by Congress in 2003 and now leads a trade association that includes NextGen contractors.

"There is a temptation to say the priority is keeping the existing systems humming and we'll just postpone NextGen."

In September, a government-industry advisory committee recommended that, given the likelihood of budget cuts, the FAA should concentrate on just 11 NextGen initiatives that are ready or nearly ready to come online.

It said the rest of the 150 initiatives that fall under NextGen can wait.

"You can't have an infrastructure project that is the equivalent of what the (interstate) highway program was back in the '50s and the '60s and take this ad hoc, hodgepodge approach to moving this thing forward," said Air Line Pilots Association First Vice President Sean Cassidy, who helped draft the recommendations.

The threat of funding cuts comes just as NextGen is nearing a tipping point where economic and other benefits should start to multiply if only the FAA and industry would persevere, said Alaska Airlines Chairman Bill Ayers, a supporter.

Responding to industry complaints, the FAA has zeroed in on an element of NextGen that promises near-term benefits: new procedures that save time and fuel in landings while decreasing greenhouse gas emissions.

Planes equipped with highly calibrated GPS navigation are able fly precise, continuous descents on low power all the way to the runway rather than the customary and time-consuming stair-step approaches in which pilots repeatedly decrease power to descend and then increase power to level off.

Last spring, Seattle-Tacoma International Airport became the first large airport where airlines can consistently use one of the new procedures.

Known as HAWKS, the procedure shortens the approach from the southwest by about 42 miles.

Multiplied over many planes every day it adds to up to significant savings, an enticing prospect for airlines, which typically operate on razor-thin profit margins.

Alaska, with a major hub in Seattle, estimates new procedures there will eventually cut the airline's fuel consumption by 2.1 million gallons annually and reduce carbon emissions by 24,250 tons, the equivalent of taking 4,100 cars off the road every year.

Fuel is the biggest expense for most airlines.

In Atlanta, more precise navigation procedures have increased the number of departure paths that planes can fly at the same time, enabling takeoffs to double from one every two minutes to one every minute.

That has freed up an additional runway for arrivals, said Dale Wright, the National Air Traffic Controllers Association's safety and technology director.

FAA Administrator Michael Huerta says NextGen is on track despite the troubles.

"It's a significant transformation that we're making," he told The Associated Press.

"I would hope it would be moving faster as well, but we have a very large, a very complex system, and we're making great progress."

But even use of the GPS-based procedures has been slowed by unforeseen problems.

It takes several years to develop each procedure airport by airport.

At large airports, new procedures are used only sporadically.

During busy periods, controllers don't have time to switch back and forth between the new procedures, which most airliners can use, and older procedures that regional airliners and smaller planes often must still use.

Consequently, older procedures are used because all planes can fly them.

At six large airports in Chicago, New York and Washington, only 3 percent of eligible flights have used the new procedures, Calvin Scovel, the Transportation Department's inspector general, told a congressional hearing in July.

Many other NextGen initiatives "are still in the early stages of development," he said.

Another important NextGen initiative would replace radio communications between controllers and pilots with text messaging and digital downloads.

Radio frequencies are often crowded, and information sometimes must be repeated because of mistakes or words not heard. Digital communications are expected to be safer and more efficient.

But airlines are reluctant to make additional investments in new communications equipment for planes until the FAA shows NextGen can deliver greater benefits like fuel savings from more precise procedures, said Dan Elwell, a senior vice president at Airlines for America, a trade association for major carriers.

Southwest Airlines spent more than $100 million in 2007 to equip its planes to use the new procedures.

The airline expected to recoup its investment by 2011, but is still not there, primarily because of the FAA's slow pace, said Rick Dalton, Southwest's director of air space and flow management.

NextGen was originally forecast to cost $40 billion, split between government and industry, and to be completed by 2025.

But an internal FAA report estimates it will cost three times that much and take 10 years longer to complete, Scovel said.

FAA officials have largely stopped talking about end dates and completion costs as the technologies that make up NextGen continue to evolve.

The agency currently spends about $800 million a year on the program.

Hopefully the FAA can make a "mid-course correction" to get NextGen on track, said Rep. Rick Larsen, D-Wash., a supporter.

"We shouldn't give up on the effort because I think everybody understands there is a lot of benefit to it."

But he's concerned that more delays in the program "could force us to rename it LastGen."