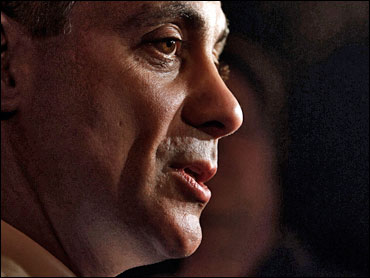 President Barack Obama does not intend to prosecute Bush administration officials who devised the policies that led to the harsh interrogation of suspected terrorists, White House chief of staff Rahm Emanuel said Sunday.

Obama last week authorized the release of a series of memos detailing the methods approved under President George W. Bush. In an accompanying statement, he said "it is our intention to assure those who carried out their duties relying in good faith upon legal advice from the Department of Justice, that they will not be subject to prosecution." He did not specifically address the policymakers.

Asked Sunday on ABC's "This Week" about the fate of those officials, Emanuel said the president believes they "should not be prosecuted either and that's not the place that we go."

Republican Sen. Lindsey Graham, a member of the Senate Armed Services Committee, said the idea of "criminalizing legal advice after one administration is out of the office is a very bad precedent. ... I think it would be disaster to go back and try to prosecute a lawyer for giving legal advice that you disagreed with to a former president."

Sen. Claire McCaskill said, "I don't think we want to look in the rearview mirror." But McCaskill, a Democrat who is also on the Armed Services Committee, said there probably was a need to ask more questions. "How do you get lawyers at the top levels of the Justice Department that could give this kind of advice?"

The decision not to seek charges against the interrogators has been criticized by the American Civil Liberties Union and called a violation of international law by the U.N.'s top torture investigator.

In his statement last week, the president said: "This is a time for reflection, not retribution. I respect the strong views and emotions that these issues evoke. We have been through a dark and painful chapter in our history. But at a time of great challenges and disturbing disunity, nothing will be gained by spending our time and energy laying blame for the past."

Republican lawmakers and others contend that U.S. national security was undermined by the release of the memos. On Sunday, Obama administration officials pushed back vigorously against that claim.

"We are absolutely confident that we have the tools necessary to get the information we need to keep this country safe," senior presidential adviser David Axelrod said on CBS' Face the Nation. "And we don't believe and the president of the United States does not believe that this is a contest between our values and our security. He thinks we can honor both and execute both. And that's what he's going to do."

Michael Hayden, who led the CIA under Bush, said the public release of the memos will make it harder to get useful information from suspected terrorists being detained by the United States.

"I think that teaching our enemies our outer limits, by taking techniques off the table, we have made it more difficult in a whole host of circumstances I can imagine, more difficult for CIA officers to defend the nation," Hayden said on "Fox News Sunday."

Administration officials said information in the memos already was in the public realm and that releasing details about interrogation techniques gave no new edge to al Qaeda and other terrorist groups.

"The notion that somehow this all of a sudden is a game changer doesn't take cognizance of the fact that it's already in the system and in the public domain," Emanuel said.

As a result of Obama's decision, he said, "we've enhanced America's image abroad. These were tools used by terrorists, propaganda tools, to recruit new terrorists. And the fact is, having changed America's image does have an impact on our security and safety and makes us stronger."

But Hayden said many who oppose the harsh techniques used by interrogations "want to be able to say, 'I don't want my nation doing this,' which is a purely honorable position, 'and they didn't work anyway.' That back half of the sentence isn't true. The facts of the case are that the use of these techniques against these terrorists made us safer. It really did work."

Several bloggers have noted one memo that said al Qaeda detainee Khalid Sheikh Mohammed was waterboarded 183 times in March 2003, while suspected terrorist Abu Zubaydah was waterboarded 83 times in August 2002. "That doesn't sound very effective to me," wrote Marcy Wheeler of the Emptywheel blog.

Hayden declined to talk about those figures.

He said he believes the government was just beginning to look into the policies.