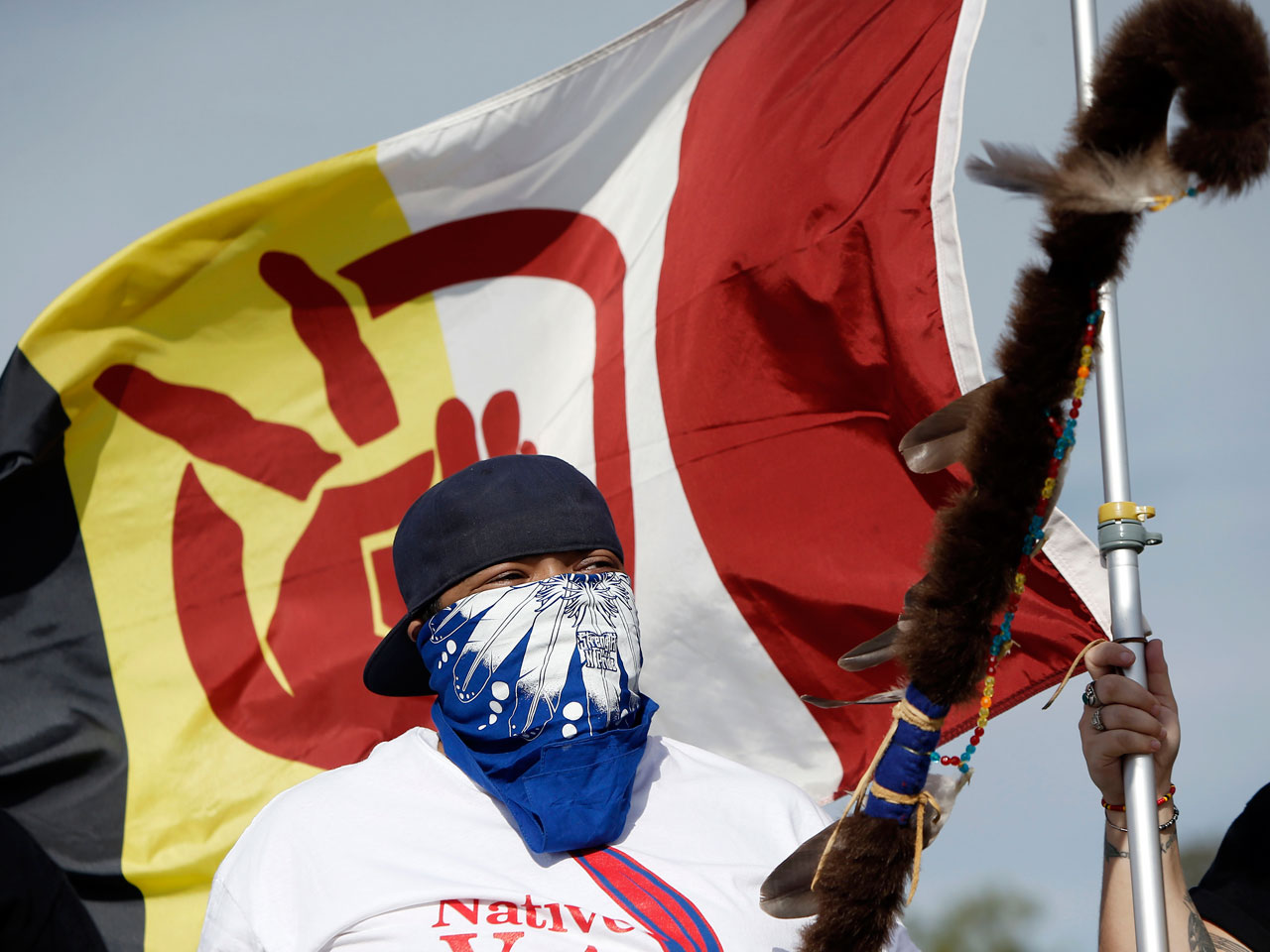 MINNEAPOLIS - On its way to deliver players to their matchup against the Minnesota Vikings, the team bus carrying the Washington Redskins was involved in an accident.

A Redskins spokesperson told CBS Minnesota that no one was injured in the crash, which happened around 8:30 a.m. on eastbound Interstate 94 while the bus was under a police escort.

Minneapolis police said a squad car was involved in the crash, but gave no details as to how it happened. The State Patrol is investigating.

Redskins wide receiver Pierre Garcon tweeted that everything was fine.

Meanwhile, opponents of the Washington Redskins' team name are hoping for a large turnout for a protest at their game against the Vikings.

Organizers say they're expecting as many as 5,000 American Indians from across the country to take part in the demonstration Sunday outside of TCF Bank Stadium, the University of Minnesota venue where the Vikings are playing until their stadium is finished. It also features Tribal Nations Plaza, a monument that honors each of the state's 11 Indian tribes.

"To come here, they're seeing the power of our voices here in this place," said Vanessa Goodthunder, 20, a member of the university's Indian Student Cultural Center.

Opponents of the Redskins name believe it's a slur that mocks Native American culture and they want the team to change it.

Goodthunder disagrees with any team name or mascot associated with Native American culture, but she thinks the Washington team's is particularly disrespectful. As a member of the Lower Sioux Indian Community in southwest Minnesota, she said the term is a reminder of when the government offered bounties for killing her ancestors, through ads in which they were dubbed "Redskins," about 150 years ago.

"As a Dakota person, that's definitely not what I'd like to be called, because we have never called ourselves that," she said.

University of Minnesota officials agree the team's name is offensive, but there's nothing the university can legally do to prevent the team from coming to the campus, according to university General Counsel Bill Donohue.

Tony Woods of the Chippewa Cree tribe in Montana has spoken in support of the D.C. team, including an appearance in one of its public relations videos, and disagrees with the name change efforts.

"I think it's a worthless cause, these people taking this up," Woods said. "It's a sports team, it's supposed to be fun. When I would hear 'Redskins,' I would associate it with the team, never with myself, never associate it with a whole people."

Activists have demanded for decades that the Redskins change their name, but the "Change the Mascot" campaign has heated up this election year. Politicians have weighed in on both sides, and the Oneida Indian Nation in New York is bankrolling a P.R. campaign, including radio ads that are playing in Minnesota this weekend before the team's game against the Vikings.