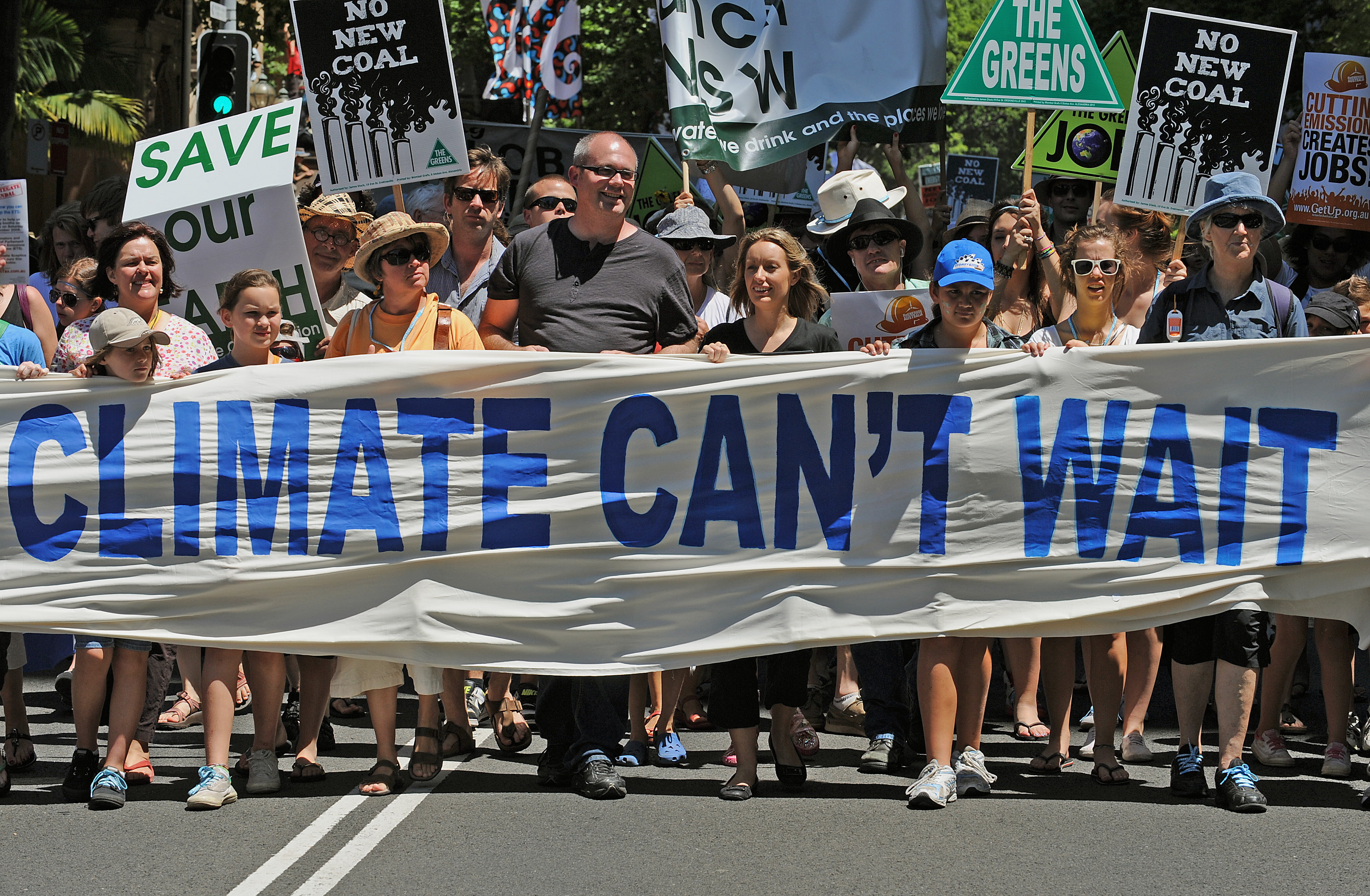 On the eve of the 45th anniversary of Earth Day, the Obama administration saw the opening salvo of what is sure to be an epic battle over its ambitious plan to combat climate change.

The Environmental Protection Agency (EPA) is accustomed to defending its regulations in court. This time, however, the agency's opponents are trying a new tactic -- they are attacking the new regulations, which make up the so-called Clean Power Plan, before the EPA has even finished drafting them.

The pre-emptive lawsuits, argued in the D.C. Circuit Court of Appeals on Thursday, are effectively to "trying to derail a train while it's still in the station," Joanne Spalding, chief climate counsel for the Sierra Club -- one of the parties defending the EPA -- told reporters Thursday. The Sierra Club and other environmental groups say they're confident the nascent regulations will withstand the legal challenges. However, opponents of the Clean Power Plan aren't just relying on the court system to challenge it. The Republican-led Congress is also stepping up its opposition, with an effort to stall and weaken the administration's plans to limit carbon emissions from existing power plants.

"Given that so many states have raised serious concerns about the legality of EPA's proposed rule," House Energy and Commerce Committee Chairman Fred Upton, R-Michigan, said in a hearing on Tuesday, "it makes sense to clear things up legally before the rule's costly and complex requirements take effect."

Upton and other members from a subpanel of the Energy Committee gathered Tuesday to consider the Ratepayer Protection Act. The bill would delay the Clean Power Plan's compliance deadlines until after the judicial proceedings against it are completed, and it would give states the option to opt out of compliance. The top Democrat on the Energy Committee, Rep. Frank Pallone, D-New Jersey, called it a bill to "gut" President Obama's Clean Power Plan.

So what's all the controversy about? The Clean Power Plan would require the existing plants to reduce carbon dioxide emissions by 30 percent from 2005 levels by 2030. While the administration has already imposed carbon limits on future power plants, this is the first time such limits would be applied to existing power plants -- the single largest source of carbon pollution in the U.S. The Environmental Defense Fund has called the plan "the most significant step in U.S. history toward reducing the pollution that causes climate change."

When she unveiled the plan last year, EPA Administrator Gina McCarthy insisted, "We have never -- nor will we ever -- have to choose between a healthy economy and a healthy environment."

Of course, there are plenty of people who argue the Clean Power Plan will hurt the economy.

"The truth is that Florida cannot comply with EPA's proposal using its existing utility investments, and the overall utility cost impacts would likely total in the billion, and perhaps tens of billions, of dollars," Lisa Johnson, CEO of Florida-based Seminole Electric Cooperative, told the Energy Committee.

The most forceful opposition has come from coal country -- West Virginia.

"EPA's unprecedented and sweeping regulations threaten to wipe out West Virginia's vital coal industry, and we need to fight these regulations on every front," Sen. Shelley Moore Capito, R-West Virginia, said in a statement.

In fact, the state of West Virginia is leading one of the legal challenges already underway against the Clean Power Plan, arguing that the impending rules are already hurting the state. Twelve other states have joined the West Virginia lawsuit -- Alabama, Indiana, Kansas, Kentucky, Louisiana, Nebraska, Ohio, Oklahoma, South Carolina, South Dakota and Wyoming. Additionally, coal and petroleum industry groups are also suing the EPA.

The three D.C. Circuit judges that heard their arguments on Thursday were all appointed by Republicans. Even so, the panel was for the most part skeptical that the lawsuits had any merit at this point, before the EPA has finished drafting its regulations.

The court also heard an argument put forward by Laurence Tribe -- Mr. Obama's Harvard Law School mentor, who was arguing on behalf of Peabody Energy -- that the Clean Power Plan is unconstitutional. Richard Revesz of the New York University School of Law told reporters Thursday afternoon that "to hear a constitutional argument on a rule that hasn't even be finalized... would be totally unprecedented."

Yet even if these suits are thrown out of court, the same cast of characters are nearly certain to show up with more lawsuits once the EPA actually finishes drafting the rules.

In the meantime, as several states challenge the EPA, others -- including both red and blue states -- are already drawing up plans for complying with new anticipated rules. For instance, the National Governors Association announced last month that four states-- Michigan, Missouri, Pennsylvania and Utah-- will lead an effort to find cost-effective compliance strategies.

"This is a great opportunity to help Pennsylvanians write a Clean Power Plan that will work for Pennsylvania and improve our economy and environment," Democratic Gov. Tom Wolf said in a statement.

Meanwhile, a group of 11 states, the District of Columbia and the city of New York filed their own brief arguing that the West Virginia suit should be dismissed.

New York Attorney General Eric Schneiderman explained in a statement why he was intervening: "From extreme droughts to extreme storms, we're already seeing impacts associated with uncontrolled climate change across the country - and we must rise to meet its challenge with all the urgency it demands."