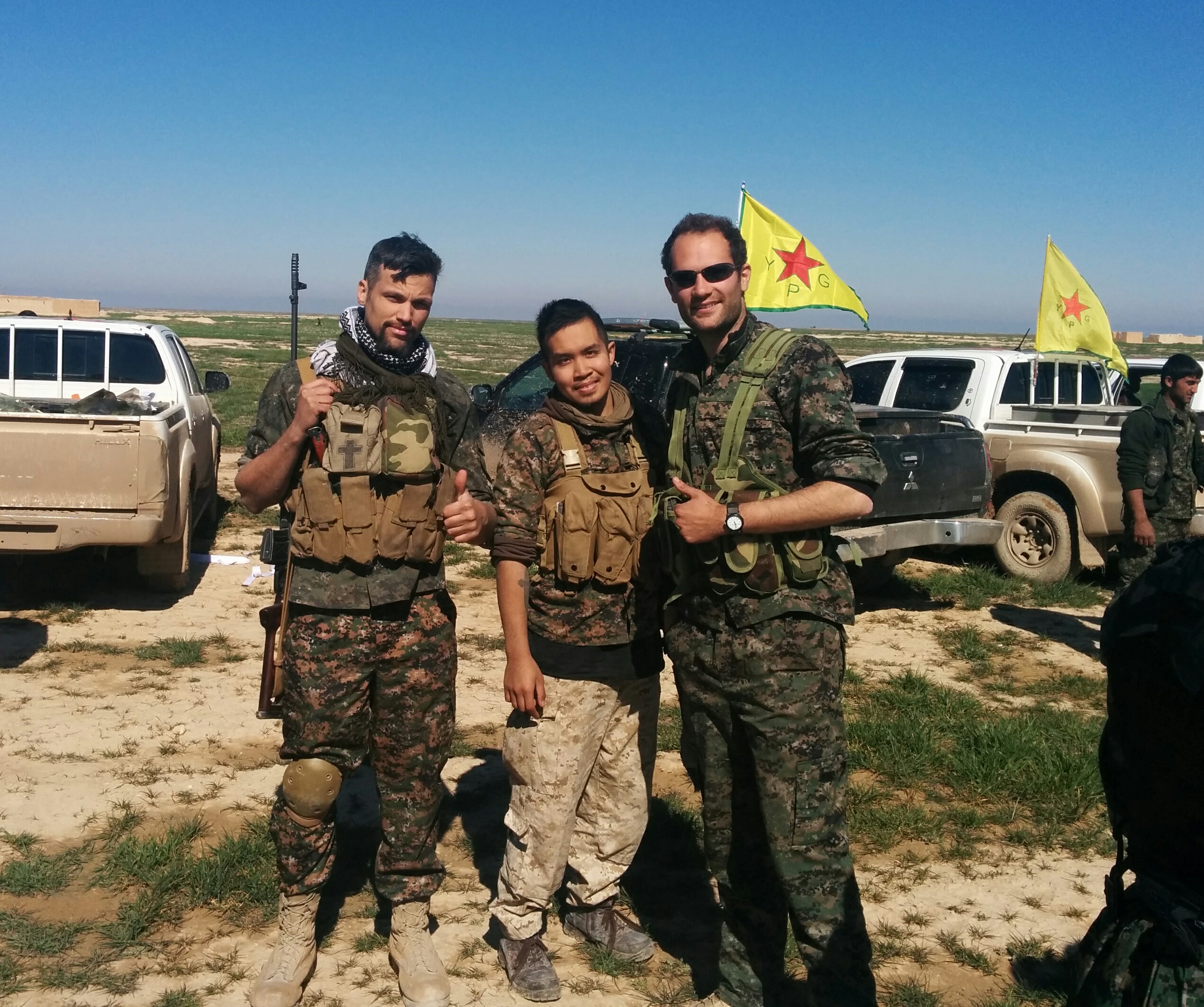 The terrorist attacks in Paris that left 129 dead demonstrated ISIS' determination to wage war on the West; and some Westerners are equally determined to fight back against the extremist group on their own turf. Over the past year, dozens of volunteer fighters from the U.S. and Western Europe have traveled to Iraq and Syria to take up arms against ISIS.

"We're not a huge part of this war - however, the foreign fighters give a symbolic meaning: we are young men from all across the world fighting against the Islamic State and for democracy," one British volunteer who asked to be referred to by his "nom de guerre," Macer Gifford, told CBS News. Gifford plans to return to fight in northeastern Syria, where he spent six months this year, by the end of the year, so he refrained from discussing details about his personal life.

"After what happened in Paris this weekend, my Twitter and Facebook have been exploding with messages of outrage," said Gifford. "I wouldn't be surprised if more and more people contacted me to come and fight [against ISIS]."

Gifford crossed the border from Iraqi Kurdistan into Syria on New Year's Day, and spent a week training with Syrian Kurdish forces. He then fought as part of a so-called tabour, a group of about 40 fighters: "I fought in a number of different places: Tal Hamis, Tel Tamar, and finally on the Abdulaziz mountains as well."

"I remember one moment when we attacked a village in the middle of the night ... and we snuck up on the ISIS positions ... and we came under extreme fire, they were shouting and jeering, -- they thought they had us. I can remember lying there in the dirt with rounds cracking around me, just praying."

Gifford described the role of foreign volunteers as "mainly symbolic" but still important in the overall fight against ISIS, because they draw attention to the conflict. He said he was inspired to leave his white-collar job as a currency trader in London and take up arms, because he felt the war against ISIS is one in which "everyone has a stake."

"It's strange to think that, to be selfless -- or at least you hope to be selfless by giving up your life and going out to fight -- you have to be incredibly selfish and say goodbye to the people who love you the most," said Gifford, adding how the thought of how his parents back home in England would cope in the event of his death was the most difficult thing about his experience on the front line. Yet he insisted that he had no regrets and that nothing would stop him from going back and "doing the right thing."

Gifford plans to return to Syria with a group of new volunteers from America. He recently spent a week in New York and Washington D.C., meeting Kurdish sympathizers and U.S. journalists in an effort to spread his pro-Kurdish message. Since he returned to the U.K from Syria last summer, Gifford has been lobbying Parliament and setting up a new educational charity that he plans to call the Friends of Rojava.

According to the State Department's National Counterterrorism Center, more than 250 Americans have traveled or attempted to travel to Syria and Iraq to potentially fight for or against violent extremist groups, or otherwise support the conflict.

But the U.S. government opposes any independent interventions.

"To be clear, travel to Iraq and Syria remains very dangerous and the U.S. government strongly discourages U.S. citizens traveling to Iraq or Syria to fight against ISIL," a State Department spokesperson told CBS News, using an alternate acronym for the militant group.

According to Gifford, about 80 percent of foreign fighters have prior military experience.