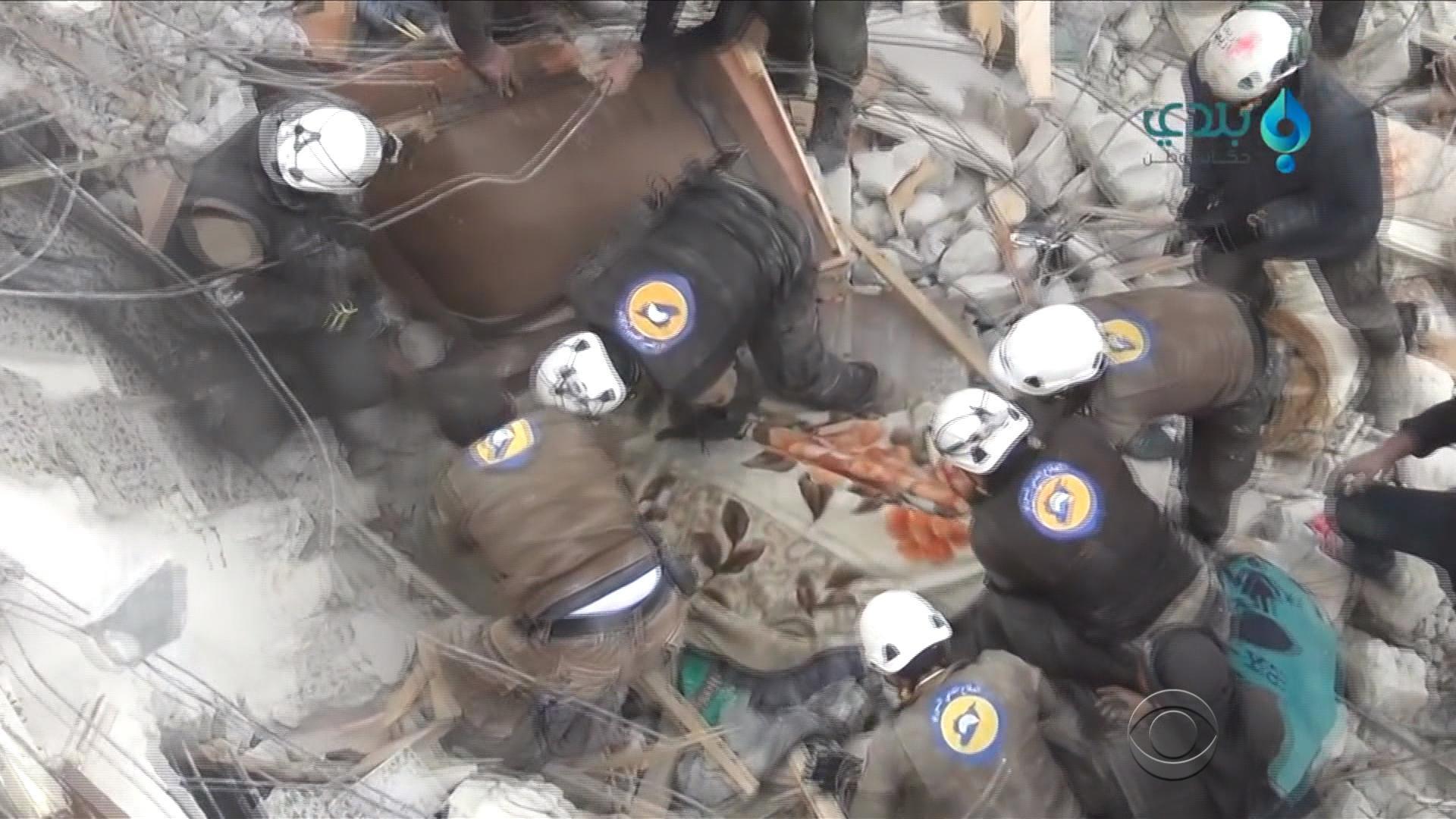 ISTANBUL -- Some of last week’s Oscar winners did not attend the ceremony because they were saving lives in Syria. The White Helmets are showing the best of humanity in the worst of places.

The White Helmets did on Monday what they always do -- racing to the aftermath of a deadly airstrike to pull civilians and bodies from the rubble.

Business as usual in the hellish chaos of Syria’s civil war, where Syrian regime and Russian airstrikes destroy neighborhoods.

In Hollywood on Sunday, the producer and director of the film “The White Helmets” accepted the award for best documentary short. Three of the film’s cameramen are Syrians who risked their lives to capture images from the war.

Twenty-one-year-old Khaled Khateeb is one of them. He planned to attend the Academy Awards but was stopped from boarding the plane at the last minute. He says he still doesn’t know why.

“I was disappointed,” he told us. “But the most important thing is that the film won the Oscar. Maybe it will encourage the international community to give us more help.”

“60 Minutes” reported on the heroism and humanity of the White Helmets last December. The group says it’s rescued more than 80,000 people -- and that more than 160 of its emergency workers have been killed.

Khateeb has seen people dying, seen people fighting for their life -- all while so young. Has it changed him?

“I’ve seen body parts scattered everywhere and had nightmares,” he told us. “But I’ve also witnessed rescues, and I feel a responsibility to tell the world.”

Khateeb told us he’ll head back to Syria again soon. He’s one of many Syrians putting their lives on the line to document the violence that’s engulfed their country.