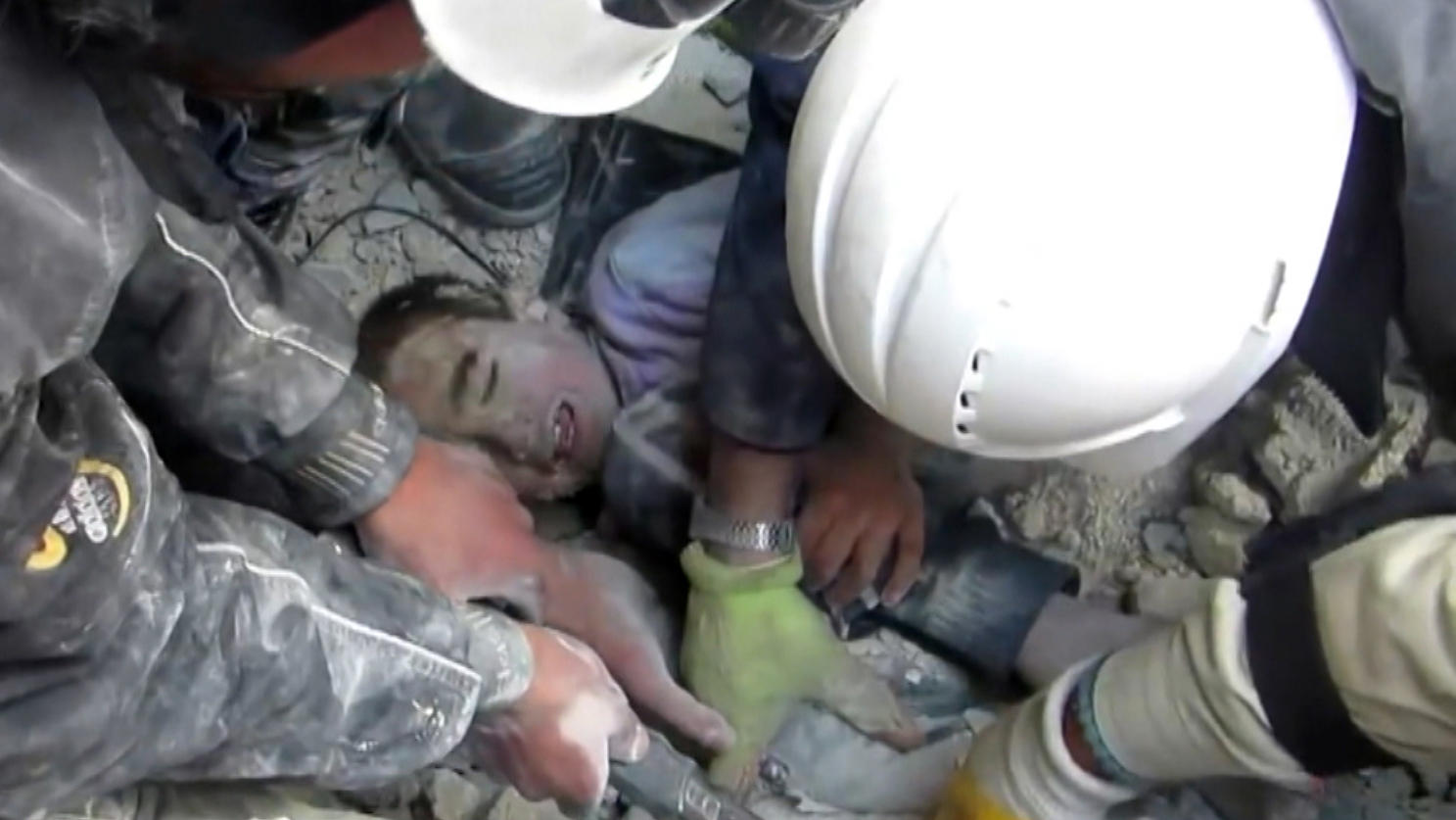 The victims are literally buried. Sometimes it is just fingers or hair protruding through the powdered wreckage of buildings destroyed by the Syrian regime’s bombing campaign.  According to the White Helmets, they have rescued more than 70,000 people. White Helmets frantically dig lives out of what amounts to shallow graves. The rescuers are a self-appointed, all volunteer force called the Syrian Civil Defense, defined by their white helmets and praised for saving the lives of people who would otherwise have no hope. Scott Pelley reports on these men and women who have been working relentlessly for years, especially these past few weeks during the deadly siege of Aleppo. Aleppo is nearly back in the hands of the Syrian government due to the bombings that many are calling war crimes.  Pelley’s story will be broadcast on 60 Minutes this Sunday, Dec. 18 7:30 p.m. ET and 7 p.m. PT.

An excerpt appeared on the CBS Evening News with Scott Pelley. A transcript of that excerpt is below.

Today in Syria, hundreds finally escaped Aleppo in buses and ambulances under a deal that will give the Assad dictatorship full control of the city that has been left in ruin by years of Syrian and Russian bombs. Secretary of State John Kerry called it “nothing short of a massacre.”

Syrian civilians place their only hope in an all-volunteer force of rescue workers called the White Helmets. We met them, on assignment for 60 Minutes.

This is that same boy, his face freed. They excavated the ruin hour by hour. The White Helmets say they have saved 70,000. And with each, they shout their gratitude to God.

Majd Khalaf: “There was a woman,” he told us. “Only four of her fingers were sticking out of the rubble. We could see her moving her fingers like this.”

Fingers, or here, the leg of a boy, are clues in a chaos of concrete. The leg led to hips and a torso, body parts are expected, then they uncover a face. More often than anyone could expect, life is resurrected from a shallow grave.