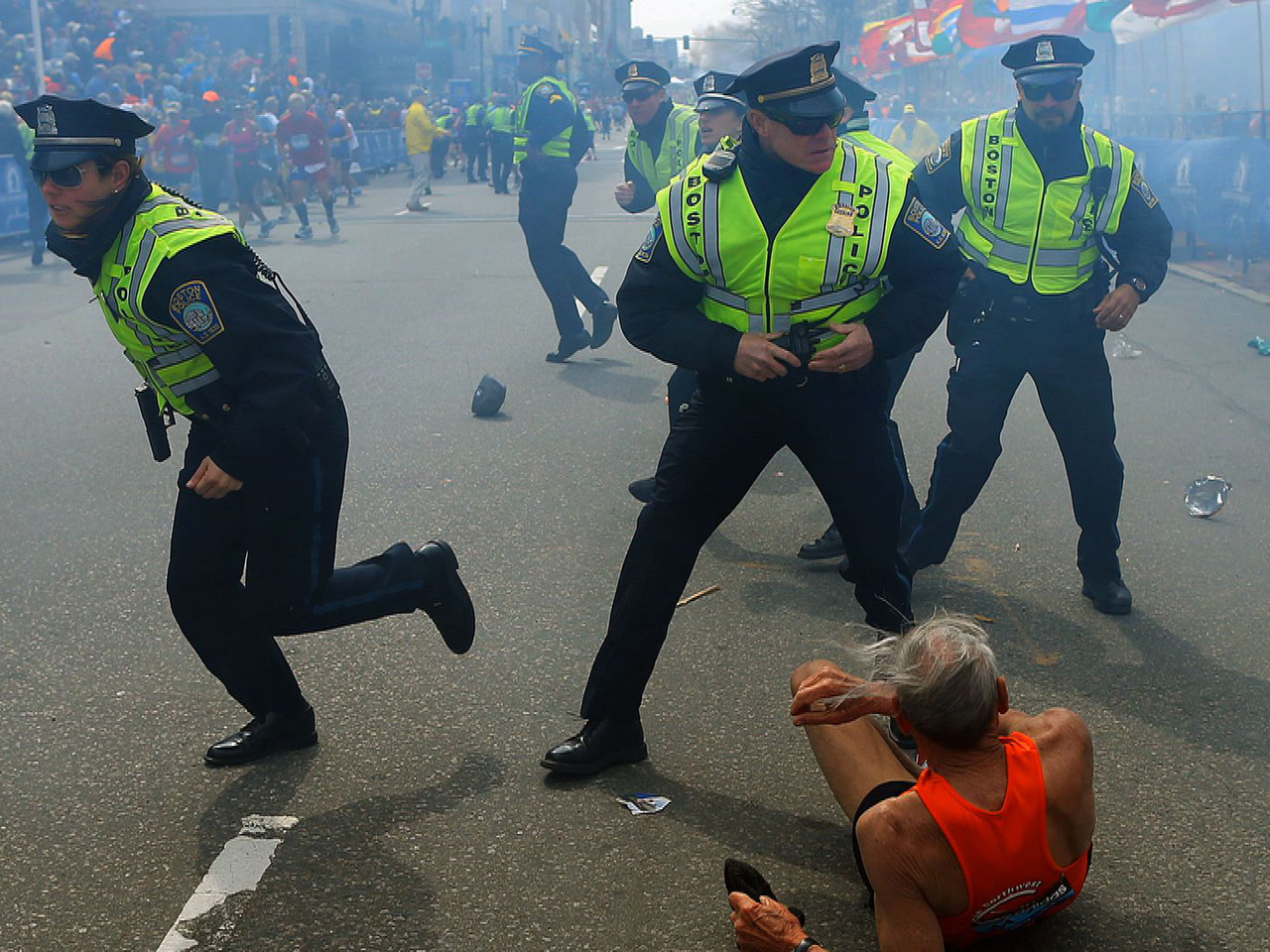 In the wake of the Boston Marathon bombings, 66 percent of Americans now think another terrorist attack in the U.S. is at least somewhat likely in the next few months, according to a new CBS News/ New York Times poll, up from 37 percent last year.

Before the April 15 attack, nearly 12 years had passed without a major terrorist attack on U.S. soil. Americans are split over whether the bombings could have been prevented, according to the poll, conducted April 24-28. At the same time, they give the president and law enforcement high marks for their response to the attack.

As many as 68 percent of Americans approve of Mr. Obama's response to the bombings, and 56 percent approve of his handling of terrorism generally. However, his overall job approval is lower, at 47 percent -- similar to last month.

Many Republicans give the president credit for his handling of the Boston attacks (47 percent approve), but just 12 percent approve of the overall job Mr. Obama is doing as president.


Mr. Obama said Tuesday that law enforcement did an "

exemplary job  responding to the bombings, and Americans seem to agree: 84 percent said they approve of the way federal and local law enforcement handled the attack.

While investigations into the Boston bombings are ongoing, more Americans (53 percent) think the suspects in the attacks were connected to a larger terrorist group than think they acted alone (32 percent). Americans across the political spectrum are inclined to hold this view.

Americans continue to see terrorism as part of life in the U.S. Nine in 10 agree with the statement: "Americans will always have to live with the risk of terrorism."

At the same time, just a quarter are very concerned about an attack in their own area. That number was higher in the years following the 9/11 attacks. Northeasterners are more concerned than those living in other regions about an attack where they live.

And while 25 percent of Americans say they are less likely to attend large public events because of terrorism, most (72 percent) are not less likely to do that.

A majority of the public, 70 percent, has at least a fair amount of confidence in the federal government's ability to protect its citizens from terrorism. Confidence has dipped slightly since November 2010. Most Americans think the U.S. is prepared to deal with another terrorist attack, but they are less confident in their state and local governments.

The Boston bombing suspects were identified through security cameras located near the site of the attacks. Most Americans (78 percent) think having surveillance cameras in public places is a good idea -- one that would help reduce the threat of terrorism. Just 16 percent say such cameras are an infringement on privacy.

In addition, by more than two to one, Americans say information about making explosives should not be permitted on the Internet. Those under age 30 are more likely than older Americans to think that information should be allowed.

More generally, half of Americans think the government has struck the right balance between fighting terrorism and maintaining people's civil liberties. However, 26 percent say the government hasn't gone far enough in restricting liberties in order to combat terror, up from 17 percent in 2011. Another 20 percent say it's gone too far.

Republicans and independents are bit more likely than Democrats to think the government has gone too far in restricting civil liberties in the fight against terrorism. Majorities of all partisan stripes support public cameras as way to reduce terrorism, and say information about making explosives should not be permitted on the Internet.

Nearly half of Americans now think legal immigration into the country has increased the threat of terrorism against the United States. Republicans are especially likely to express this sentiment.

Favorable impressions of the Islam religion are higher among those who know someone who is Muslim, compared to those who do not.