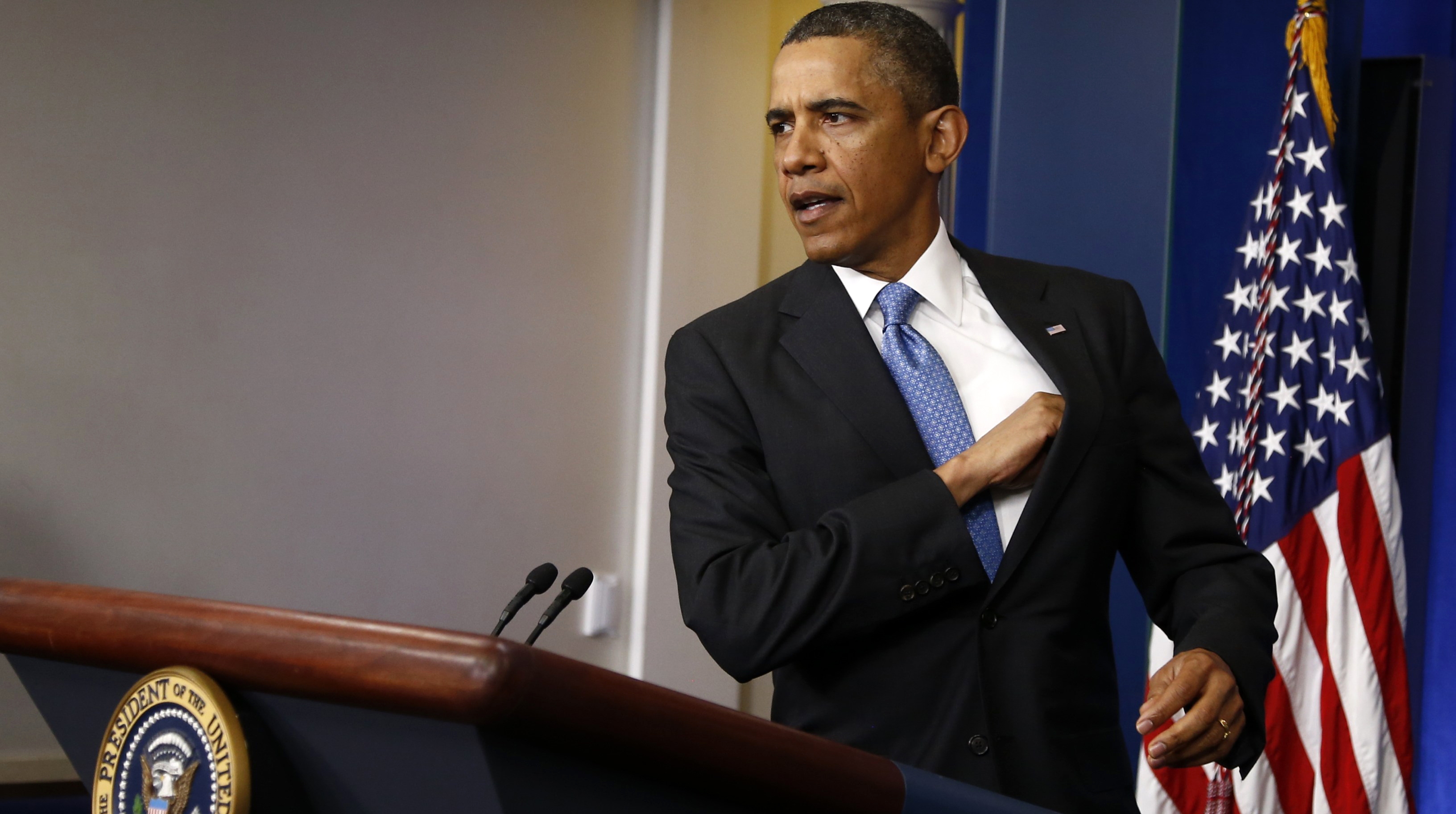 In the face of recent criticism about the federal response to the Boston bombings, President Obama on Tuesday lauded the "exemplary" response of law enforcement agents, and dismissed criticism as inaccurate headline-bait.

Mr. Obama, speaking to reporters at a White House press briefing on the 100th day of his second term, expressed his pride in the people of Boston and their handling of the bombings, which killed three people and injured more than 260.

"What we saw in Boston was state, local, federal officials, every agency, rallying around a city that had been attacked, identifying the perpetrators just hours after the scene had been examined," he said. "We now have one individual deceased one in custody. Charges have been brought."

In the wake of the bombings, law enforcement and federal officials combined forces in their efforts to swiftly identify and apprehend potential perpetrators. Within the week of the incident, one suspect, 26-year-old Tamarlan Tsarnaev, had been killed in a shoot-out with law enforcement. His younger brother, Dzhokhar Tsarnaev, was in custody.

But in the days since the two brothers were identified as the alleged bombers, evidence has emerged that at least one of them was viewed as a potential threat by both the Russian government and the C.I.A., and more than one lawmaker, including Sen. Lindsey Graham, R-S.C., has suggested the federal government let the case slip through its fingertips.

Mr. Obama dismissed to reporters Graham's critiques as "not right." But, he added, "I'm sure [Graham's comments] generated some headlines."

"They not only investigated the older brother, they interviewed the older brother," Mr. Obama said, referring to the now deceased Tamarlan Tsarnaev. Since there was "no sign he was engaging in extremist activity," the question, Mr. Obama said, is "was there something that happened that triggered radicalization and an actual decision by the brother to engage in the attack."

Either way, Mr. Obama insisted the federal response was "exemplary" and said "we should be very proud of their work as obviously we're proud of the people in Boston."

Asked about Syria, and the recent allegations that chemical weapons were used there in two separate attacks last month, the president reiterated the notion that such behavior would qualify as a "game changer" for his administration. But he also insisted that he needs more information before he can ramp up his administration's response.

"When I said the use of chemical weapons would be a game changer, that... was not a position that's unique to the United States and it shouldn't have been a surprise," Mr. Obama said. But, he added, "we don't know how [the chemical weapons] were used, when they were used, who used them, we don't have a chain of custody."

"If we end up rushing to judgment without hard effective evidence then we can find ourselves in a position here we can't mobilize the international community to support what we do."

The president said there was a "spectrum of options" he is potentially prepared to use in Syria that are "on the shelf right now," but declined to specify as to what those options are.