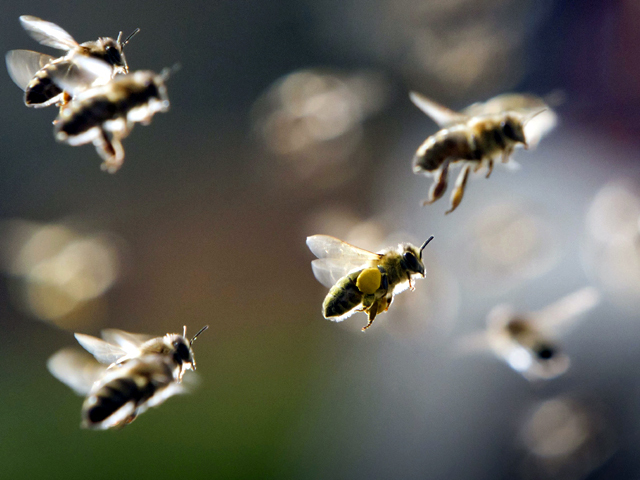 (CBS/AP) Tennessee agricultural officials say a colony of partially Africanized bees, which are more aggressive than domestic honey bees, have been found in East Tennessee.

The Tennessee Agriculture Department said in a news release that the bees were found last week in a colony belonging to a beekeeper in Monroe County. State Apiarist Mike Studer said these bees have been found in other states, but this is the first time they have been found in Tennessee.

An East Tennessee beekeeper discovered the bees about two weeks ago, The Tennessean reports. After opening a hive with the Africanized bees, the man's father said his son was in caught in a cloud of bees. The beekeeper made his escape by jumping in his car and driving away, after a five-minute pursuit by the bees.

European honey bees are more docile and would have remained in the hive, according to Studer. That wasn't the case with the partially Africanized bees. The beekeeper claimed up to 100,000 bees burst out of the hive upon opening.

Studer said they will work with beekeepers to monitor their hives and look for other aggressive bees.