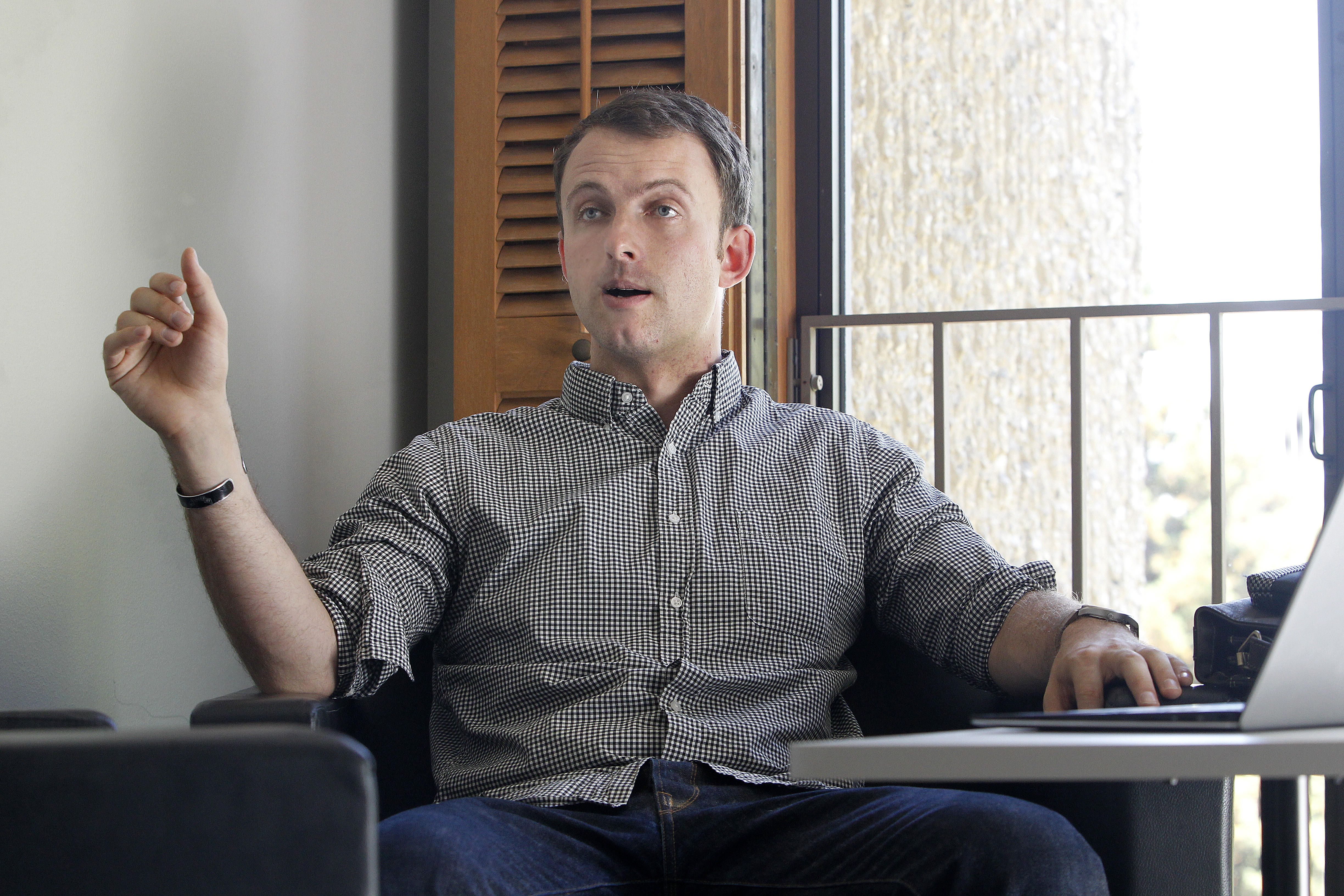 SAN DIEGO -- Army Capt. Matthew Ball relied heavily on his Afghan interpreter during a yearlong mission in one of Afghanistan’s most dangerous areas, entrusting him daily with his life.

The interpreter received death threats from the Taliban for helping American troops, and has now been in hiding for nearly four years. He ventures out only in the cloak of darkness.

“I’m living my days in hell. Even if someone is not really looking at me, I feel so paranoid, like this guy is going to kill me,” Qismat Amin said in an interview with The Associated Press via an internet call.

Amin is one of more than 13,000 Afghans and their immediate family members waiting to get a special immigrant visa for aiding the U.S. mission, according to the U.S. State Department. A defense bill approved by Congress and sent to President Barack Obama calls for an additional 1,500 visas and extends the program until the end of 2020.

Scores of veterans like Ball, who have been trying to get their translators out of the country, say the number is woefully inadequate and that the United States will be abandoning thousands who helped American troops.

“We leave and they’re still there and they get hunted, basically, for what they’ve done,” said Ball, 30, a former Army ranger who now serves in the Reserves. “Being an interpreter makes you a target. Unfortunately, we don’t live up to our promises on the back end.”

America’s longest war, which began in response to 9/11, grinds on in its 16th year. Afghan soldiers and police have been suffering heavy casualties in their battle against a resilient Taliban insurgency, while U.S. forces continue to hunt down al Qaeda and Islamic State of Iraq and Syria (ISIS) militants there.

The special visa program started in 2009 to help Afghan translators, cultural advisers and others who have worked for U.S. military or government personnel.

Ball’s interpreter applied more than three years ago for a visa. Among Amin’s letters of recommendation was one from retired Army Gen. John Campbell, the former commander of American and NATO forces in Afghanistan.

ISIS fighters have demanded Amin return to his village, and they took his family’s land last year. But Amin knows he will be killed if he goes back so he has moved to a nearby city.

A bomb blew up outside a police headquarters near where he lives now. A man living nearby was shot by unidentified assailants. Neighbors said he was targeted after working for Americans.

Amin has been unable to work and has spent most of the earnings from working for the U.S. military, which paid him about $650 a month.

Ball has tried to find out why Amin’s visa is in limbo. Now a Stanford University law student, Ball organized a letter drive that led to a dozen congressional inquiries into Amin’s case, to no avail.

Amin this month was told to come in for a medical appointment at the U.S. embassy in Kabul, another step forward in the process. But he still has no word on whether he’ll get a visa.

Amin’s long wait is not unique.

Sher Mohammad Haidari, 26, submitted more than three dozen written recommendations from colonels, generals and other U.S. military officers who commended him for his bravery. In one incident, Haidari heard the Taliban speak in code about firing on two dozen soldiers and translated it to the troops. They took cover, and a three-hour firefight ensued. He was wounded.

In 2011, Haidari completed a three-hour interview for his visa. Then everything stalled. He regularly received death threats until his visa finally was approved this year. Haidari moved to California with his wife and baby son in September.

“There’s a lot of other interpreters who were shot, hurt, are crazy disabled, and all of them are stuck in Afghanistan,” Haidari said.

David Sossaman, 57, a security specialist, lobbied for Haidari and three other interpreters who worked for him.

“I can’t figure out why there is even a cap at all,” said Sossaman, who lives in Ramona, east of San Diego. “If somebody assisted us in the war over there and saved American lives by running convoys so our troops could be doing their jobs, or whatever, and they now have gotten active threats by known Taliban, why even limit it?”

Congress has added 7,000 visas to the program over the past two years to meet the demand, and the process has sped up. So far in fiscal year 2016, a total of 4,283 visas have been issued to Afghans who helped the U.S. mission. That compares to 2,636 for 2015, the state department said in an October report.

But thousands are still waiting amid the worsening security situation.

Betsy Fisher, policy director of the International Refugee Assistance Project, wanted Congress to approve an additional 4,000 visas so the process could be expedited for applicants living in danger.

New Hampshire Sen. Jeanne Shaheen, a Democrat, agreed, saying: “It is no exaggeration to say that this is a matter of life and death as Afghans who served the U.S. mission continue to be systematically hunted down by the Taliban.”

The program has enjoyed bipartisan support. But veterans, like Ball, worry about its future under President-elect Donald Trump, whose national security campaign proposals included a temporary ban on Muslims, the religion of many of the Afghans who helped the U.S. mission. Trump’s pick for attorney general, Sen. Jeff Sessions, has objected to increasing the visas. He raised concerns about its costs tied to federal benefits like Medicaid and food stamps that are available to Afghans who resettle in the U.S. and become lawful permanent residents.

After Trump’s election, Ball received a message from Amin, who said he was growing increasingly fearful for his life.

“He told me, ‘If I stay too long, I might not make it,’ which totally breaks my heart,” Ball said.