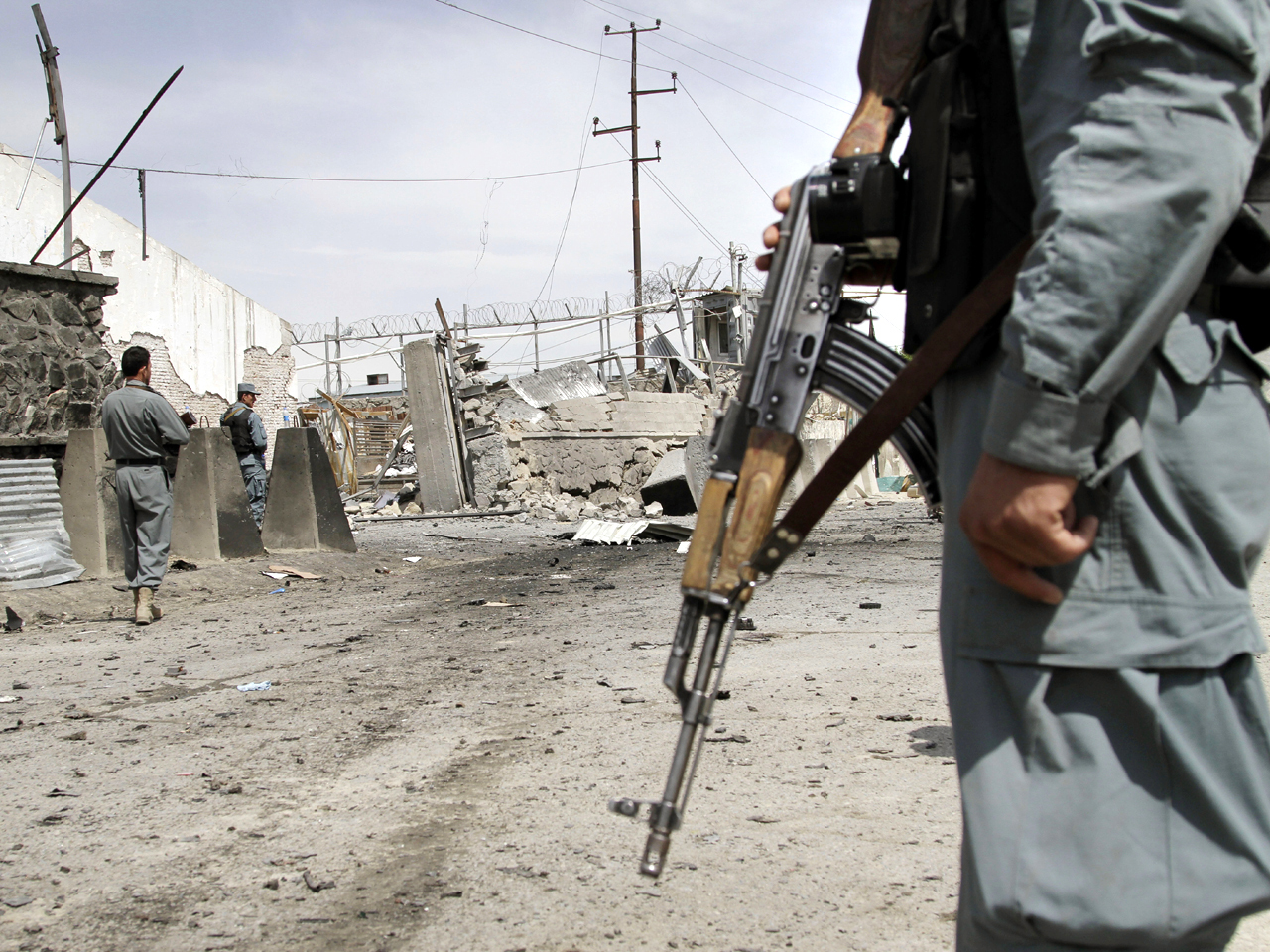 (AP) WASHINGTON - In the latest likely case of an insider attack, an American service member was killed and several others injured Monday when individuals dressed in Afghan police uniforms turned their guns on them in southern Afghanistan, U.S. officials said.

Jamie Graybeal, a spokesman for the International Security Assistance Force in Afghanistan, confirmed the death and said that the three Afghan shooters fled and are being sought. Although they were wearing police uniforms, it was not yet certain if they were actually Afghan police or were just wearing the clothing.

Other U.S. officials said that nine U.S. troops were injured in the shooting, mostly with fairly minor wounds. The officials spoke on condition of anonymity to discuss an investigation.

Neither Graybeal nor other officials would say which branch of the service the U.S. troops were from or provide details on the location of the shooting.

The number of insider attacks in Afghanistan has escalated, with more than a dozen fatal assaults already this year, that have led to more than 20 deaths.

Officials have not routinely reported the attacks when troops were wounded until a recent Associated Press story detailed the omission. They don't usually disclose the number of service members who are wounded in the fatal attacks.

The attacks spiked after a series of mistakes and other behavior problems by U.S. troops serving in Afghanistan, including the accidental burning of Qurans and other religious materials earlier this year.

Efforts to drawdown the number of U.S. troops in Afghanistan - currently at 88,000 - rely on the Americans working closely with their Afghan partners to train and mentor them so that they can take over the security of their country. But such insider attacks fuel distrust between the troops and have triggered increased security protections for the U.S. service members serving in Afghanistan.