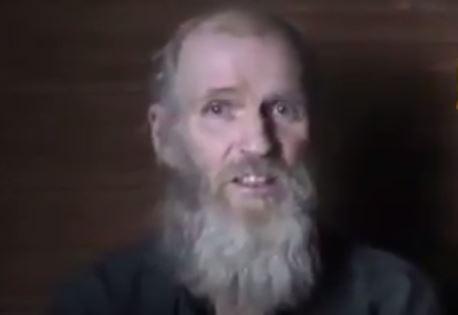 Kevin King, an American professor who was taken hostage by the Taliban in Afghanistan last year, is seriously ill and his health is deteriorating, according to a statement released by the extremist group on Monday. The statement called on the United States to meet the group's demands as soon as possible, or the Taliban would not be accountable for King's death.

King and his colleague, Australian Timothy Weeks, were teaching at the American University of Afghanistan (AUAF) in Kabul when they were kidnapped by the Taliban in August 2016.

"We have periodically tried to treat and care for him but since we are facing war conditions and do not readily have access to health facilities therefore we are unable to deliver complete treatment," the statement released by the Taliban said.

The group urged that their demands for the release of the hostages be met, adding that if "the illness of Kevin King becomes incurable or he loses his life... (we) will not be held responsible."

Early Monday, the AUAF released a statement saying King and Weeks were "innocent victims of a criminal abduction. They came to Afghanistan to teach Afghan youth and contribute to building a peaceful Afghanistan. They have done no harm to anyone. We strongly urge the Taliban immediately to release Mr. King and Mr. Weeks unharmed."

U.S. officials said in September that American forces had launched a mission to try to rescue the hostages, but the captives were not found at the raided location.