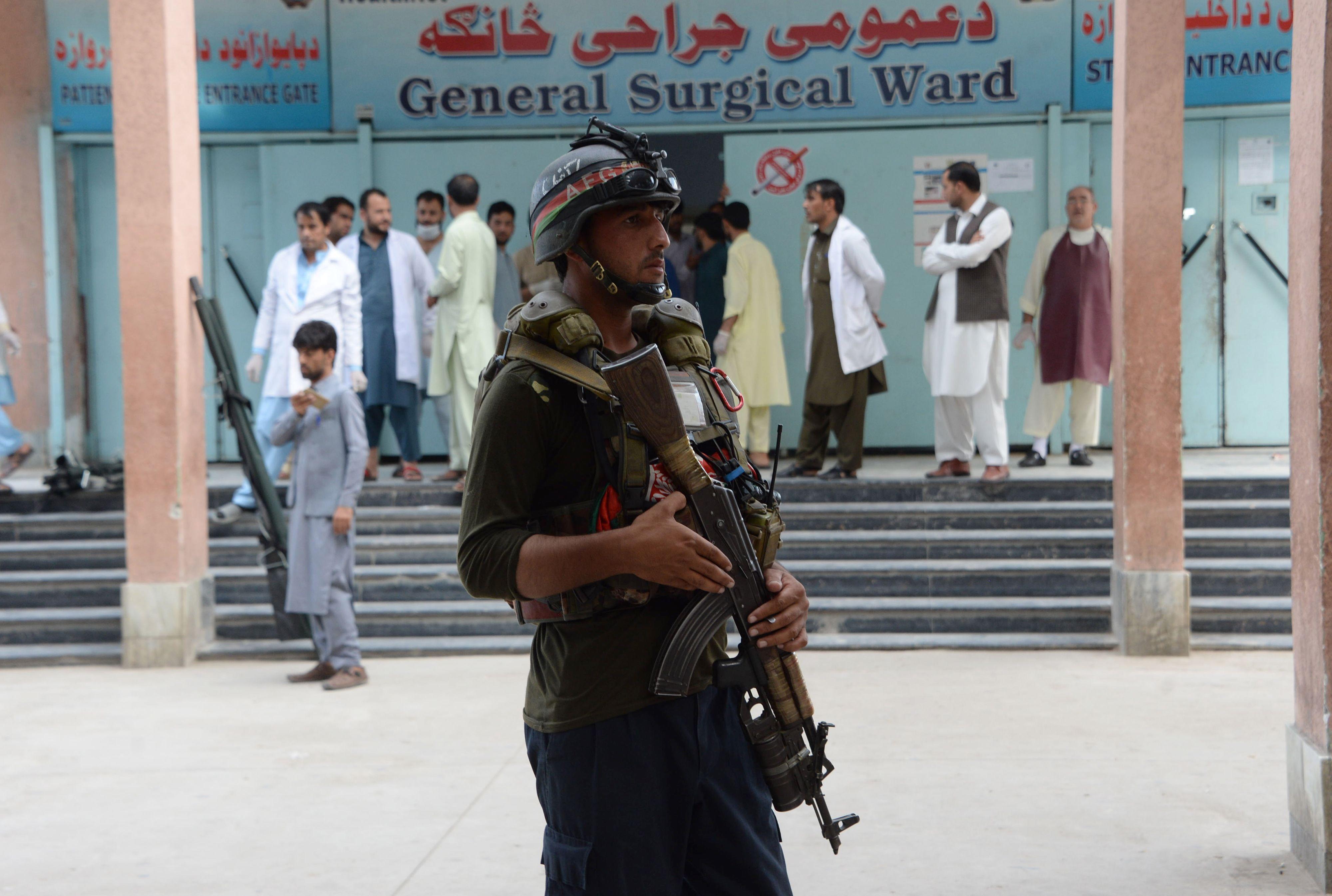 KABUL, Afghanistan -- An Afghan official says a Taliban assault in northern Jawzjan province has killed 12 members of the security forces and wounded another 10. Gen. Faqir Mohammad Jawzjani, provincial police chief in Jawzjan, told The Associated Press on Tuesday that the attack took place in Qush Typa district late on Monday.

Jawzjani says the assault was a failed attempt to capture the district. He says 30 Taliban were killed and 19 wounded.

Taliban spokesman Zabihullah Mujahid says the insurgents are claiming responsibility for the attack. He, however, claimed a higher number of casualties among the Afghan police. The Taliban often exaggerate their claims.

The Taliban have seized a number of districts across the country in recent years and regularly attack security forces. The latest assault comes just two weeks before Afghanistan holds parliamentary elections.

On Sunday, the U.N. mission in Afghanistan said civilian deaths from suicide bombings rose 46 percent in the first nine months of this year from the same period last year and that deaths from roadside bombs were up 21 percent. It says more than 1,000 people were killed and more than 2,500 have been wounded this year in both kinds of attacks, including scores of women and children.

It said suicide bombings caused more civilian deaths than any other form of violence, including ground battles between troops and insurgents.

"Deliberately targeting civilians is a war crime and cannot be tolerated," said Tadamichi Yamamoto, the U.N. envoy for Afghanistan. "The unpredictable nature of these types of attacks has caused Afghans unbearable suffering and forced them to live in fear of the next explosion, severely curtailing their ability to carry out normal lives."

The U.N. said that in the first nine months of this year it has documented more casualties from attacks on Shiites than in the whole of 2017.