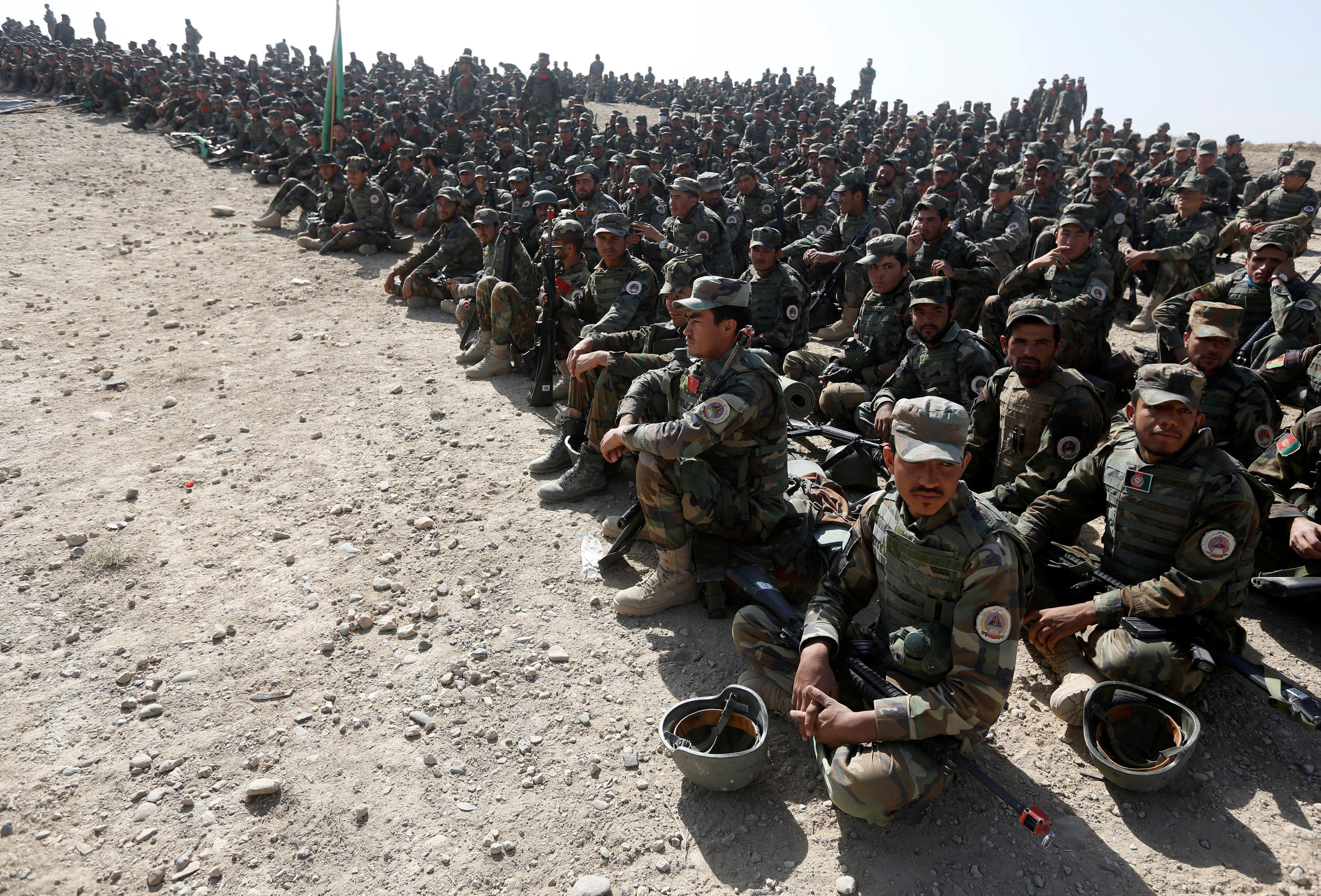 KABUL, Afghanistan -- The Taliban have killed at least 58 Afghan security forces in a wave of attacks across the country, including an assault that officials say wiped out an army camp in the southern Kandahar province.

Spokesman Dawlat Wazir said the attack on the army camp late Wednesday, which involved two suicide car bombs and set of hours of fighting, killed at least 43 soldiers. Nine other soldiers were wounded and six have gone missing, he said, adding that 10 attackers were killed.

The Taliban claimed the attack in a media statement.

A Ministry of Defense official told CBS News' Ahmad Mukhtar that the attackers struck in the middle of the night while most of the 60 soldiers at the camp were sleeping. The Ministry spokesman confirmed to CBS News that the camp was totally destroyed.

Afghan forces have struggled to combat a resurgent Taliban since U.S. and NATO forces formally concluded their combat mission at the end of 2014, switching to a counterterrorism and support role.

The Taliban unleashed a wave of attacks across Afghanistan on Tuesday, targeting police compounds and government facilities with suicide bombers in the country's south, east and west, and killing at least 74 people, officials said.

Among those killed in one of the attacks was a provincial police chief. Scores were also wounded, both policemen and civilians. Afghanistan's deputy interior minister, Murad Ali Murad, called Tuesday's onslaught the "biggest terrorist attack this year."