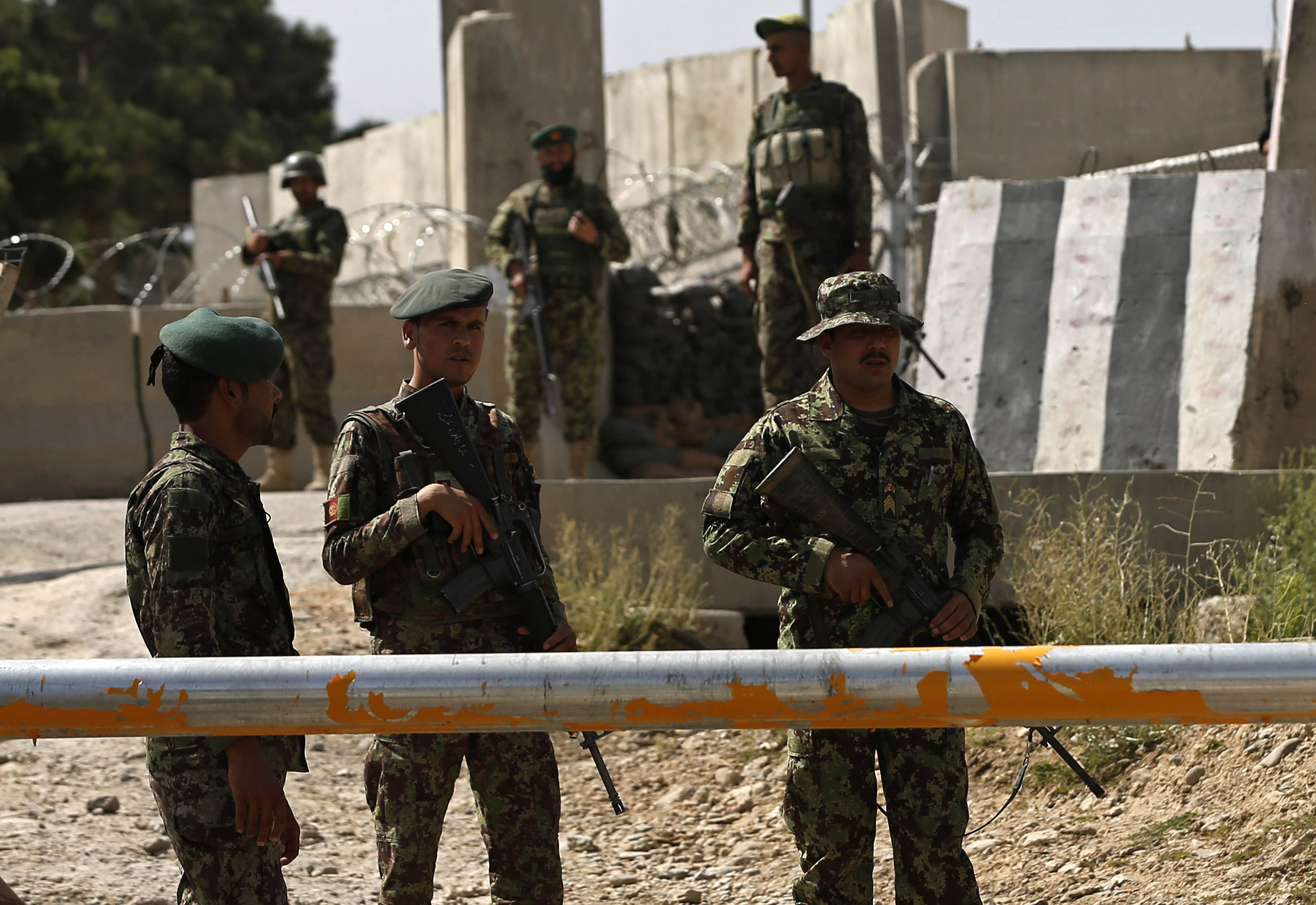 KABUL, Afghanistan - An American general was killed in an apparent insider attack Tuesday by a member of the Afghan security forces, a Pentagon spokesman said, the highest-ranking U.S. Army officer to be killed in the Iraq or Afghanistan wars.

The spokesman, Rear Adm. John Kirby, said that the assailant, dressed in an Afghan army uniform, fired into a group of international soldiers at the Marshal Fahim National Defense University at Camp Qargha, a base west of Kabul, and was subsequently killed.

The American general was identified late Tuesday as Major Gen. Harold Greene. Gen. Greene was deputy chief of the training and assistance command which is at the heart of the American strategy to pull its combat troops out of Afghanistan by the end of this year.

As a two-star general, he was the highest ranking American officer killed since 9/11, when one of the hijacked airliners smashed into the pentagon, killing, among others, a three-star General Timothy Maude.

Another 15 people, roughly half of them Americans, were wounded. CBS News correspondent David Martin reported that some were in serious condition. Among the wounded were a German brigadier general, two Afghan generals and an Afghan officer, whose rank the Afghan Defense Ministry did not provide.

The attack occurred during a site visit to the university by coalition members.

While details remained murky about what sparked the attack, it showed the challenges still remaining in Afghanistan, a nation that's known three decades of war without end.

Gen. Mohammad Zahir Azimi, a spokesman for Afghanistan's Defense Ministry, said a "terrorist in an army uniform" opened fire on both local and international troops. Azimi said the shooter had been killed and that three Afghan army officers were wounded. He did not offer a motive for the assault.

NATO said it was investigating the attack, which Afghan President Hamid Karzai condemned as "cowardly."

It is "an act by the enemies who don't want to see Afghanistan have strong institutions," Karzai said in a statement.

In a statement sent to journalists, Taliban spokesman Zabihullah Mujahid praised the "Afghan soldier" who carried out the attack, as well as a police officer in Paktia province who shot at NATO forces earlier Tuesday. He did not claim the attacks.

CBS News' Ahmad Mukhtar reported that Camp Qargha is funded by Britain and is modeled on the esteemed Sandhurst British military academy. Camp Qargha is expected to be Britain's only military presence in the country after combat troops complete their pullout by next year.

In a statement, the British Defense Ministry said it was investigating the incident and that "it would be inappropriate to comment further at this time."

Soldiers were tense in the immediate aftermath of the shooting. One soldier in a NATO convoy leaving Camp Qargha fired a pistol in an apparent warning shot in the vicinity of Associated Press journalists who were in a car, as well as pedestrians standing nearby. AP photographer Massoud Hossaini said he and an AP colleague were about 15 feet from the soldier at the time.

"The vehicle before the last one, someone shouted at me," Hossaini said. "The last one, the soldier opened fire."

No one was wounded.

The Qargha shooting comes as so-called "insider attacks" - incidents in which Afghan security turn on their NATO partners - largely dropped last year. In 2013, there were 16 deaths in 10 separate attacks. In 2012, such attacks killed 53 coalition troops in 38 separate attacks.

Such "insider attacks" are sometimes claimed by the Taliban insurgency as proof of their infiltration. Others are attributed to personal disputes or resentment by Afghans who have soured on the continued international presence in their country more than a dozen years after the fall of the Taliban's ultra-conservative Islamic regime.

Foreign aid workers, contractors, journalists and other civilians in Afghanistan are increasingly becoming targets of violence as the U.S.-led military coalition continues a withdrawal to be complete by the end of the year.

In eastern Paktia province, an Afghan police guard also exchanged fire Tuesday with NATO troops near the governor's office, provincial police chief Gen. Zelmia Oryakhail said. The guard was killed in the gunfight, he said. It wasn't clear if the two incidents were linked and police said they were investigating the incident.

The attack in western Herat province comes as civilian casualties from NATO attacks remain a contentious issue across the country. Almost 200 people protested against NATO in Herat on Tuesday, carrying the bodies of the dead civilians into the provincial capital and demanding an investigation.

In a statement, NATO said it was aware of the attack and was investigating, without elaborating.

Civilians increasingly find themselves under fire as the 2001 U.S.-led war draws to a close, as Afghan forces take the lead in operations targeting the Taliban. The civilian death toll in the war in Afghanistan rose 17 percent for the first half of this year, the United Nations reported in July. The U.N. said 1,564 civilians were killed from January through June, compared with 1,342 in the first six months of 2013. It blamed

Karzai has repeatedly clashed with NATO over civilian casualties and strongly condemned the helicopter attack Tuesday.