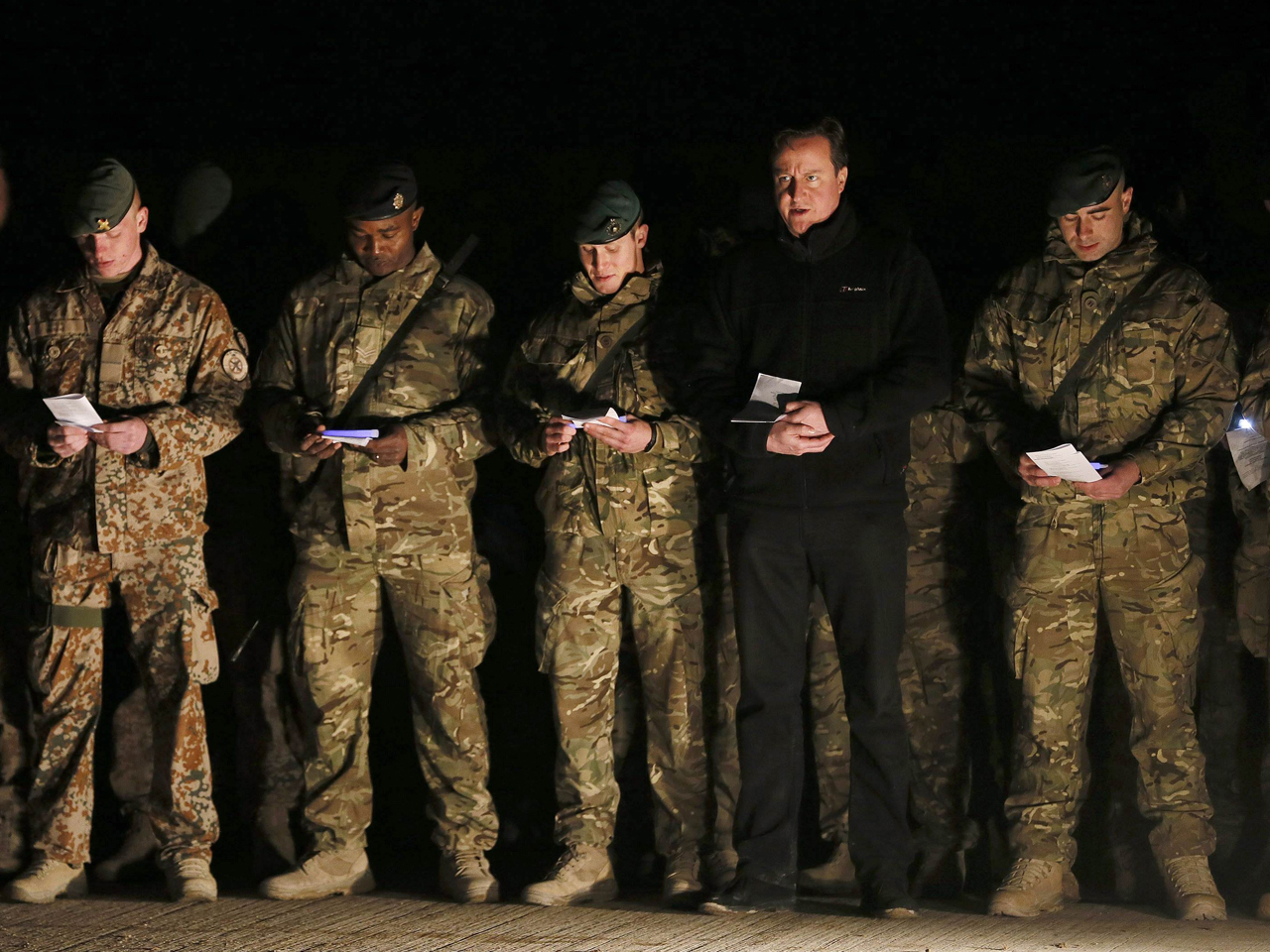 KABUL, Afghanistan An individual wearing the uniform of Afghanistan's army turned his weapon against foreign and Afghan troops in a southern province, killing one British soldier, in another apparent attack by a member of the country's military against its foreign allies, the NATO command said Tuesday.

CBS News' Mukhtar Ahmad says the Taliban claimed responsibility for the shooting. In a statement, the Taliban said a militant had infiltrated the Afghan National Army and carried out the attack. He was killed after fleeing the scene at a police checkpoint, according to the militant group.

It was the first insider attack of 2013, in which several British soldiers were also reported wounded.

Killings by uniformed Afghans of foreign soldiers and civilians rose dramatically last year. The attacks come as NATO and Afghan forces are in more intimate contact, with foreign troops handing over security to the Afghans and continuing to train them prior to an almost total withdrawal by the end of 2014.

NATO command spokesman Brig. Gen. Gunter Katz identified the soldier in Monday's shooting as British but the name was not released.

"Yesterday, a suspected member of the Afghan National Army shot and killed a British (NATO) soldier," Katz told a news conference. He said the shooting occurred at a patrol base in Nahri Sarraj district of Helmand province and that the shooter fired at both Afghan and British troops. He said the incident is under investigation.

The Taliban called referred to the attacker as an "infiltrator," a term they have used in the past to refer to members who have enlisted in the military to conduct such an attack. They identified the assailant as Mohammad Qasim Faroq.

A Ministry of Defense official in Kabul, who requested anonymity because the investigation was continuing, said six British soldiers were also wounded.

Earlier, an Afghan military spokesman in Helmand, the most violent province in the country, said the attack occurred in the Gereshk District.

Several similar attacks have occurred in Helmand. Capt. Walter Reid Barrie was shot and killed in Nad Ali district of Helmand Nov. 11, the last British soldier to die before Monday's incident. Two British soldiers were killed by an Afghan policeman last October. And the same month a police officer, along with militants, poisoned their colleagues and shot others, leaving six Afghans dead.

So-called insider attacks killed 61 people in 45 incidents last year compared to 35 killed in 21 attacks a year earlier, according to NATO. This tally does not include the Dec. 24 killing of an American civilian adviser by a female member of the Afghan police because an investigation of the reportedly mentally unstable woman is continuing.

In some cases, militants have donned Afghan army or police uniforms to attack foreign troops. And a number of attacks have also been carried out by members of Afghan security forces against their own comrades.

A total of 439 British forces personnel and Ministry of Defense civilians have died during the 11-year war, the second highest toll in the NATO-led coalition after the United States. Of these, 396 were killed as a result of hostile action, according to official British death tolls.