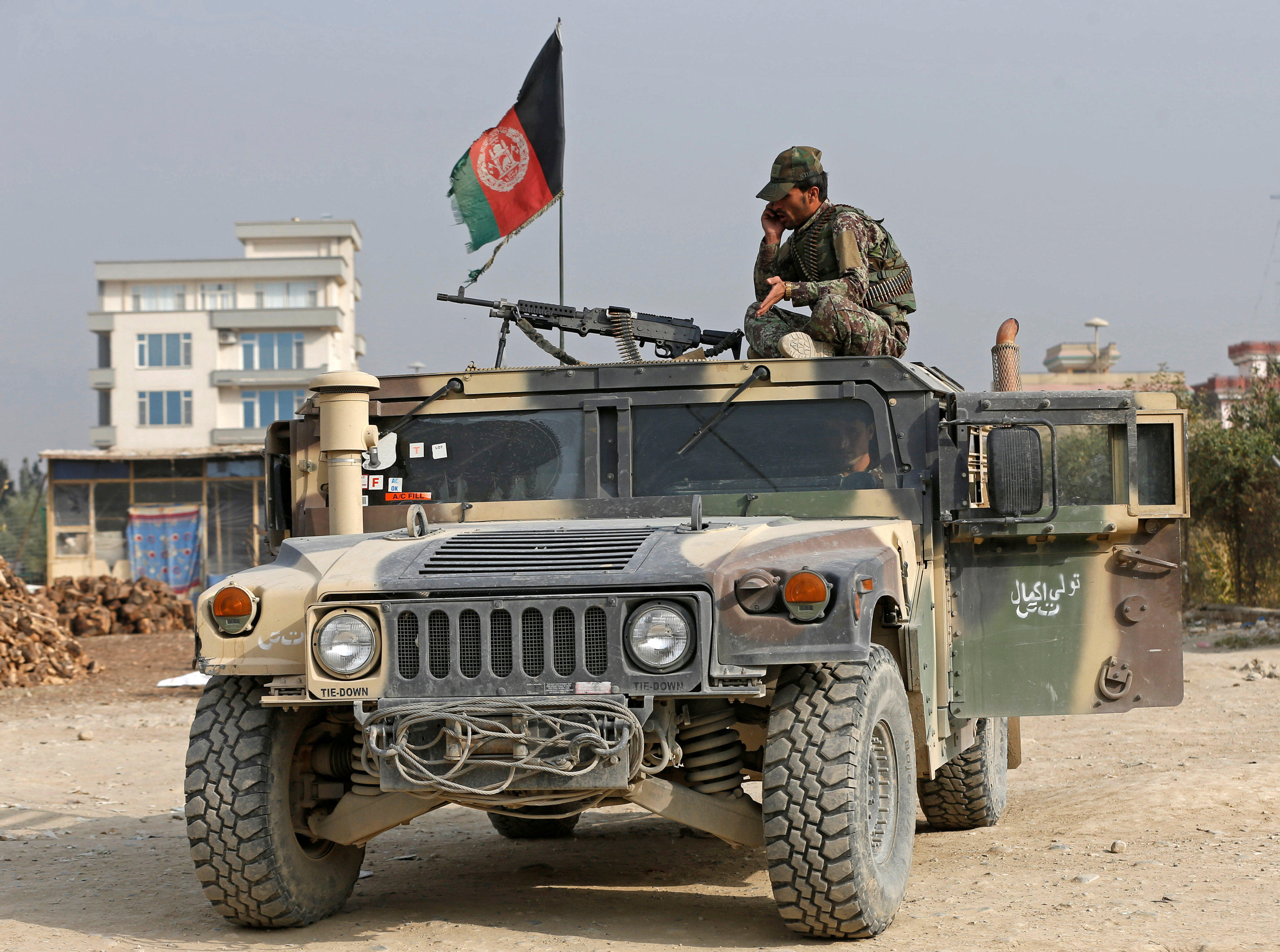 KABUL, Afghanistan -- The Taliban launched an attack early Monday on a newly established joint Afghan army and police checkpoint in eastern Ghazni province, killing at least 13 soldiers and policemen, according to a provincial official. Afghan reinforcements were subsequently dispatched to the site of the attack in Khogyani district but were repeatedly ambushed along the way. And late on Sunday night, a Taliban attack in southern Kandahar province killed at least four policemen.

The assaults came as a resurgent Taliban hold nearly half of Afghanistan, with near-daily attacks on Afghan security forces. The Taliban view the U.S.-backed government in Kabul as a dysfunctional Western puppet and have refused repeated offers to negotiate with it.

Arif Noori, spokesman for the provincial governor in Ghazni, said seven soldiers and six policemen were killed in Monday's attack on the checkpoint, and four soldiers were wounded.

According to Noori, six insurgents were killed and more than 10 others were wounded during the ensuing three-hour battle with Afghan forces. Zabihullah Mujahid, a Taliban spokesman, claimed responsibility for the Ghazni and Kandahar attack.

The joint army-police checkpoint was set up just two days ago in a strategic area to cut off a key supply route for the Taliban but was now completely burned down and destroyed, Noori said.

"Reinforcements were rushed to assist the forces under attack but they were ambushed by other Taliban fighters at least four times while on their way to the checkpoint," said Noori.

The Taliban have stepped up attacks in volatile Ghazni, and in August overran parts of the provincial capital, also called Ghazni. At the time, hundreds of people fled the city amid intense fighting between Afghan forces and the Taliban that killed about 120 members of the security forces and civilians. According to Afghan authorities, nearly 200 insurgents, many of them foreign fighters, were also killed.

Ghazni is the only one out of 34 Afghan provinces where the country's October parliamentary elections could not take place for security reasons. Voting there has been postponed for a year.

In the Kandahar attack on Sunday night, along with the four policemen killed, the Taliban also wounded two others, according to Aziz Ahmad Azizi, the provincial governor's spokesman. He said six insurgents were also killed, and seven were wounded in Khakrez district, where a checkpoint was also attacked. He said the Taliban fled the area after their attack was repelled.

Elections were delayed for a week in Kandahar after an attack by an elite Afghan guard killed two top government officials, including a powerful provincial police chief.