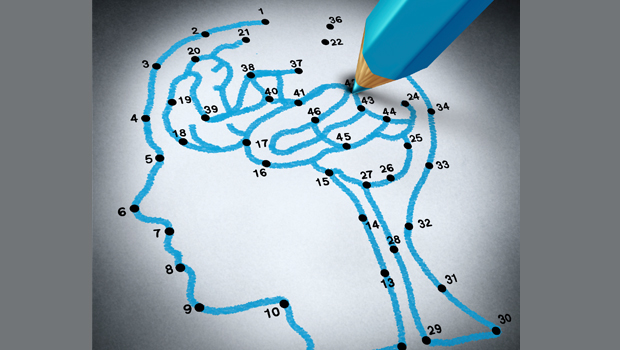 Genes aren't the only culprit causing Alzheimer's disease. As Alzheimer's researchers gain greater understanding of the disease, there's a growing sense that developing effective treatments will need to take into account a mixture of factors including genetics, immune system and lifestyle. And starting those treatments years sooner may be key.

"If somebody told me 10 years ago that something could offset the genetic risk, I would have thought they were crazy," Dr. Greg Petsko, professor of neuroscience at the Brain and Mind Research Institute at Weill Cornell Medical College in New York, told CBS News. "Genetic factors make someone more likely to develop Alzheimer's, but it might be a mixture. It's really a disease that's not inevitable."

The Alzheimer's Association International Conference, taking place in Washington, D.C., this week, is highlighting major advances in the field, including theories about what might cause the disease, drugs and other therapies in development, and the future of managing care.

"We can prevent it, we can beat it," Petsko said. "We understand how it works better than we ever have before, we can find ways."

Alzheimer's disease is the most common form of dementia and the sixth leading cause of death among U.S. adults. More than five million Americans are currently living with the disease -- a number that is expected to triple in the next 35 years as the population ages, according to the CDC.

A new estimate released by the Alzheimer's Association on Monday projects that 28 million baby boomers will develop Alzheimer's by midcentury, with costs rising to nearly a quarter of all Medicare spending by 2040.

Symptoms of Alzheimer's usually begin to appear after age 60 or 65, starting with mild memory loss and progressing into more severe dementia that interferes with daily function and independence. There is currently no treatment or cure, no drug that can stop the disease from taking its toll.

The progressive disease has been a stubborn foe for researchers, proving impervious to many drugs. The goal for future Alzheimer's treatment is increasingly focused on beginning intervention at the earliest stage possible, years or even decades before patients have unrecoverable, advanced memory loss and impaired daily function.

"There is now consensus that Alzheimer's disease begins with changes in the brain that are happening while people are still cognitively normal, decades before memory and thinking problems begin," Dr. Maria Carrillo, the Alzheimer's Association Chief Science Officer, said in a statement. "Still, diagnosis of Alzheimer's usually happens fairly late in the progression of the disease, typically not until symptoms are severe enough to prompt a visit to the doctor."

Brain degeneration, shrinking of a portion of the brain called the hippocampus, and loss of thinking and memory skills all occur with Alzheimer's disease, which researchers can now confirm better through a combination of tests.

Blood tests, memory questionnaires and PET or MRI brain scans are aiding diagnosis, and researchers are developing a number of tests that aim to spot markers of the disease long before memory decline becomes apparent.

In a small study presented at the conference on Sunday, researchers said an experimental saliva test accurately detected substances associated with Alzheimer's disease, although much more work is needed before such a test could be widely employed.

So far no available tests can precisely predict risk or accurately determine how quickly or slowly the disease will progress. The U.S. Preventive Services Task Force does not recommend routine screening for Alzheimer's because of this uncertainty and the fact that there is no current medication that can stop the disease. But those recommendations may be modified as research is progressing.

Progress on two much-anticipated drugs -- monoclonal antibodies, or injectable proteins that target and work to clear Alzheimer's amyloid plaques in the brain -- will be presented at the Alzheimer's Association conference: Eli Lilly's solanezumab and Biogen's aducanumab.

Petsko says the hope in both cases is that lowering the amount of amyloid plaques will slow or stop the characteristic decline in memory and cognition that happens with Alzheimer's. These drugs are not expected to show a large improvement for patients yet -- they are at the beginning of research in human trials. Solanezumab failed to help patients with mild to moderate Alzheimer's in an earlier trial, but researchers are hopeful it will prove more effective in people at the earliest stages.

Many competing research groups are working on developing other possible therapies: research labs like Petsko's at Weill Cornell Medical College as well as pharmaceutical companies, including a company researching viral therapy for which Petsko is on the advisory board, Neurophage. But those potential treatments are still at least several years away.

Solanezumab and aducanumab, the two drugs currently in human trials, will need further trials and probably at least two years to get through the approval process if they show effectiveness. Even if they don't, the manufacturers will likely continue investing more money and time in developing them.

"I think that's absolutely correct because we need to settle the question about whether antibodies will be effective," said Petsko.

With more research has come the realization that it may take multiple approaches and a variety of treatment measures to have an affect on Alzheimer's disease.

Research over the past 20 years has focused on the "amyloid hypothesis," which says that errant amyloid-beta protein fragments cluster and create the brain lesions identified as Alzheimer's disease. Though there is much discussion about whether clearing amyloid from the brain can actually cure the disease, studies show the protein is still central to new research.

"Human genetics is very clear. Even if amyloid-beta is not the toxic species, the pathway to its production is extremely relevant to the disease," said Petsko. "It doesn't mean beta clearing is the answer."

Inflammation that causes an immune system reaction to nerves dying in the brain or other illnesses a patient may have, could also contribute to the progression of Alzheimer's disease. Though inflammation has usually been considered a side effect of Alzheimer's, rather than a cause, new research suggests that it may happen early in the process of memory and cognition loss and perhaps actually accelerates the disease. Researchers are exploring whether treating their patients' inflammation could help their Alzheimer's as well.

Finally, and significantly, lifestyle factors and diseases like high blood pressure and diabetes create much higher risk for Alzheimer's -- they are considered as much of a risk as genetic predisposition by some researchers. Traditional advices has been that seniors should remain active, both physically and in complex thinking tasks, to delay dementia, but those guidelines are expanding.

Mental and physical activity are necessary and helpful for seniors to boost their odds against dementia, but he notes, "It is as important to watch your blood pressure and monitor diabetes and obesity."