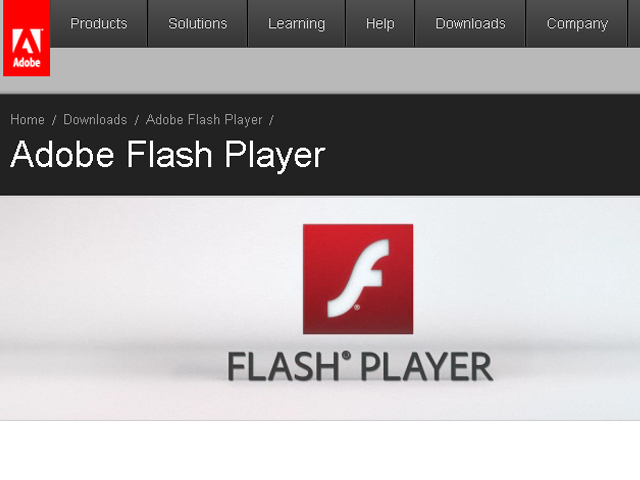 (CBS) - Adobe announced Wednesday it will abandon its mobile Flash Player, instead switching support to HTML5.

ZDNET obtained an email meant for Adobe's partners Tuesday, which said "Adobe is stopping development on Flash Player for browsers on mobile." Additionally, the company will shift focus on mobile applications, expressive desktop content and HTML5 in general.

Adobe released a statement announcing their intention to "aggressively contribute to HTML5."

"HTML5 is now universally supported on major mobile devices, in some cases exclusively. This makes HTML5 the best solution for creating and deploying content in the browser across mobile platforms," vice president and general manager of interactive development Danny Winokur said in the statement.

Those with devices that use Flash will continue to receive support, bug fixes and security updates. The upcoming Flash Player 11.1 for Android and BlackBerry PlayBook will be the final release for the mobile devices.

Winokur continued, "Our future work with Flash on mobile devices will be focused on enabling Flash developers to package native apps with Adobe AIR for all the major app stores. We will no longer continue to develop Flash Player in the browser to work with new mobile device configurations."

The move away from Flash puts an endpoint on the contentious battle between Apple and Adobe. Flash was excluded from iOS devices until recently.

A 2010 statement written by then chief executive officer Steve Jobs pointed out six reasons why the plugin wouldn't be included on Apple's mobile devices. Some of the reasons include Flash's proprietary source code, battery drainage and incompatibility with touchscreens.

"New open standards created in the mobile era, such as HTML5, will win on mobile devices (and PCs too). Perhaps Adobe should focus more on creating great HTML5 tools for the future, and less on criticizing Apple for leaving the past behind," Jobs said at the close of his statement. Zing!

Blue and black? Or white and gold?
Chenda Ngak