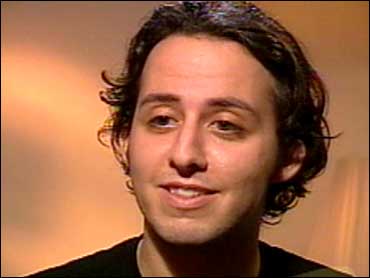 A report is due out later in January on one of the more horrifying accidents in New York City history.

Now, one survivor is learning how to live his life all over again. CBS News Correspondent Tracy Smith has his story on The Early Show.

Paul Esposito, 24, was one of the most seriously injured. But even though he'll live with the scars of that day for the rest of his life, he's adjusting.

From his earliest childhood, it was hard to spot Paul Esposito without a smile. While many young people look to the future with concern, "Paulie" was known for his confidence that things would turn out all right. That confidence was shaken at 3:20 p.m. on the afternoon of Oct. 15.

It's still not clear why the 3,000-ton ferry slammed into the pier. But what happened next will be etched in Paul Esposito's mind forever.

Cattrall on Menopause, "Sex and the City"-Style

He recalls, "After the boat had stopped, I tried to push myself up and I realized that both of my legs were gone, crushed."

Surrounded by debris and awash in blood, the 24-year-old waiter was dying.

He says, "I was just laying there, asking for help, and there were quite a few people who walked by -- crew members and other passengers -- who were there just to look at the carnage, I think. They were just walking by, taking a look, and no one would help."

Finally, a British nurse happened upon him and stopped the bleeding. Emergency surgery at a nearby hospital saved his life. On their way to see their stricken son, Paul Esposito's parents overheard a TV news report.

After what seemed an eternity of waiting without answers, his parents spoke with his doctors for the first time.

Michael Esposito says, "They called us into a private office, closed the door, and asked us to sit down and, to be honest, I thought they were going to tell me my son was dead. When they told us he'd lost both legs, we were hysterical. We were physically on the floor."

Paul Esposito says, "I think my mom has taken it the hardest. She's having a lot of trouble adjusting. Even in the beginning, when she'd go to the hospital, she'd put a pillow at the end of the bed because she didn't want to see the sheets go down where my legs were cut off."

Paul Esposito was alive, but his life would never be the same.

He is anxious to get back on his feet, literally, and his impatience is an ally, sustaining him through brutal rounds of physical therapy to prepare him for prosthetic legs.

But what sets him apart is his can-do attitude. When he was still in the hospital, Paul Esposito was bombarded with cards and letters from well-wishers touched by his unextinguishable smile. Even now, family members lean on him.

His father says, "I steal some of his strength. I mooch it off him. I look at how he's dealing with a situation and I kind of grab and hang on."

The Espositos will need all the strength they can muster: Paul Esposito's medical bills could reach $1 million. And even with prosthetic legs, a man who once stood eye-to-eye with his 6-foot-2-inch father will now never be taller than 5 feet 10 inches. But right now, none of that seems to matter.

Talking about his son, Michael Esposito says, "Right now, I see a 10-foot-tall athletic guy. He's proven to me that he's so much taller and so much stronger than I ever gave him credit for. He's absolutely amazed me."

Community response to Paul Esposito's story has been overwhelming. Local groups are paying to remodel his parents' house so it's wheelchair accessible and the prosthetic legs he'll be getting next month will be donated by the company that makes them.